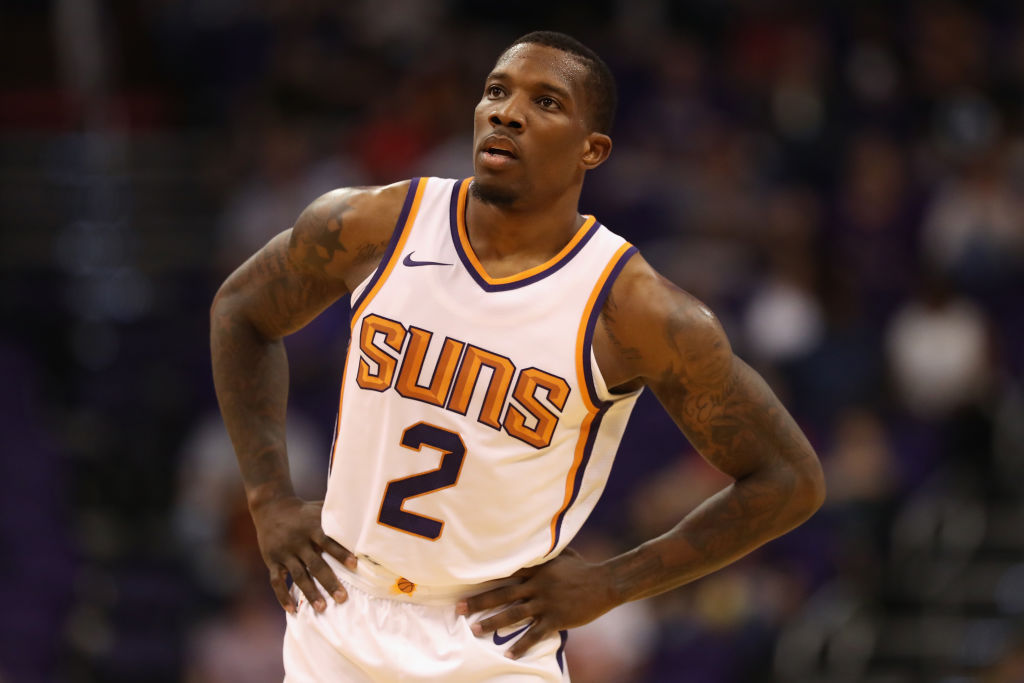 Suns guard Eric Bledsoe is very much on the trade block right now, and it seems like a foregone conclusion that he’ll be moved.

The Suns have a lot of turmoil in their organization right now, after firing head coach Earl Watson just three games into the season.

Around the same time of Watson’s announcement, however, Bledsoe decided to send out this tweet.

Obviously, that didn’t go over well. Bledsoe showed up to practice on Monday, which was probably awkward, and was sent home.

ESPN Sources: Eric Bledsoe met with team this morning before shootaround and he was sent home. He will not play tonight against Sacramento.

Here’s where things get funny. Bledsoe provided a great excuse in an attempt to cover up his tweet.

McDonough RE: Bledsoe's tweet: "He said he was at a hair salon… I didn't believe that to be true. He won't be with us going forward."

And that leads us to the trade talks.

It’ll be interesting to see who’s been attempting to land Bledsoe. We have to believe the Cavs are one of the top suitors.

But my favorite part of all this is still the hair salon excuse.

Bledsoe may have run his way out of Phoenix. Speaking of that, for a great deal on Spurs shoes, click here.