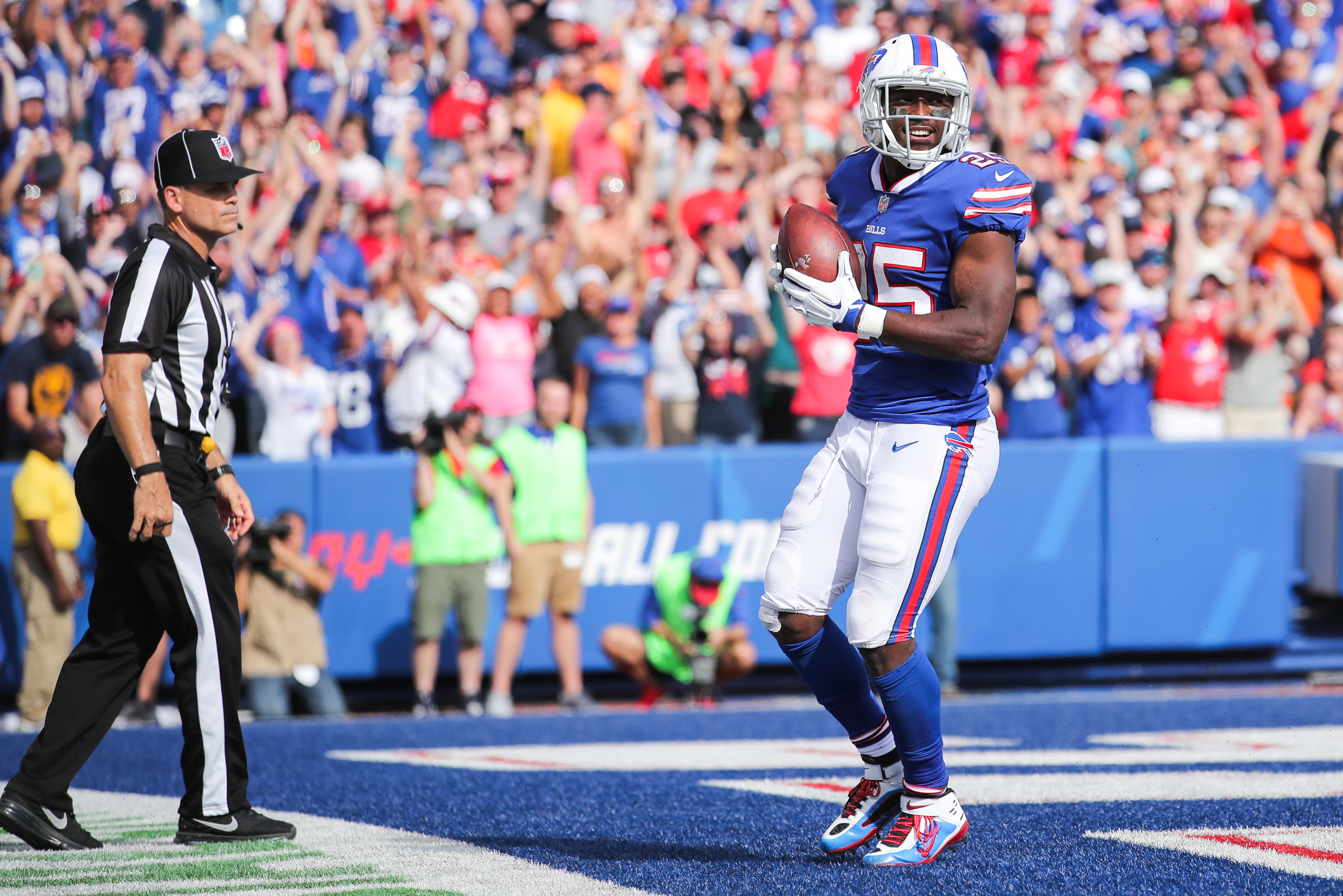 1) The Bills never win this game. Ever. It’s been such a byproduct of what the drought has been for us. Heartbreaking losses where comebacks are replaced with backbreakers. When the Bucs went up by 7, I was done. It was typical ‘Way to blow a lead you probably didn’t deserve and watch it crumble down’. It was going to be Raiders/Dolphins road games from last year.

I thought the Bills were lucky to be down by just 7 points and there just wasn’t any gas left in the tank. They needed a jump-start and that came with #5. In three plays, the Bills went 75-yards for a TD. Tyrod came through with a beautiful 44-yard bomb to some guy in a Robert Woods jersey.

Then, Taylor threw a 9-yard pass to Zay Jones and culminated in a LeSean McCoy TD run. And to make the miracle complete, the Bills forced a fumble on the next drive and chewed out some clock to kick the game-winning FG. Maybe there’s some luck involved, but luck is for losers. Instead, I call it hard work and perseverance. That’s what you can’t take away from the Bills. They are always fighting. They believe in themselves way more than the any of us did heading into this year. The Bills are proving a lot of us wrong and I’m loving every step of the way.

3) I’ve beaten the Tyrod narrative to death on here and there are just some assholes who’ll never get over the “missed throws” he leaves on the field. Yet, there are plays he makes on the field that only like 3 other players can make in the league. His throw to Nick O’Leary where he avoided a sack and used his feet to gain more time in the pocket was money. Arizona or Denver are going to love Tyrod next year.

4) Tyrod Taylor had 311 yards in total offense (53 rushing/268 passing). It was his 5th best total yards outing for his career.

5) This was not the Bills best defensive effort today. The Bills gave up a season high in 447 yards in total offense as Winston carved up the secondary. The Bucs had 378 yards passing which was the most the Bills have given up since week 2 against the Pats in 2015. Still, the Bills did make plays when they had to with forcing turnovers and bending, but not breaking in the 1st half.

I’m a bit concerned about the secondary injuries because the depth back there is horrible. The Bills got the Raiders next week and they got some weapons in the passing game that can do serious damage.

6) The Bills have now forced 13 turnovers on the season. It is the most they have caused through their first 6 games since 2011.

7) Zay Jones and Tyrod chemistry is still a work in progress. Jones caught 2 passes on 9 targets. For the season, Zay Jones has just 7 catches on 32 targets. That’s a historically bad target/reception ratio.

8) The Bills finally got the running game going with 173 yards rushing. It was their best rushing outing since week 1. The Bills finally mixed in what made them really good last year with having OL pull and doing more toss sweeps. Get our backs in space, please! This was the first time since the Jets game that the Bills were able to run west to east.

Maybe having your best OL make a return helped out the running game. Seriously, coach troops needs to knock off the “earning to play” strategy for Glenn. The one drive I saw him not on the field, the Bills got -4 yards on a run and a screen pass. Stop it. You pull that shit when you have shitty talent at a position and you aren’t sure who should start cause they suck. Jordan Mills sucks. Cordy Glenn does not.

9) The Bills were lined up in shotgun 36 times today with Tyrod passing on 23 of those plays for 215 yards. Our boy loves him some shotgun.

10) The Bills game management was awful at the end of the 1st half. I really don’t have anything new to add, but this is something that’s happened a few times this year. Please stop because it will bite us in the ass soon.

11) The Bills 3rd down offense was 31st in the NFL heading into this game. They came away with a very friendly 10 of 16 on 3rd downs today.

12) The Bills have forced 3 turnovers in a game for the 3rd straight time. That’s the longest streak since week 6-8 from the 2009 season. Credit to Mike Haim.

13) Final word: Hey, they are 4-2. You gotta take that. They are winning games they would normally lose and could easily be 6-0…or 1-5. But props to the Bills.  I’m thrilled the offense had such a good game today.

I wrote in my bye week piece that the only way the Bills had a chance to make the playoffs was if they got any life from the running or passing game. Today they got both with over 430 yards in total offense (261 passing/173 yards rushing). If they keep the offense going, they can make the playoffs with this squad.