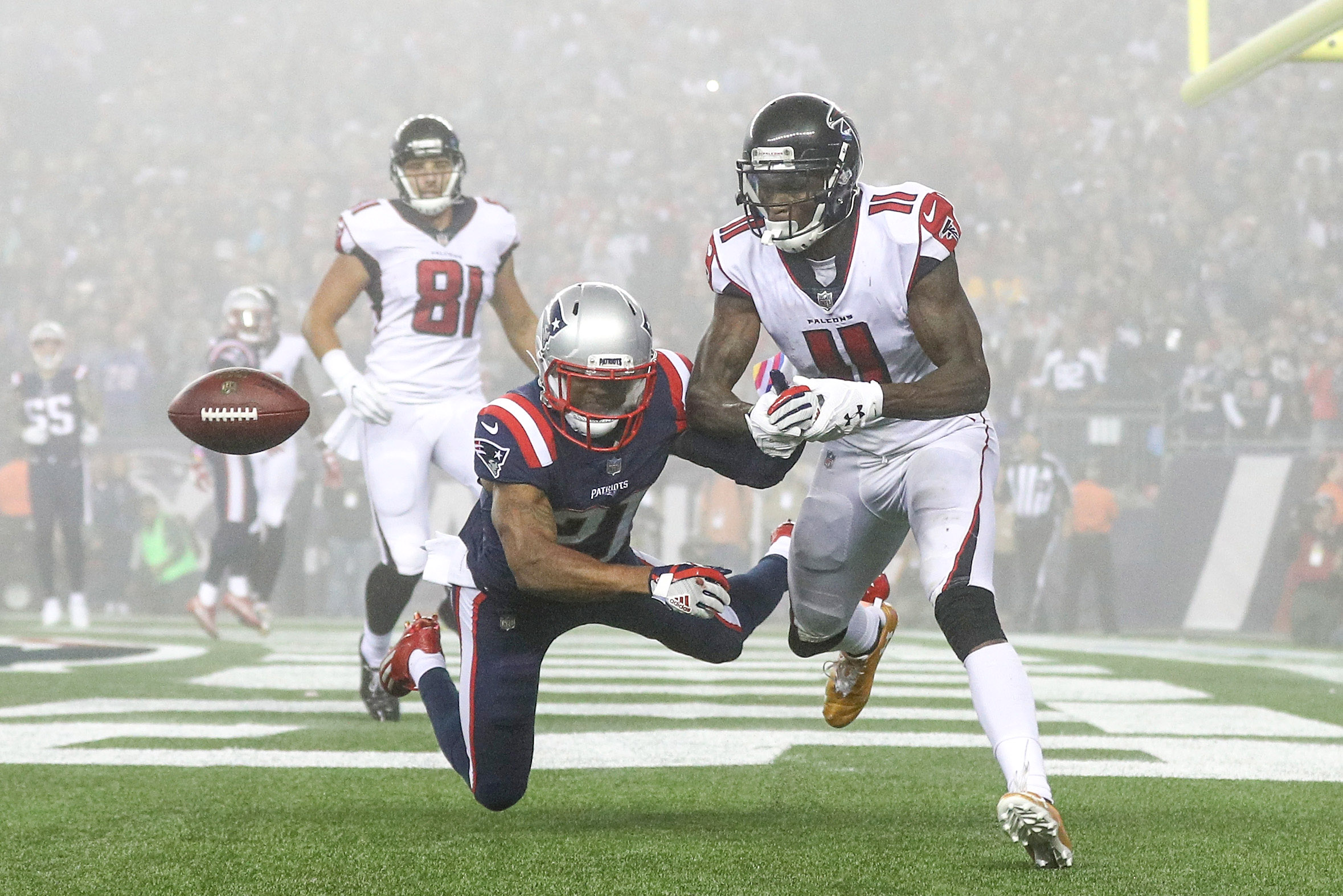 The infamous Super Bowl LI was a game to remember, as looking into the 2017-18 schedule, hosting the Atlanta Falcons was a pencil in game for fans and players alike. After nine months of anticipation, revenge was a big momentum changer for the up and down Falcons, but tonight they fell into defeat once again, as Tom Brady and company flattened Matt Ryan 23-7 on a foggy Sunday night.

A stifling first half for New England, quarterback Tom Brady led the charge with a 17-0 halftime blanking, and finished off the game going 21/29 on completions for 249 yards and throwing two touchdowns. From a spectators viewpoint, the dense fog emerged slowly into the 1st half, then thickened for the remaining of the game. Visibility levels were short, despite trying to look up into the nosebleeds of the wild Gillette Stadium and seeing virtually nothing but an incoming fog. On the ground for New England, running backs Dion Lewis and Rex Burkhead, playing for the first time since Week 2 in New Orleans, combined for 19 carries and 107 yards while totaling 17 yards receiving. Lewis received most of the carries for New England while wide receiver Chris Hogan topped the Pats in receiving yards with 71. Brady’s two scores found the hands of Brandin Cooks, who finished today with 65 yards, and James White, combining for 47 all purpose yards.

The early headline was rookie defensive tackle Adam Butler for the Patriots. The former converted offensive lineman at Vanderbilt was the team’s lone sack through today’s performance, and a memorable one for the youngster. This happened to be his first career sack, and it just so happens to be on one of the most elite quarterbacks throughout the NFL in Matt Ryan. Other than Butler, everybody did their jobs when Belichick called, especially the secondary with Jonathan Jones and Johnson Bademosi.

For the visiting Falcons, a major blow to the momentum shifting team which has endured lots of Super Bowl criticism. Looking at the guy in charge, former Boston College gunslinger Matt Ryan did all he could for Atlanta, throwing 23 completions on 33 attempts for 233 yards and one touchdown. Julio Jones was the high man for Dan Quinn and company with racking up 99 yards and a late touchdown to avoid being completely blanked.

A upending victory for New England, the increasing fog coverage did not stop them from trampling the Super Bowl runner ups, as next week they focus on hosting the LA Chargers, who blanked the Denver Broncos earlier today 21-0.