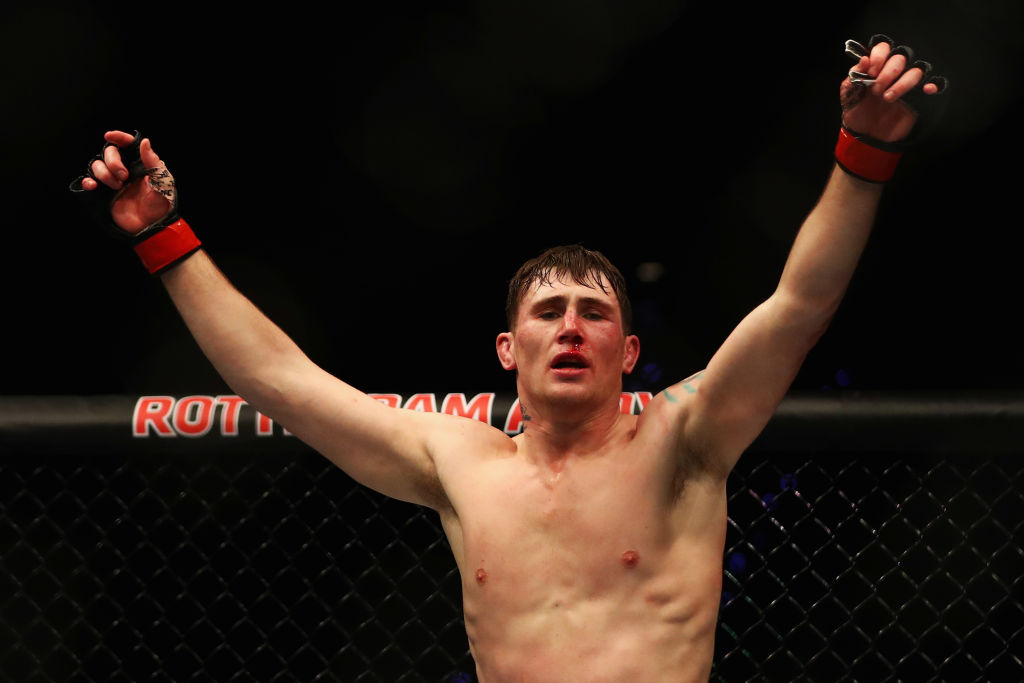 A reputation of a fighter rises and falls after each UFC event like an ocean’s tide.  Put on a memorable performance, and bigger and better opportunities are on the horizon.  Drop the ball, and back to the end of the bench you go.  So who grew their reputation most at UFC Fight Night: Cerrone vs Till?  Darren Till, naturally.

The UFC returned to Poland Saturday night for the second time in the promotion’s history with a headlining bout between Donald “Cowboy” Cerrone and England’s up and coming star, Darren Till. There were a couple of fighters on the card that had a big opportunity to make a statement and splash into their respective divisions. Jodie Esquibel debuted in the UFC against Karolina Kowalkiewicz in the co-main event. A win over the Polish Kowalkiewicz in your UFC debut would be a huge statement to the 115 division, but Jodie fell far short of that losing the fight via unanimous decision. Ramazan Emeev had an interesting “rep” boosting opportunity as well Saturday night. The former M-1 Global middleweight champ debuted against “Smilin” Sam Alvey, winning via unanimous decision in a very uneventful fight. Now I ask myself, whose “rep grows bigger”?

Without question, Darren Till is this week’s pick. I try to pick the fighter that gained the most ground in the eye’s of the fans, in the rankings, and marketability. Till gained all of that when he dispatched Cerrone in just the first round via punches. While Till is still somewhat of an unknown to most casual viewers, he has gone a near perfect 16-0-1 in MMA competition. A win over “Cowboy” Cerrone is one thing, but to destroy a fan-favorite and former title challenger like that is on a whole other level. Till’s striking continues to evolve and sharpen, and he is beginning to look like a true future title challenger. The UK has their new fighting son.