Your Morning Dump... Where the C's are starting over 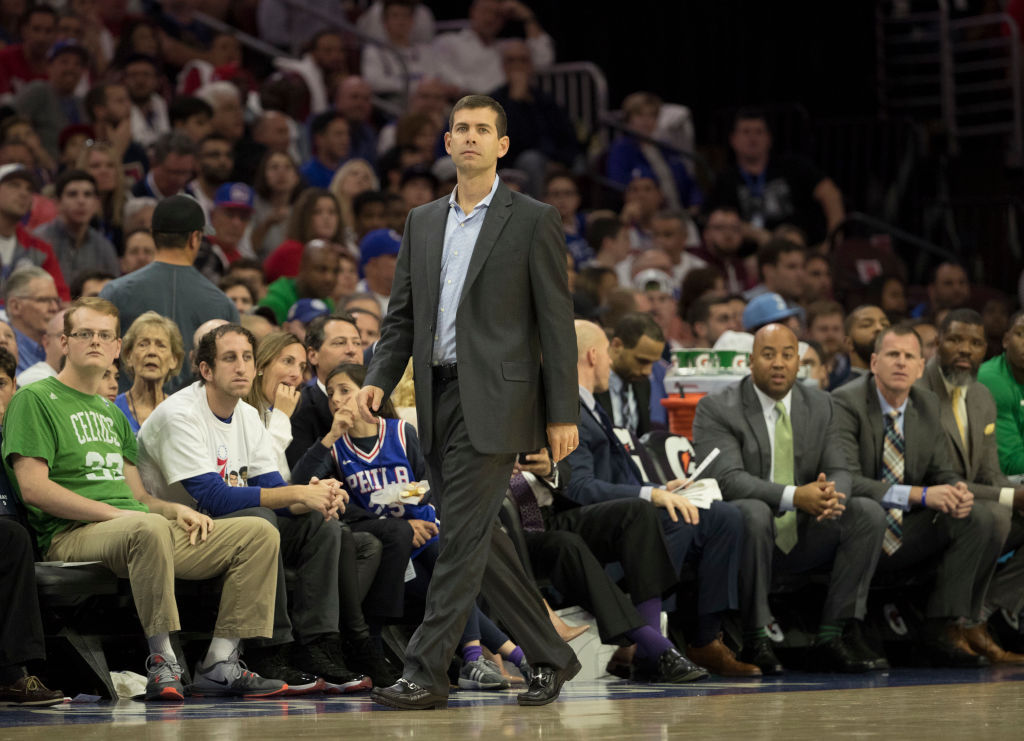 Your Morning Dump... Where the C's are starting over

“Every one of them should think there’s a good chance that [they] get an opportunity to impact the game on Tuesday night,” Stevens said. “There’s not a guy on this roster who shouldn’t think that right now. It may or not be their night. But we’re in a situation where we need everybody.”

[…] The past few days, the Celtics have had to essentially start over. Stevens has been using rag-tag lineups, depending on players he never envisioned playing so early, and then shifting his late-game offensive focus more toward Irving and Horford with Hayward out.

“I almost felt like in the last three days we’ve been early in training camp in a lot of ways,” Stevens said. “We talked today. Everybody talks about young players having to learn by going through experience. Let’s beat the age thing. Let’s not talk about the age thing. Let’s talk about how we can be better and what we can control and how we can learn and grow every day. ”

Globe: Jabari Bird and Celtics bench having time of their lives

“Everybody talks about young players having to learn by going through experience,” said Stevens. “Why don’t we just watch film and learn? Learn from things we can control and in the interim, let’s beat the age thing. Let’s not talk about the age thing. Let’s talk about how we can be better at what we can control and how we can learn and grow every day and expedite the learning curve.

Stevens added, “because they are going to get opportunities all the way down the line, let’s not focus on trying to learn from experience; let’s focus on learning from every day and see if we can get a little bit better every day.”

Watching the Celtics throw Jabari Bird, Shane Larkin, Daniel Theis, Terry Rozier, and Jaylen Brown out on the floor against the Sixers on Friday, it hit me that Boston has re-entered the pre-season.

Without Hayward, Morris, and Smart, the rest of the roster has an opportunity to earn unexpected minutes and prove themselves all over again. This Celtics team is providing the ultimate lesson for young athletes.

I believe in the cliche’ “you make your own luck.” Working your ass off and staying prepared at all times will pay off if minutes suddenly present themselves.

With the Celtics down three wing players, Brad Stevens decided he’d seen enough good defense out of Jabari Bird to call on him in this pinch. Bird responded by rewarding Stevens’ memory:

Got some requests for Jabari Bird's defensive highlights from 76ers game. Here are the best plays with some nice defense on Redick. pic.twitter.com/Fwhvj1FHVj

The lesson is simple… these guys who are relegated to the bench or G-League can’t get down about where they are because no one knows when the chance to get minutes will arise. Stevens will give everyone a chance.

These are not ideal times for the Celtics, but there is some good that can come out of it. It’s a learning opportunity and a chance for young guys to grow in a pressure situation.

Marcus Morris is hoping to get into the rotation this week after arriving late to training camp because of his legal matter in Arizona and then dealing with left knee soreness that cost him the club’s first three games. Brad Stevens said Morris will be reevaluated this week, but if he can participate in today’s practice, there is at least a chance that Morris could see time against the Knicks here tomorrow night.

As one would expect, the Celts are being cautious.

As desperate as we all are to see a somewhat full-strength squad, there’s no real need to rush things. Maybe getting Mook a few minutes against the horrible Knicks would be a nice way to work him back, but they won’t do it if it risks further setbacks.

Luckily for Boston, the schedule calms a little bit this week. I’d rather have Morris back for the Milwaukee game on Thursday than waste him tomorrow night.

The firings have begun….

[…] The Suns dismissed three assistant coaches with Watson, including Nate Bjorkgren, Mehmet Okur and Jason Fraser, league sources said. Okur and Fraser were player development coaches, working mainly on skill development. Tyrone Corbin, who was a head coach with Utah and Sacramento, will be the top assistant under Triano.

After a season where every coach survived, it’s not shocking to have a firing come early in the season.

The Suns have looked HORRIBLE… and not just horrible in a “they don’t have much talent” way (like we expected). They have been putting forth very little effort, which definitely led to the quick trigger.

All you need to do is look at how they played against the Lakers to see what I’m talking about.

We know that when one happens… others will follow. I say keep an eye on the Knicks.

MassLive: Are ‘super teams’ good for the NBA?