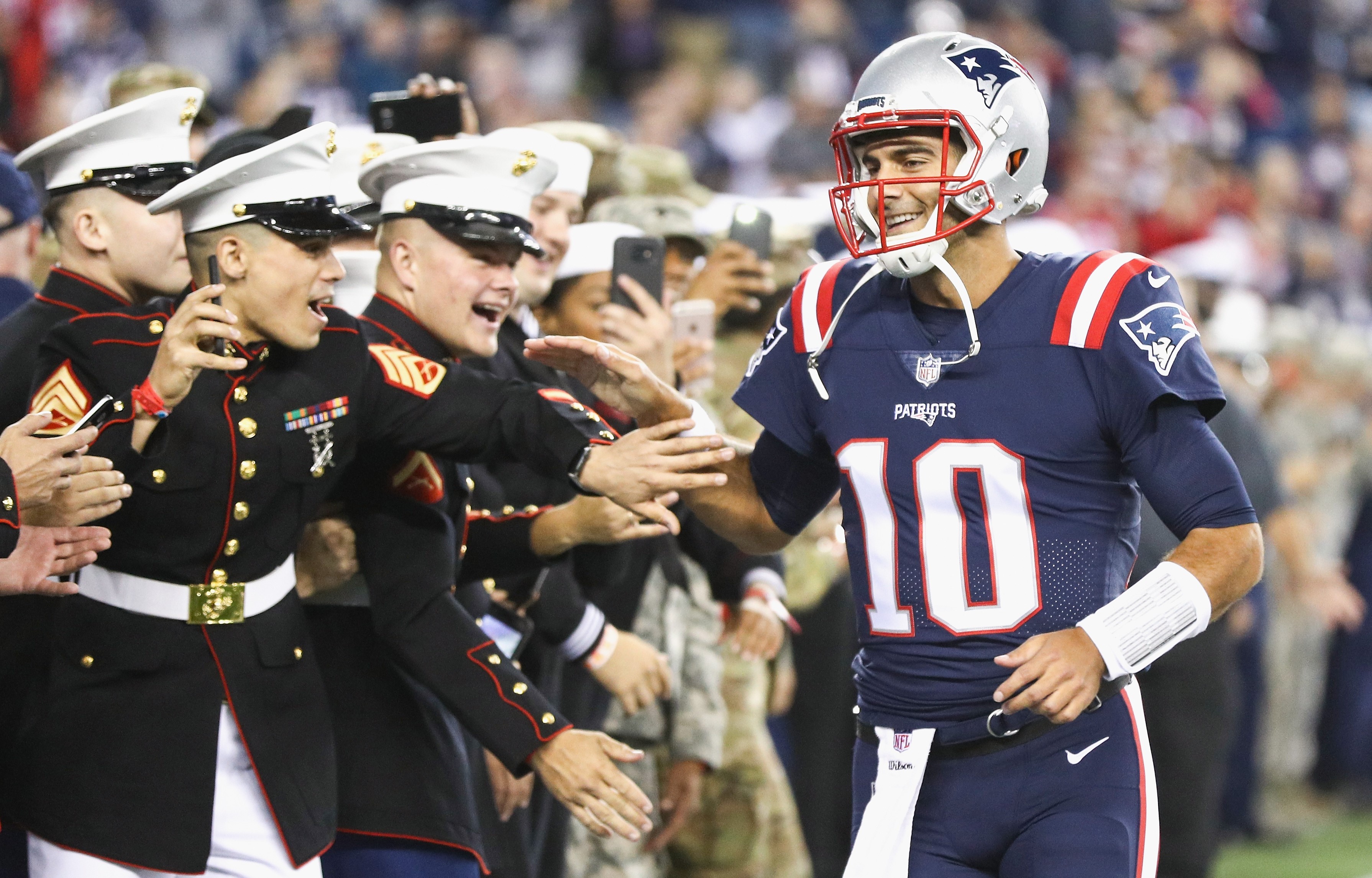 The Patriots and Falcons were in prime time this past Sunday night and before the fog came in the Patriots held a great ceremony with cancer survivors & caregivers and members of the military.

About an hour prior to kickoff 200 military members took the field and got to walk a lap around well all the early bird fans cheered. Then during warmups, they lined the end zone and remained on the field through the national anthem.

Patriots players welcomed all of them with arms wide open as soon as they took the field they were shaking hands of all different military members. Patriots long snapper Joe Cordona came up with the idea of inviting 200 military members and Bill Belichick was very happy with him after the game. “Joe, great job on the military thing tonight. That was awesome.”

But the festivities did not stop there as the Patriots also welcomed 450 Cancer survivors & caregivers to the field for a special pregame ceremony. The highlight of the ceremony is when Galynn Brady took the field to the loud cheers of Patriots fans.

This was only the second game that Mr. and Ms. Brady have attended in the past two season due to Galynn Brady’s fight with Breast Cancer.

Tom Brady’s wife Gisele Bündchen posted a heartfelt Instagram post saying how happy she was that Ms. Brady was at the game. She captioned the post, “So proud of this beautiful warrior! I love you so much sweet Galynn,” and added pink heart emojis.