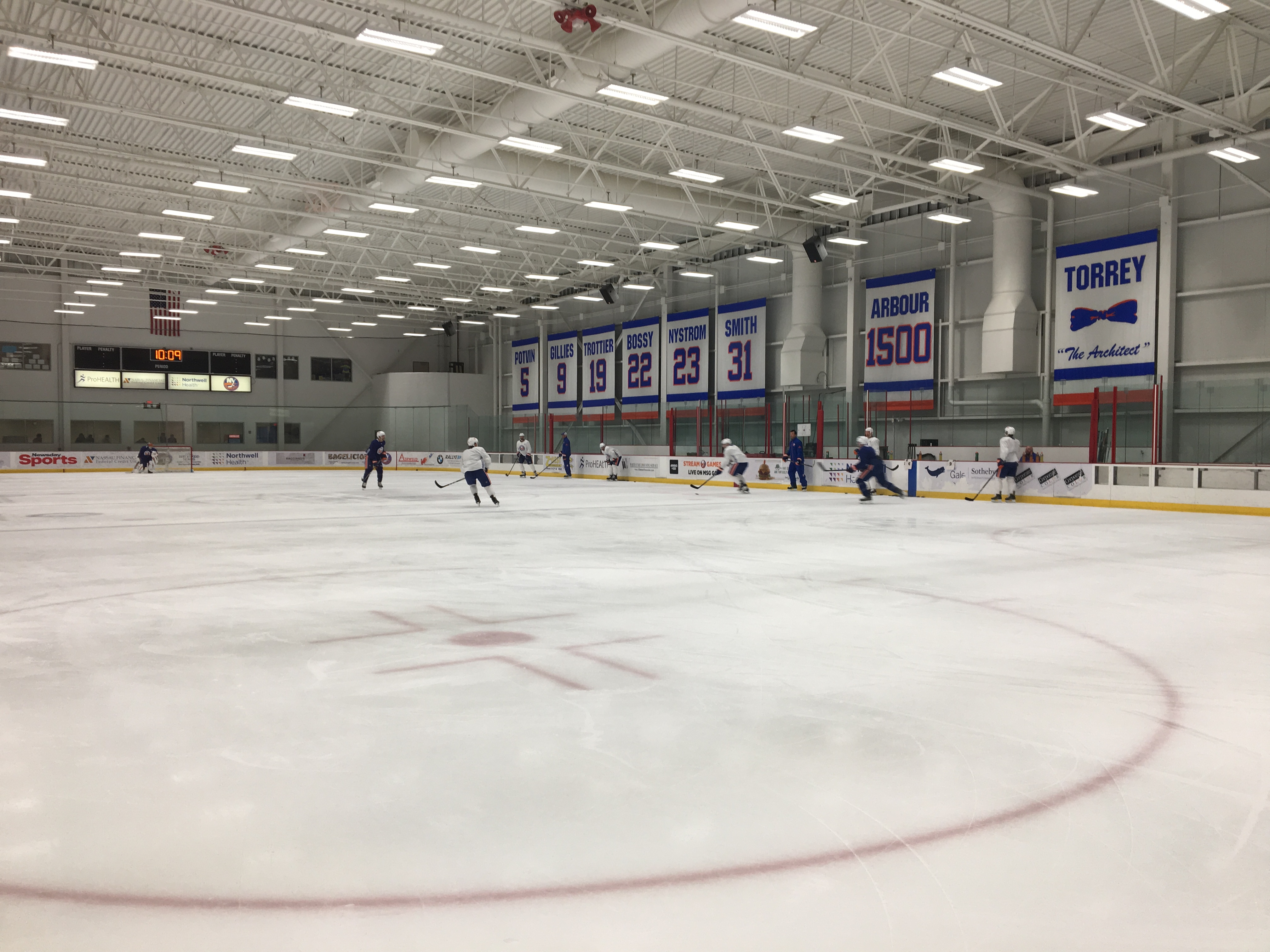 EAST MEADOW, N.Y. — The Islanders are looking to make it three wins in a row when the winless Arizona Coyotes visit Brooklyn this evening.

New York is coming off a 5-3 win over the San Jose Sharks on Saturday night — the Islanders 22nd victory against a Western Conference opponent at home since moving to Barclays Center — and  will be looking to keep their good fortunes going. The Islanders have won three of their last four contests and have picked up nine points through their first eight games.

The Coyotes, however, are 0-7-1 through their first eight games of the season and their lone point in the standings came from a 2-1 overtime loss to the Vegas Golden Knights.

The Islanders roster will look a little bit different from the previous two games. Head coach Doug Weight said that the team will return to the traditional 12 forwards, six defensemen set up for tonight’s game. The Islanders had played seven defensemen and 11 forwards in their previous two contests.

The Islanders will also see the return of Scott Mayfield, who sat out Saturday’s game after being a little banged up against the New York Rangers on Thursday, and Nikolay Kulemin to the lineup. Ryan Pulock and Dennis Seidenberg will be scratched. Pulock, thought to be one of the Islanders top defensive prospects, has appeared in only two games this season.

“We have a good team, we have a healthy team right now,” Weight said about the roster decisions. “That’s really it. Everybody played fine. (Seidenberg) played well and (Pulock) has been fine. Just I thin (Mayfield) has been playing well enough to get back in right away.

“(Kulemin) is a workhorse and big on our penalty kill. Just getting guys back in.”

Also serving as a healthy scratch will be Josh-Sang. The Islanders’ forward has now been scratched in back-to-back games after struggling in Thursday’s win over the Rangers. Ho-Sang took one shift in the third period before being benched the rest of the game.

The Islanders’ head coach said that Ho-Sang has been handling the scratch well and that the two have had very receptive conversations.

“It’s difficult for anybody sitting out,” Weight said. “There’s not just Josh. He’s 20-years old… We speak a lot, as do the coaches, and it’s about grooming him. I’ve said it before, he’s going to be a big piece of our team.”

Ho-Sang went through a similar situation in Bridgeport last season, before heating up in the later part of the year.

The Islanders will return to Jaroslav Halak in net, while the Coyotes will go with Louis Domingue between the pipes.

A Horse With No Name by America

LaFontaine needed oxygen to get through ‘Easter Epic’ for Islanders| NHL.com