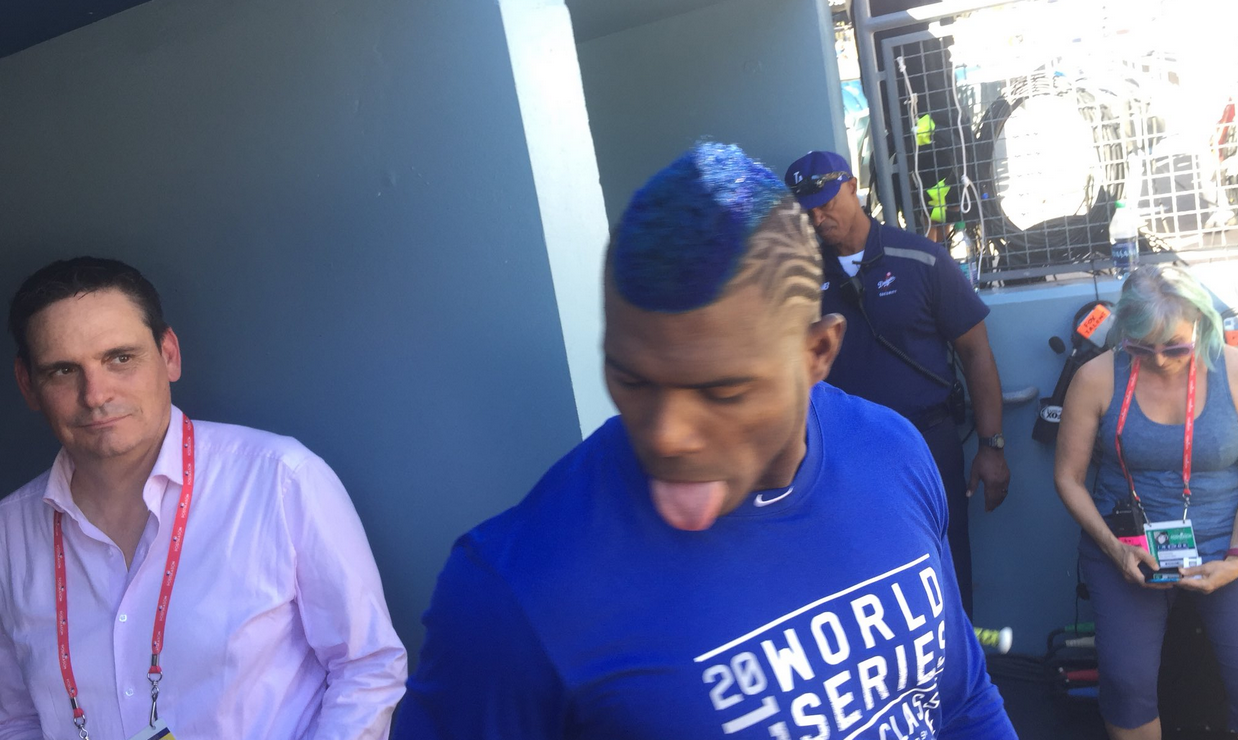 Yasiel Puig has fully embraced Dodger blue as the team prepares to square off against the Astros in the World Series.

Puig was seen on the field at Dodger Stadium before Game 1 was set to begin on Tuesday, and his hair was a different color than we’re used to seeing.

Check out this blue mohawk he’ll be rocking during the World Series.

Puig even posted a video on Monday, showing him getting his hair dyed. We weren’t sure what color it would be at the time, though.

Puig has been the Dodgers’ hottest hitter in the postseason so far, so if anyone’s worthy of rocking blue hair, it’s him.