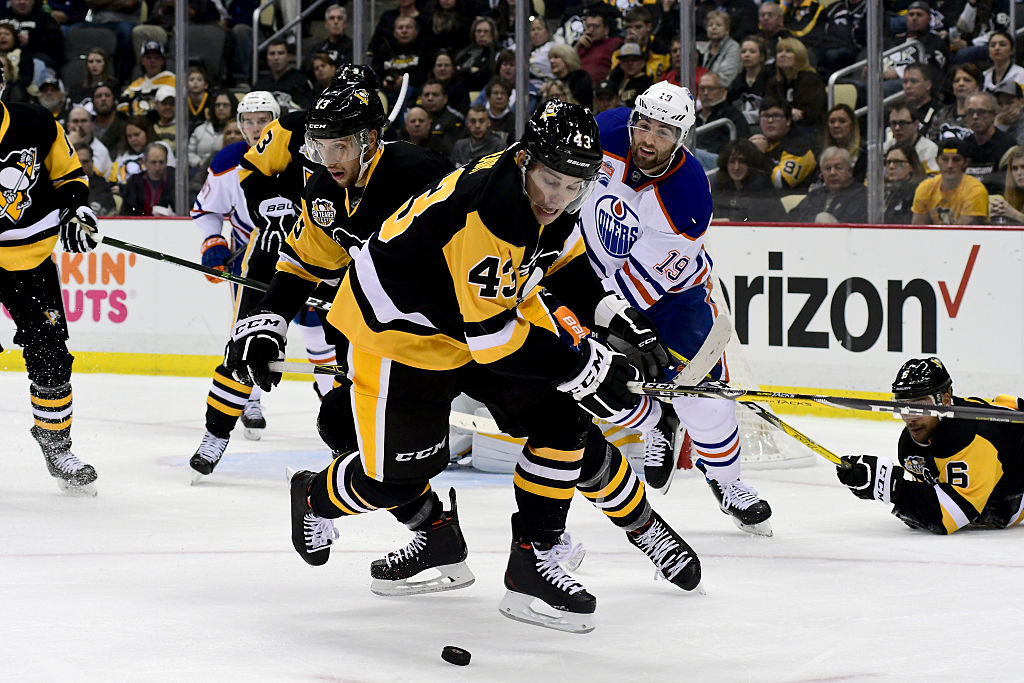 The Oilers are back in action today as they are in Pittsburgh to take on Sidney Crosby and the Penguins. Tonight marks the return of Leon Draisaitl and Drake Caggiula to the lineup, which should be interesting to say the least.

The Oilers are in a slump, and while it’s very early in the season, it’s easy to see where the concern is coming from. For most of the offseason, much was made about the absence of Andrej Sekera on the blue line, and the lack of scoring depth created by the probable pairing of Leon Draisaitl and Connor McDavid. As it turns out, much of the handwringing was well-founded. With Draisaitl just coming back from injured reserve, and Sekera out for another 6 weeks (at least), this Oiler squad has some work to do to get back to playing .500 hockey. (Yes I know this paragraph is familiar. I used it in a gameday post last week. Nothing’s changed.)

This chart, alarming as it appears, only says that the Oilers will get better. They have to. Leon Draisaitl in the lineup should change that. (In case you’re wondering, PDO, called SPSV% by the NHL, is the sum of a team’s shooting percentage and its save percentage. PDO is usually measured at even strength, and based on the theory that most teams will ultimately regress toward a sum of 100, is often viewed as a proxy for how lucky a team is.)

By definition, the Oilers are ridiculously unlucky. Luck changes, right?

EDM had 103 pts last yr. It will take playing the rest of yr at that pace to get to 94 pts this season which was the playoff cutoff in 16/17

To put it differently, if they run at a .500 pts% or less over these next 8 gms, they’re likely done. Would need 115 pt pace thereafter

With this early season slump, the Oilers have gotten themselves into a bit of a pickle. In order to make last year’s playoff cutoff, the Oilers have to play the rest of the season like they played all of last season (where they started 7-2 instead of 2-6). There’s nothing to suggest that they won’t regress to the mean, but there’s something a little off with this team this year. It’s hard to understate the importance of Andrej Sekera on the blue line; his knee injury has thrown the Oilers defence into turmoil and has given a guy like Eric Gryba far too much icetime thus far.

This team is better than they’ve shown us, but they’re running out of time to right the ship.