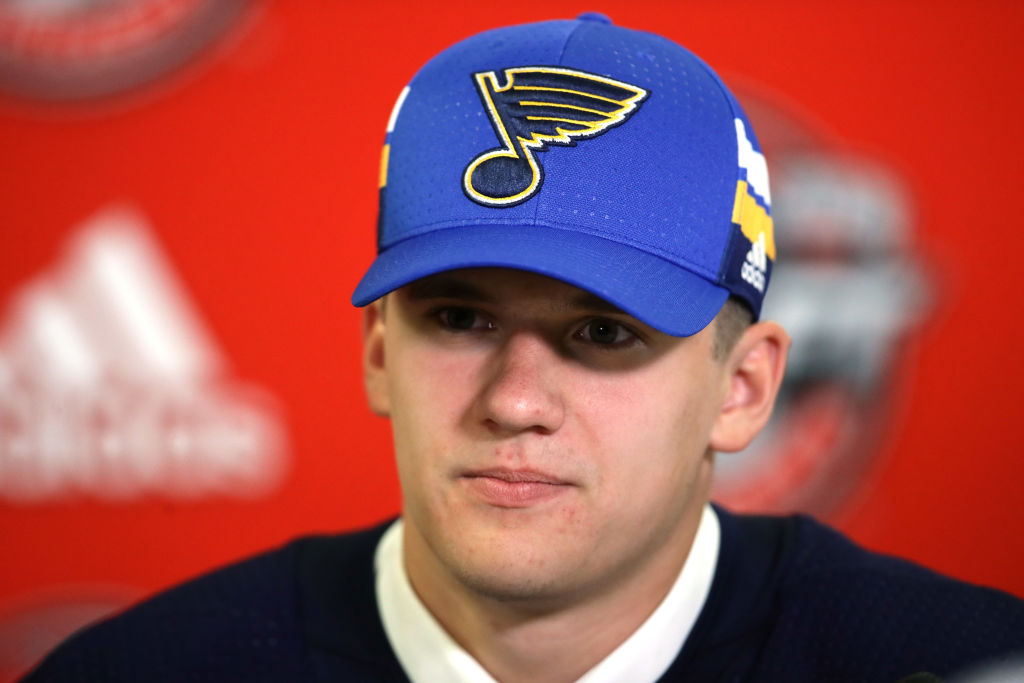 It sounds like 18-year-old Klim Kostin’s knee injury isn’t as serious as many Blues fans may have feared. According to GM Doug Armstrong, Kostin’s injury from a knee-to-knee collision isn’t believed to be much of anything and the team thinks he’ll be fine.

Armstrong on Kostin who left Sunday's game with San Antonio after a knee-on-knee collision: "All indications are that he's fine." #stlblues

If you haven’t seen it, the knee-on-knee collision looked pretty bad. It happens at the 0:12 mark of the video below.

Kostin and the Blues are pretty lucky there wasn’t a serious injury on this play. Considering their luck this season, it’s actually kind of surprising the Blues aren’t facing yet another injury blow.

With Kostin apparently healthy, is it likely he’ll receive a call from the Blues in the near future? It’s certainly possible. The Blues previously sent down Ivan Barbashev and Sammy Blais for the foreseeable future. That led to Beau Bennett’s promotion, but it may also open the door for Kostin to eventually see some NHL time.

The Blues have tried out a few youngsters on the roster this season, but none of them have been able to lock down a more permanent spot. Though there’s no guarantee Kostin will perform any better, he is one of the most exciting prospects the Blues could call on should they feel the time is right.