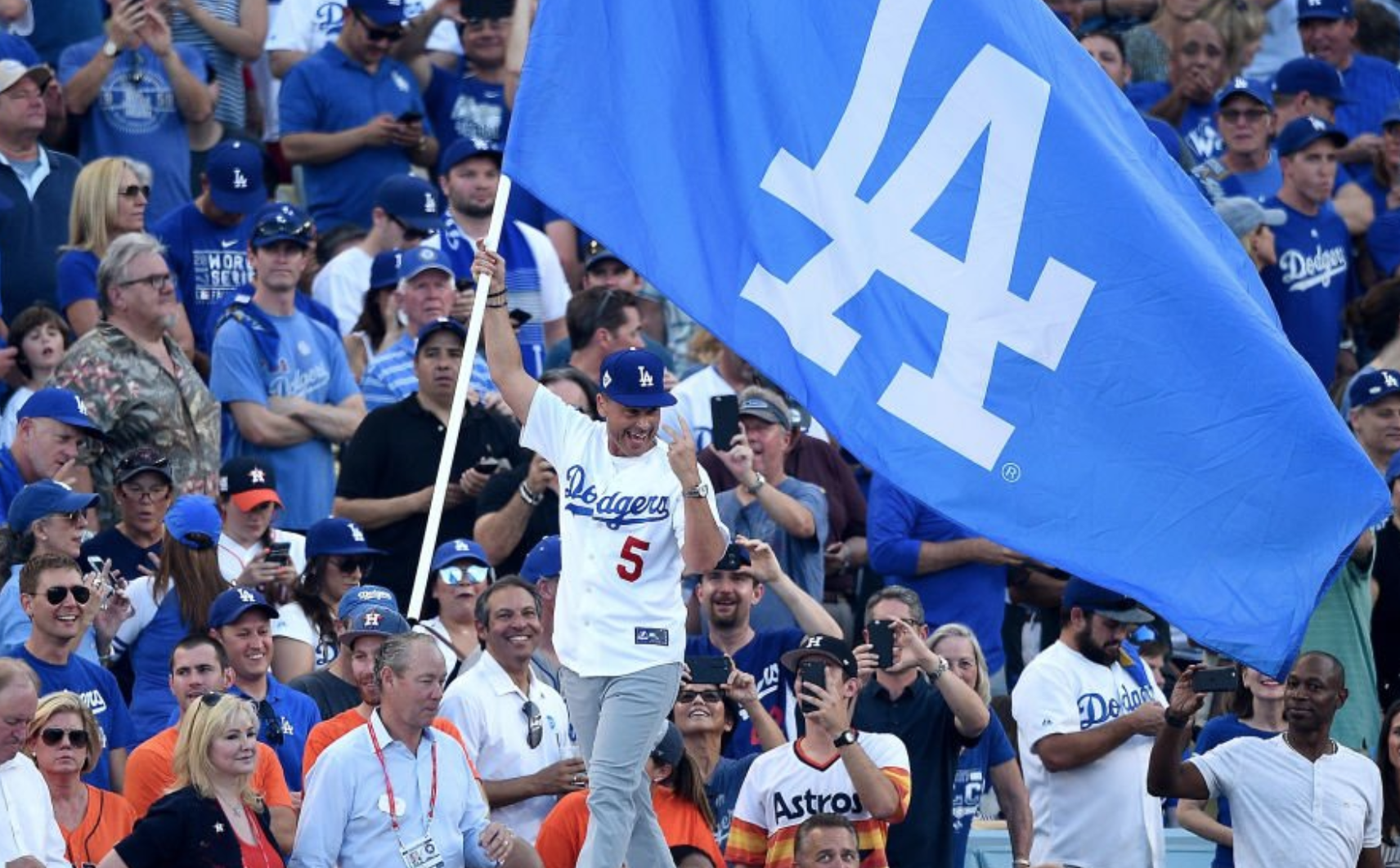 Famed actor Rob Lowe is a lifelong Dodgers fan, so it’s no surprise that he was at Game 1 of the World Series on Tuesday.

It had been 29 years since the Dodgers last appeared in the World Series, so the team made sure to go the extra mile entertaining their fans. That included celebrities waving the Dodgers flag while standing on the dugout during the game. George Lopez and Ken Jeong were among the actors that were given that honor, as well as Rob Lowe.

Here’s a photo showing the three of them together.

Quite a group we have tonight. 👌 #WorldSeries pic.twitter.com/wrLMzpFc7h

It was Lowe, however, whose act went viral after doing the deed. Check out this photo, which shows how happy he was while waving the flag.

Twitter users, as you might imagine, had some great reactions to it. Here are some of the best ones.

"I'm Rob Lowe and I have cable" https://t.co/jyEMlWFazy

What a lucky man you are! This is so cute, with your smile and all 😄

This has *literally* Chang'd my life

It’s always entertaining when a Los Angeles team is playing in a championship series.

Lowe had good footing there because he had proper sneakers. For a great deal on Spurs shoes, click here.