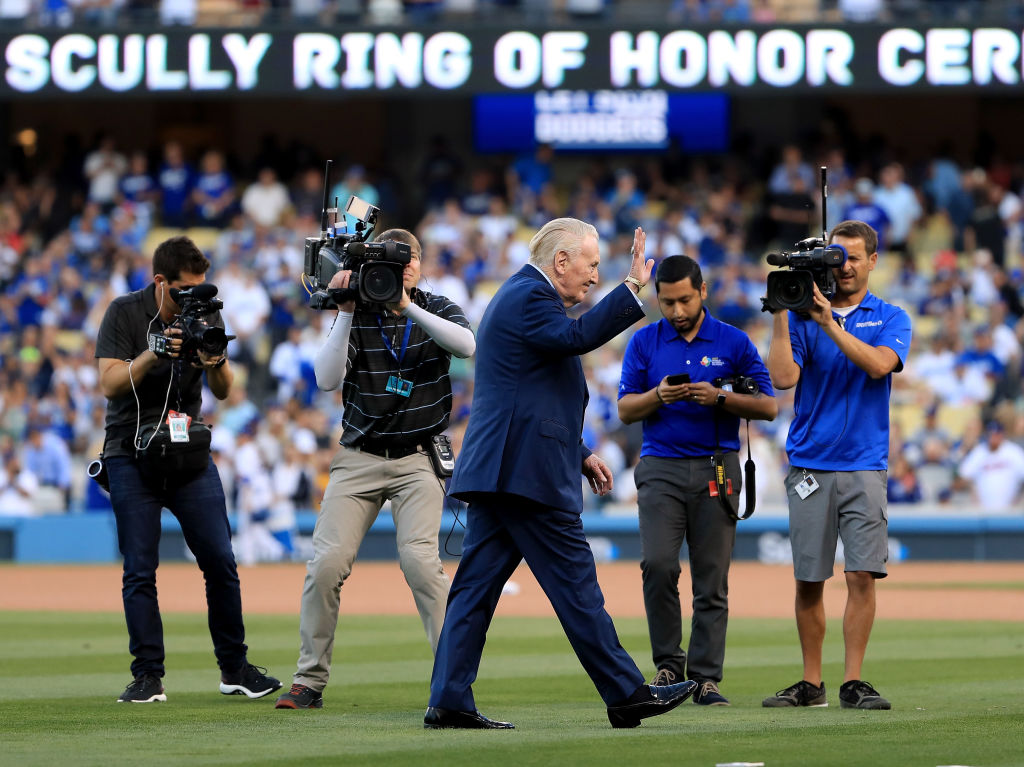 Famed broadcaster Vin Scully returned to Dodger Stadium for Game 1 of the World Series on Tuesday.

It had been 29 years since the Dodgers last played in the World Series, so it wasn’t a surprise that Scully was there, even with him saying that he didn’t want to call the game.

What also wasn’t surprising was the warm reception that Scully received. Check out this ovation he got.

Vin just got a standing ovation at the World Series opener pic.twitter.com/ULLz5U1WAR

And it started before Scully even entered the stadium. Look at the crowd that mobbed him as he rolled up in a limo.

Is that Vin Scully? It is! He’s in Dodger Stadium to watch the Boys in Blue play https://t.co/PciEg87Z9s pic.twitter.com/iN3f2y0WCW

Yep, still the GOAT, and treated as such.