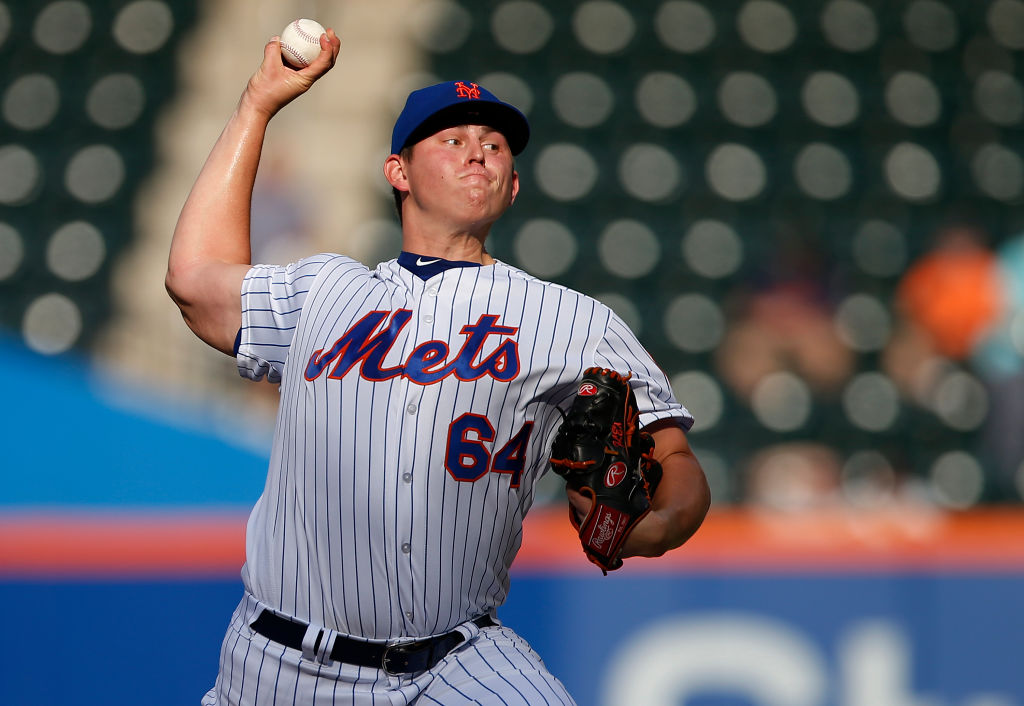 Now that the 2017 season is over for the New York Mets, we have been looking back at the year that was. After taking a more general view of the offense, pitching, and coaching staff, it’s time to take a look back at the Mets’ players. This series will take a look at every player on the active roster for the Mets at the end of season from A (Nori Aoki) to W (David Wright). The review will look at their season statistics, stories, and what role (if any) they will have next season. We continue our series today with a look at starting pitcher Chris Flexen.

NEW YORK, NY – SEPTEMBER 25: Pitcher Chris Flexen #64 of the New York Mets delivers a pitch during the first inning of the first game of a double header against the Atlanta Braves at Citi Field on September 25, 2017 in the Flushing neighborhood of the Queens borough of New York City. (Photo by Rich Schultz/Getty Images)

Story: After being added to the 40 man roster last winter, Chris Flexen was expected to continue his development in the minor leagues. An injury sidelined Flexen to start the year, but he rebounded to pitch very well for AA Binghamton, going 6-1 with a 1.66 ERA in seven starts. That caught the attention of the Mets, who promoted Flexen to the big leagues in late July after a rash of injuries created an opening in their starting rotation. Flexen was predictably overwhelmed by jumping from seven AA starts to the majors, but he showed some grit and resolve by fighting to stay in games. The Mets left Flexen in the rotation for the month of August, and he pitched pretty well, going 3-2 over six starts. Flexen had a pair of clunkers to bookend the month, so the Mets chose to demote him to the bullpen after Matt Harvey returned from the disabled list in early September. That led to sparing usage for Flexen the rest of the way, as he made only two starts in the final month of the year, neither of which were particularly good.

Flexen didn’t perform well for the Mets, but in his defense the team rushed Flexen to the majors to fill a rotation hole. The overall numbers don’t look good, but Flexen showed some promise that could carry over to the future.

The Mets know that Flexen needs more time to develop, and he should get that next season. Flexen could be sent back to AA Binghamton or be advanced to Triple-A Las Vegas, but he definitely needs more experience before another major league opportunity. If Flexen spends significant time in the Mets’ rotation again next season things will have gone horribly wrong.

Check back tomorrow as our Player Review Series continues with a look at infielder Wilmer Flores!