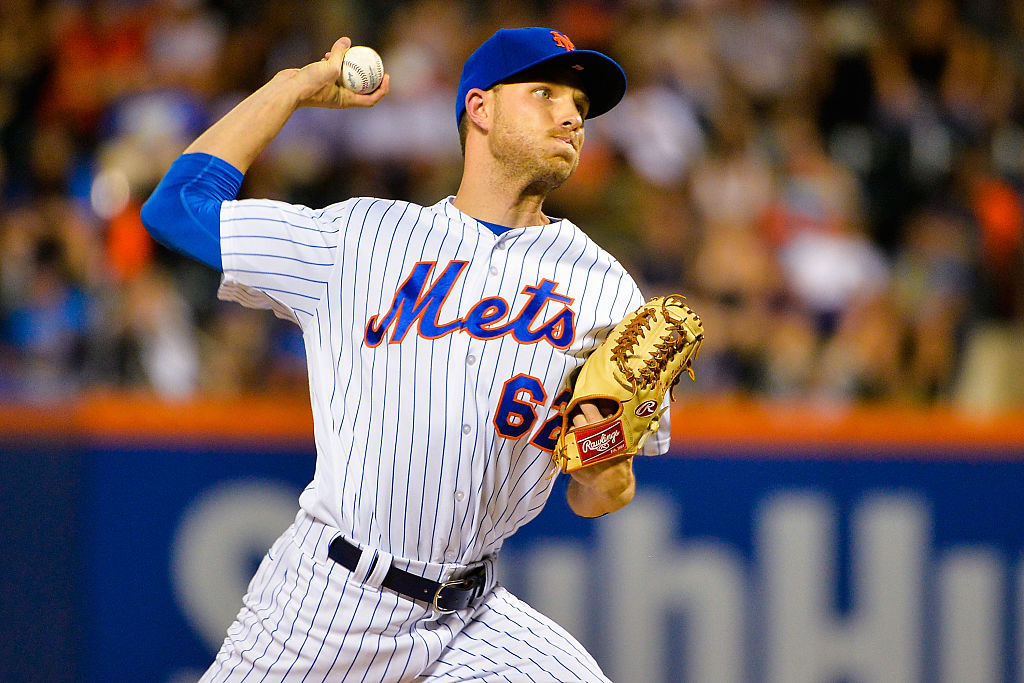 The New York Mets are planning on reshaping their roster this winter, and that process began today. The team trimmed five players off of its 40 man roster, with the headliner being relief pitcher Erik Goeddel. Goeddel, who went 0-1 with a 5.28 ERA in 33 appearances for the Mets this season, cleared waivers and has become a free agent. The other players (outfielders Wuilmer Beccera and Tyler Pill, infielder Phillip Evans, and starting pitcher Tyler Pill) were all outrighted off the 40 man roster.

NEW YORK, NY – AUGUST 12: Erik Goeddel #62 of the New York Mets throws a pitch during a game against the San Diego Padres at Citi Field on August 12, 2016 in the Queens borough of New York City. (Photo by Alex Goodlett/Getty Images)

The 40 man roster spots can be utilized in a number of ways, some of which need to be filled by players coming off the 60 day disabled list, such as Zack Wheeler and David Wright. The Mets also will look at whether to protect any new eligible prospects from the Rule V Draft, but at the minimum the spots can be filled by new acquisitions for the big league roster.