Tuesday Performance Just Another Day at the Office for John Tavares 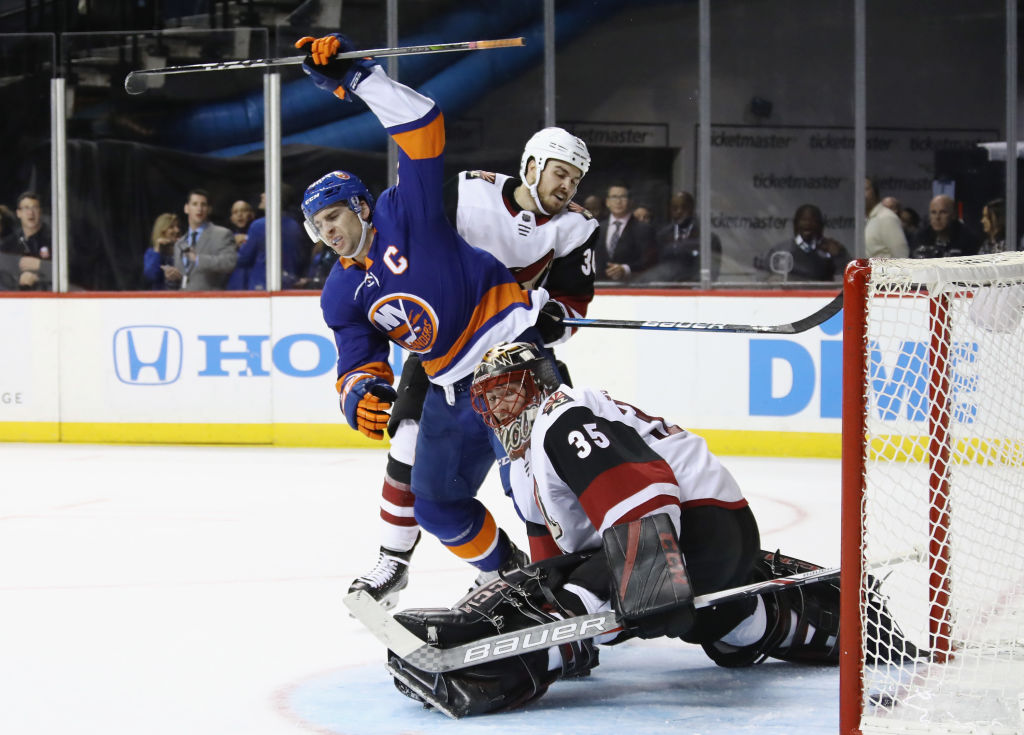 Tuesday Performance Just Another Day at the Office for John Tavares

NEW YORK — There came a point over the summer when Islanders’ fans were refreshing their Twitter newsfeed so much their phone battery was exhausted in two hours. Admit it, you were searching for answers on the captain. Would John Tavares sign an extension? Would he be traded? What was his future plan?

For a while, there was worry.

Then, fans witness nights like Tuesday when Tavares takes over, in typical fashion, making defenders and goaltenders alike look silly. It makes the outside noise disappear, and fans sit back and admire the otherworldly talent Tavares has.

“The results are coming, which is nice,” Tavares said after his team defeated the Arizona Coyotes 5-3. “Just getting rewarded, trying to read off my linemates and teammates. I’m just trying to compete and create opportunities. Obviously when I get them, I want to put them in.”

After a five-game pointless streak, Tavares is heating up. Four goals and seven points in his last two contests have made Islanders fans forget about the dry spell. It matters even more that while the team continues to adjust.

The Islanders have built an intriguing three-game winning streak before embarking on a two-game road trip on Thursday.

“He was good. He owned the puck, possessed the puck and led us tonight,” head coach Doug Weight said. “We needed his leadership tonight. He was awesome.”

If you think about it, were there many games in Tavares’ career in which the playmaker was not “awesome?” You likely could count the games on one hand, if that.

Tavares has been doing it since he was drafted in 2009. The 27-year-old is in the prime of his career with the team who originally drafted him. With three goals and an assist on Tuesday, the captain took over seventh place in franchise history in goals (241) and points (546). His seventh career hat trick was something special, but that was no surprise for longtime teammate Casey Cizikas.

“He’s our best player out there. He had big goals, had big plays and got us the two points,” Cizikas said after Tuesday’s victory.

If you ask Tavares about his hat trick, he’ll lead the conversation into another direction away from himself. That’s a true leader. He won’t take any credit for his statistics, but will allow his linemates and teammates to be honored for it. If it wasn’t abundantly clear, Tavares is strictly about the team. Anything it takes to put the Islanders in the win column and Tavares will attempt to do it.

“In a win, (the hat trick) is that much better,” Tavares, admitted.

There’s been plenty of speculation about Tavares’ contract situation entering the 2017 regular season, the ensuing offseason and the 2018 slate. Nobody but Tavares truly knows what will happen next year.

While Tavares’ 2018 status is up in the air, you’d be wrong to believe he isn’t giving it his all on the ice. The seven points in two games attests to that.

He currently sits seventh all-time in the list of Islanders’ scoring leaders and needs just 21 points to pass Pat Lafontaine for sixth all-time.

But, it’s just another day at the office for Tavares.

Sure, his contract status is far from guaranteed but John Tavares is a New York Islander right now. No other team has the luxury of saying that.