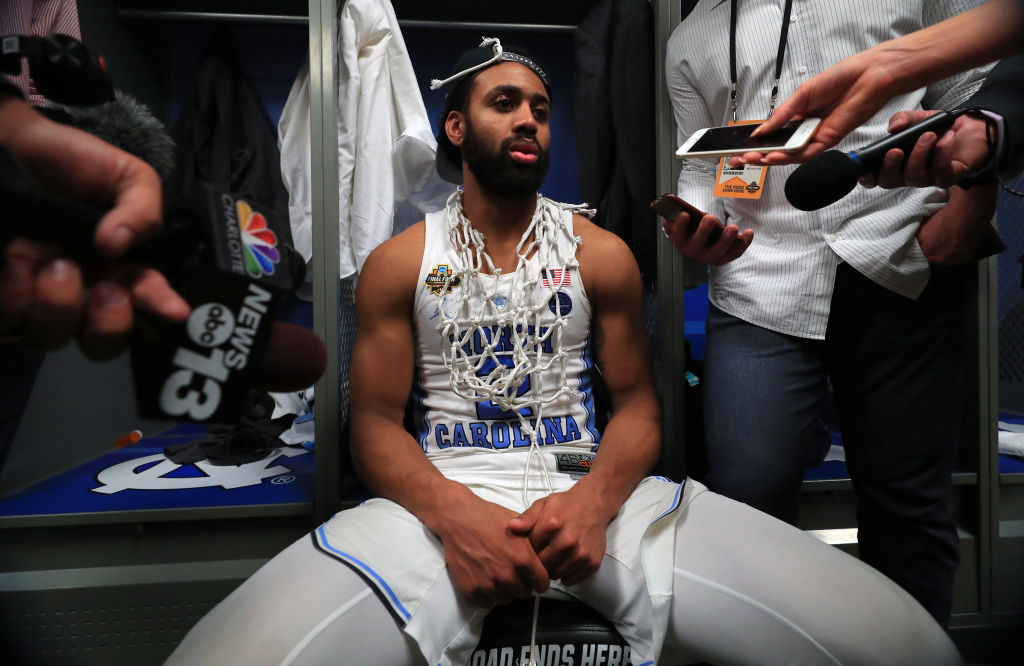 Tar Heels point guard Joel Berry is set to miss the first month of the team’s season, and the reason why is a bit surprising.

It’s not the normal type of injury you normally read about, that’s for sure.

Head coach Roy Williams spoke about it on Wednesday, and revealed that Berry broke his hand punching a door, because he was upset about a video game. Seriously.

Roy williams said Joel Berry broke his hand on a door after losing a video game to Theo Pinson and a UNC manager. https://t.co/uvSmvGF6ql

Berry played an important part in the Tar Heels winning a national championship earlier this year. He was named Most Outstanding Player of the Final Four, and scored 22 points in the team’s matchup against Gonzaga. He’s the leader on this team, and probably shouldn’t be punching doors.

Currently taking bets as to what game Berry was playing. Our money is on Madden. What say you?

If Berry was wearing more appropriate attire, maybe he wouldn’t have hurt himself. For a great deal on Dallas Cowboys shirts, click here.