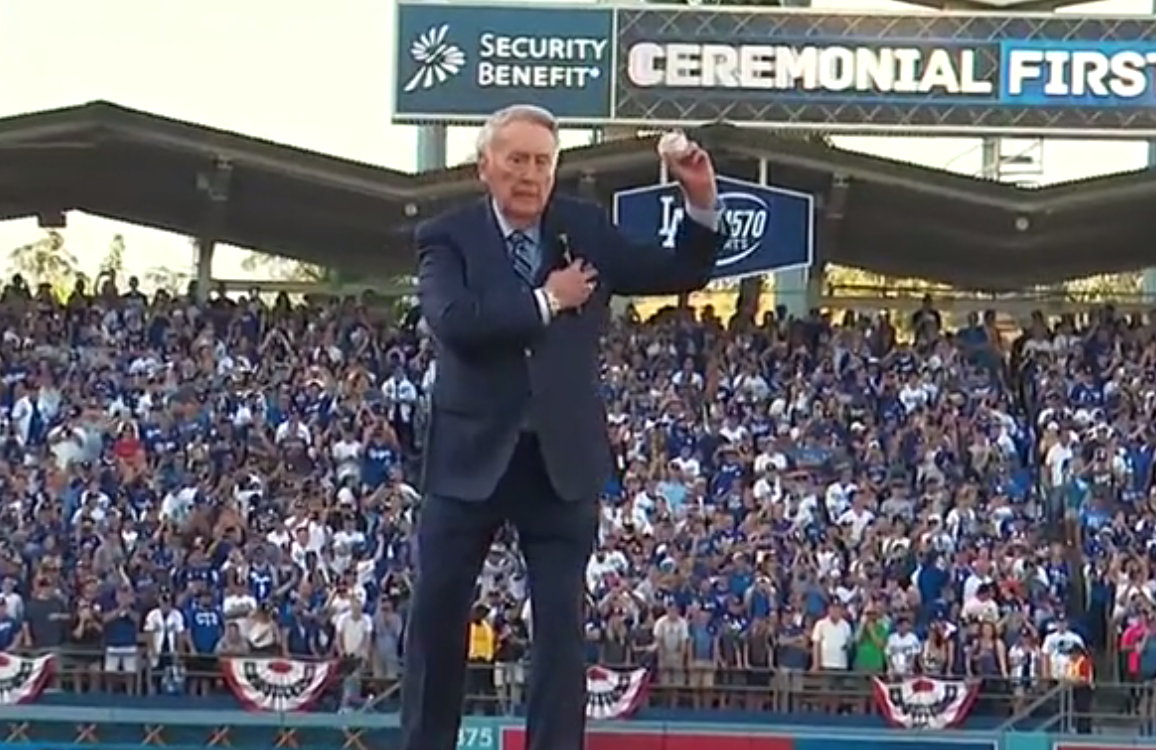 Dodgers legendary broadcaster Vin Scully was given the prestigious honor of throwing out the first pitch before Game 2 of the World Series on Wednesday night.

Scully, however, at 89 years of age, didn’t really seem like he was fit to handle the task of hurling the ball toward home plate, and understandably so.

So, instead, he elected to have former Dodger Fernando Valenzuela throw to Steve Yeager. Scully claimed to have tweaked his rotator cuff warming up for the throw, and made a comedic bit out of it, like he’s been known to do.

CHILLS. Vin Scully throws out the first pitch with some help from Fernando Valenzuela. #ITFDB https://t.co/HhMcHShkGX

An awesome moment all around, but hearing Scully say “It’s time for Dodger baseball” one final time was what really resonated with baseball fans.