Colton Parayko on the Blues: "We're a very good team" 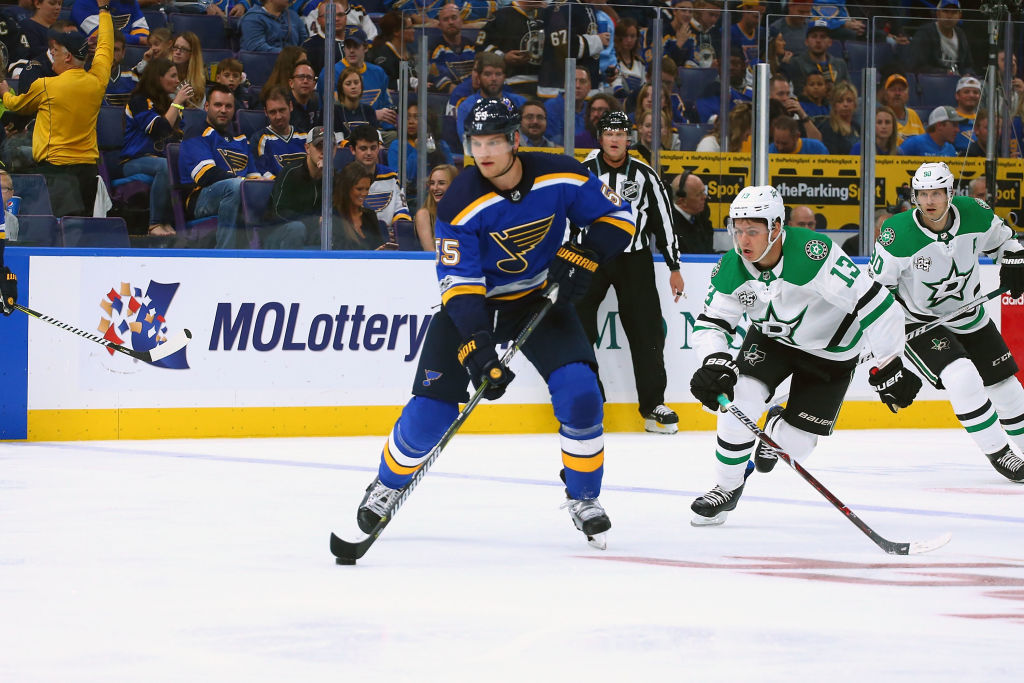 Colton Parayko on the Blues: "We're a very good team"

It’s pretty easy to feel optimistic about the St. Louis Blues with the team jumping out of the gate to start the 2017-18 season. After 10 games, the Blues own an impressive 7-2-1 record that sits as the best record in the Central. That’s pretty remarkable considering some of the early injuries the team has had to endure.

Fans are clearly believing the hype, but what do the players think? At least a few believe that this year’s team is the real deal.

“We’re a very good team. Obviously it’s exciting because we started out with some injuries and we continued to battle.

We’ve had guys that continue to step up. It’s a lot of fun to be a part of. It’s a group that’s willing to battle for each other, so it’s a lot of fun.”

Parayko appears to be right on the money with his assessment. The season is still fairly young, but few can argue with what the Blues have been able to accomplish so far. He’s also correct that the team has had some players step up and fill the void while other key players have been sidelined. Though some of the youngsters haven’t broke through, some other new faces (Brayden Schenn, Vince Dunn) have played extremely well.

“We walk into the game expecting to win and we bring the work ethic that we’re expecting to win these games. Like in Las Vegas, I think we played a really good game but didn’t get the win. We got the tie and bounced back here (Wednesday) and showed a lot of character here.”

Realistically, it’d be strange if Steen said the team expected to lose. Still, it’s fun to hear the confidence. Steen’s return has been a huge lift for the Blues, as evidenced by his huge game against the Calgary Flames (1 goal, 3 assists).

Are the Blues getting a little bit cocky? Not if Mike Yeo has anything to say about it.

“Confidence is OK as long as we just don’t get arrogant. That’s the biggest thing. I think that one of our strengths has to be that we’re humble. We know that there’s certain things that have to go in to us winning hockey games. We’re a good hockey team. We have to make sure that we’re ready to compete at the level we need to . . . that we come in with the mindset that we need and we’re prepared for hard hockey games every night. If we do that then we’re a good hockey team.”

If the Blues need a reminder why they shouldn’t get cocky, non-Blues fans will have no issue pointing out the team’s long history without a Stanley Cup. This Blues team is very good (or at least appears to be after 10 games), but let’s not forget about the overall goal. Regular season accomplishments don’t mean much.

It’s nice to see the Blues both winning and showing off an aura of confidence. Let’s hope it continues as the year rolls on.