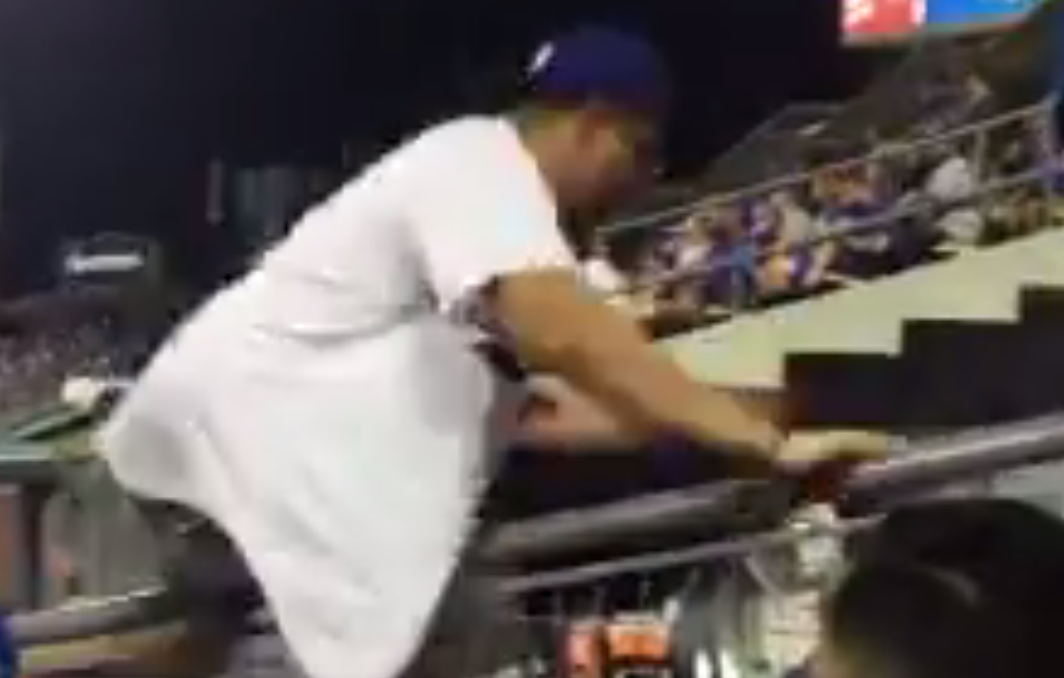 A Dodgers fan was not happy after the Astros hit back-to-back home runs in Game 2 of the World Series on Wednesday night, and he did something that was extremely stupid as his way of letting the world know how he felt.

It happened in the 10th inning, after Jose Altuve and Carlos Correa hit back-to-back home runs. The fan responded by immediately climbing over the railing and leaping into the Astros’ bullpen.

Some fan helping the @astros warm up. @Dodgers #WorldSeries2017 pic.twitter.com/pwsT5o3YI3

Fortunately, he was met immediately by security, who grabbed him, wrestled him to the ground and later escorted him out of the bullpen.

It really is a shame when fans try to make themselves a part of the game, when really, they’re there to observe and witness the action.

Good thing the fan didn’t lose his shirt or shoes when he jumped. For a great deal on Dallas Cowboys shirts, click here.