Can Tim Hardaway Jr. Turn Things Around For Knicks? 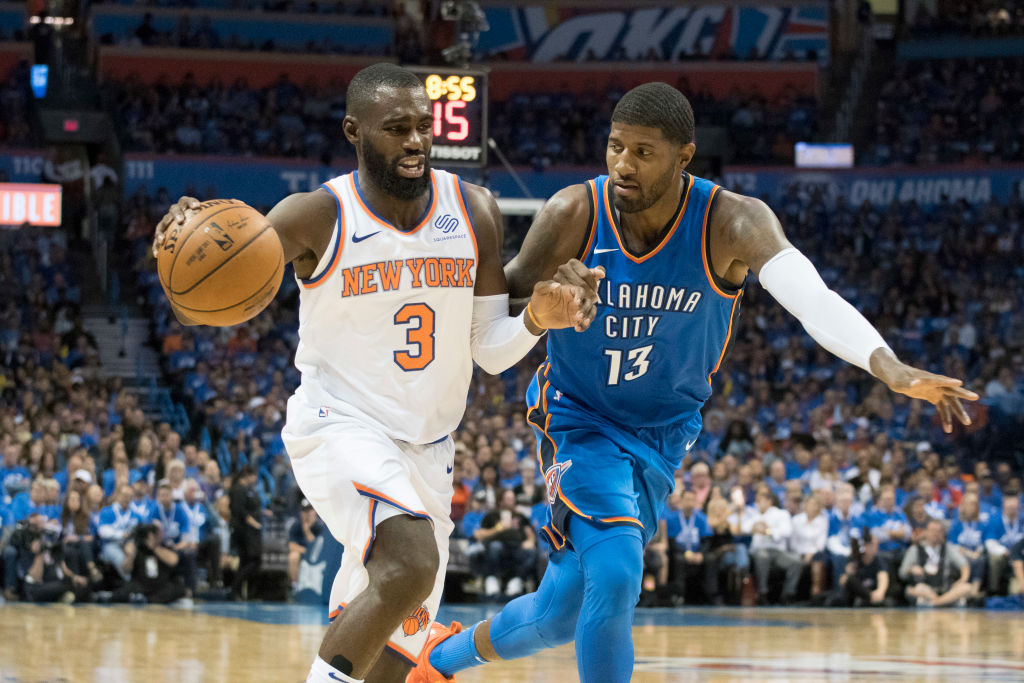 Can Tim Hardaway Jr. Turn Things Around For Knicks?

Tim Hardaway Jr. stood tall as the Knicks’ biggest splash in free agency this past summer. His four year, $71 million contract was obviously a rather pricy one, but New York believes that the 25 year old can fit right in with the team’s already present budding young core. The growth, maturation, and development the young gun displayed while learning with the Hawks made him an interesting investment, and a worthwhile one as far as the Knicks were concerned.

Much like Kristaps Porzingis, Hardaway Jr. is largely expected to help carry the scoring burden and ensure his team accounts for the missing production without Carmelo Anthony. The promising swingman may need his own adjustment period to embrace this new role, but there’s no doubt there are certain expectations. New York is hoping Hardaway Jr, can build upon his steady campaign from last season, during which he averaged 14.5 points on a 46/36/77 shooting clip.

Unfortunately, that’s yet to happen. In fact, Hardaway Jr. has sunken to even the most uncommon of lows as the Knicks have begun the season 0-3. Tommy Beer of Basketball Insiders shares further insight in the tweet below.

Expected to take on more responsibility, it’s safe to say Hardaway Jr. is failing to hit the mark thus far. He’s averaging 9.3 points on 24% shooting from the field.