Aaron Rodgers claims Anthony Barr flipped him off, gave him 'suck it' sign after injury-causing hit 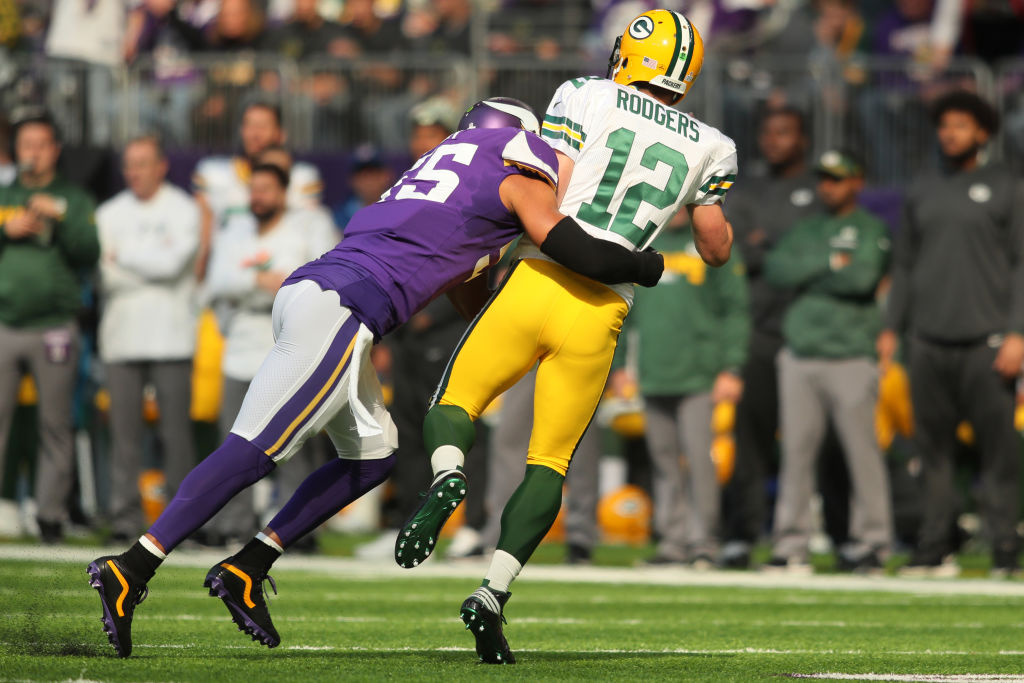 Aaron Rodgers claims Anthony Barr flipped him off, gave him 'suck it' sign after injury-causing hit

We now know why Packers quarterback Aaron Rodgers was furious after Vikings linebacker Anthony Barr put a big hit on him, resulting in a broken collarbone.

Rodgers was seen yelling at Barr afterward, clearly upset about the hit. But we’ve now learned it wasn’t really the hit that set him off, it was the way Barr reacted.

AR12 claims Barr rubbed salt in the wound by doing a few classless gestures. Here’s what he had to say to Conan O’Brien in the most recent edition of “Clueless Gamer.”

“I looked over at him as I walked off the field, the cameras caught me saying something to him, but what they missed was him … finger, ‘suck it’ sign,” Rodgers revealed.

If that’s true, we can understand why Rodgers reacted the way he did.