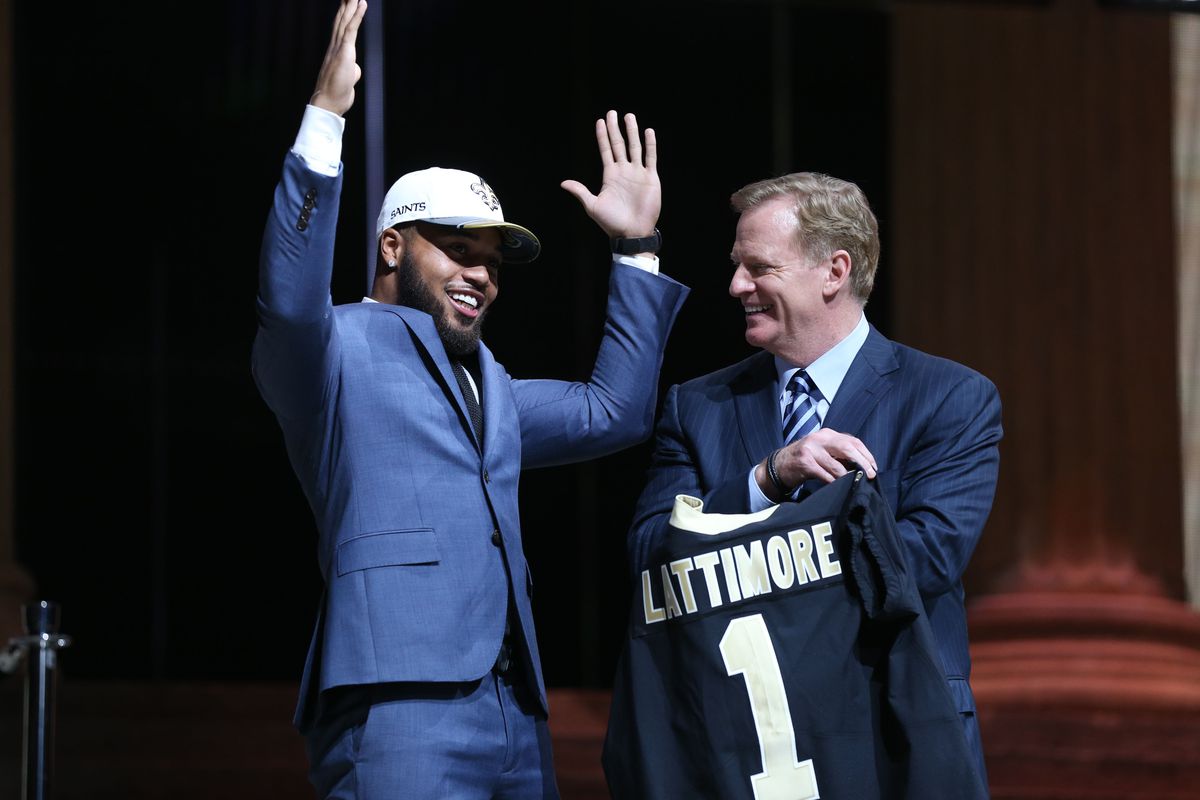 Once or twice can be a coincidence, 3 times is a trend, 4 times it starts becoming habit. For four consecutive weeks the Saints defense has been the best unit on the field. They are playing aggressive, downhill football with a chip on their shoulders a swagger all their own, and they are ascending right before our eyes. The Saints defense has once again won them a game where the offense was inconsistent by having outright stellar coverage, timely pressure, and sure tackling (for the most part). There will come a point where the Saints defense will regress to the mean a bit, and the big runs they occasionally give up have hurt them, but the general trend has been that they are playing winning football.

If the Saints defensive line didn’t get bodied on the entire opening drive of the packers this grade would be higher. Sheldon Rankins was absolutely swallowed and it led to a 46 yard TD by the Packers. The Saints didn’t get great consistent pressure throughout, but to be fair to them it was basically acceptable for the Packers to commit some variety of holding on what felt like every play. Cam Jordan even joked about it after game saying the fans were chanting “hold pack, hold”.  Jordan dominated his matchup as per usual, Okafor forced another fumble (Jordan claims it was his) and got another sack, and it was Okafor’s pressure that forced a Vacarro interception to seal the game. Other than a few big runs a great game for the defensive line.

It was an up and down day for the linebacking unit, and Klein in particular. The Saints linebackers were completely washed out on the Packer’s first drive as they stuck to their blockers like S*&^ on Velcro. Klein in particular was erased on a number of the bigger plays in the running game. However, Klein helped to redeem himself throughout the game by blowing up some plays in the backfield and nearly coming down with an interception on an excellent coverage snap late in the game. Robertson and Teo didn’t do much of anything positive or negative, but that also means they didn’t screw the pooch. Klein managed to salvage his grade with some impact plays after his early struggles so they managed to eke a decent grade as a unit. Other than Tight End this remains arguably the weakest position on the roster.

The Saints safeties were a big part of Brett Hundley passing for less than 100 yards. They did a great job of taking away the easy looks, and were solid all the way throughout the game. The grade received a significant boost from Vacarro’s game sealing interception. Kenny has really turned his season around after he was arguably the team’s worst player in the first two weeks (you read that right). Vacarro has been a leader in every way you can ask of him. In the locker room, in the media, on the field, you name it Kenny has stepped up and been a major part of the team’s turn around and sudden winning streak. Marcus Williams continues to develop, but you can see that the interceptions are going to start coming for him, and Vonn Bell has returned to form from last year just filling in where needed and being a stabilizing force for Kenny. Never underestimate the value of a sure tackler whose almost always in position.

Cornerback: A+ for the BoonkGang

I have yet to figure out what BoonkGang means, and I don’t care because as far as I’m concerned the only thing it means is the Saints have one hell of a secondary. Marshon Lattimore is one of the best rookies I have ever seen regardless of position, and he’s doing it at the hardest position to play as a rookie. He’s incredible. Zone defense was supposed to be his weakness. He made maybe the play of the game (and Baldinger and others have talked about this ad nausium) when he dropped his man and sprinted up the field to break up a deep pass to Jordy Nelson who had Ken Crawley beat. Crawley had a good game too despite getting called for some VERY ticky tacky calls, but Lattimore being so dominant has been the biggest boost to this defense. If you need one play that perfectly encapsulates Lattimore just look at the screen to Davonte Adams he blew up. Lattimore was in position to make the tackle short of the sticks anyway, but he still made sure he batted the ball down not even letting it get competed. When asked about it later he said he doesn’t want to allow anything, not even that. THAT is the mentality that a Drew Brees has, that ELITE players have. Lattimore still has to earn that title…but he’s on the path.