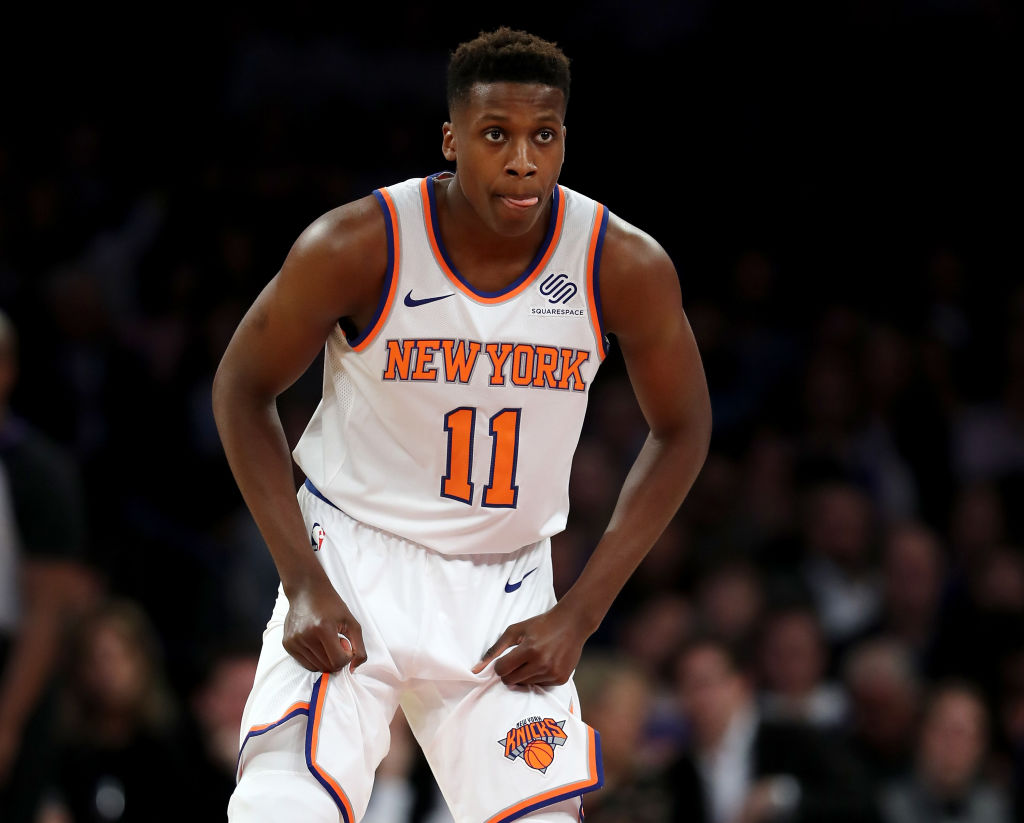 The Knicks may not be as trigger happy with their head coach as the Phoenix Suns were with Earl Watson, fired after an 0-3 start. They did, however, decide to pull the rug out from under point guard Ramon Sessions. The ten-year veteran started the team’s first three contests, only not to be seen at all on Friday against the Nets.

While arguably unorthodox and unexpected, it was a change that paid off. Following impressive results and a decisive first win of the year over Brooklyn, Knicks fans may have seen the end of the Ramon Sessions era as they know it, just like that.

For New York (who entered Friday 0-8 this month during preseason and regular season play), Friday’s game started off just like any other. The Nets jumped out to a double-digit lead in the first quarter and the Knicks looked out of sync early. Such dysfunction is something that if it becomes all the more common, will eventually become the norm.

While New York initially struggled to find its rhythm offensively, a key variable was most definitely changed. Slotting Jarrett Jack in at the one brought out a new energy in this group. He exhibited great chemistry with Kristaps Porzingis and appeared to be a rather vocal leader. The younger players benefitted from this as Jack logged one of his best outings on the court in three years: 8 points, 7 rebounds, and 5 assists. He set the tone, and if he’s able to keep giving the Knicks a similar boost, he’ll make it very difficult to cut him as the odd man out once Joakim Noah’s suspension is up. Jack is fighting for his livelihood, and it showed.

Jack played 26 minutes, clearly not able to do it all. Seemingly motivated to explore other options besides Sessions, Jeff Hornacek turned to Frank Ntilikina for longer burn in hopes of keeping the momentum going. Whereas Jack played the role of orchestrator and led his teammates across the floor, Ntilikina simply pushed the pace and that motivated his fellow young and hungry teammates to get after it with him. They played an uptempo pace that proved too quick and overwhelming for the Nets to keep up with. Because they were eager to keep pouring in the points, New York was much more aggressive on the defensive glass, limiting Brooklyn’s ability to capitalize on second chance points. They wanted the ball more, again and again.

Jeff Hornacek is hoping this team can win with a run and gun mentality. It starts with point guard play, and there’s no doubt Jack and Ntilikina sparked something different in the Knicks’ 107-86 victory. Jack took pride in hitting guys with precise and crisp passes that allowed them to cash in on high percentage looks. Upon dishing out 5 assists of his own, it looked as though Ntilikina’s goal was to get out and run with each passing possession so that he and his teammates could beat Brooklyn to the basket in a foot-race. Such a strategy cleared worked wonders (the rookie also added 9 points in his home debut), and building up such a big lead allowed Coach Hornacek to rest his starters and provide the reserves with more opportunities to shine in the fourth quarter. This can create a healthy balance that allows the team’s big dogs to play with less pressure and the complementary guys to develop a consistent rhythm on the court.

Whereas Jack and Ntilikina were to thank for such an outcome, Porzingis was undeniably a benefactor of their positive play. Scoring at least 30 points for the third time in four games, the big man was aggressive around the rim and clearly enjoyed being set up by his teammates. The floor generals knew where to find him consistently, which should make things easier for Porzingis moving forward if they can all keep that up.