Islanders Pregame: Looking to Put Loss to Wild Behind Them 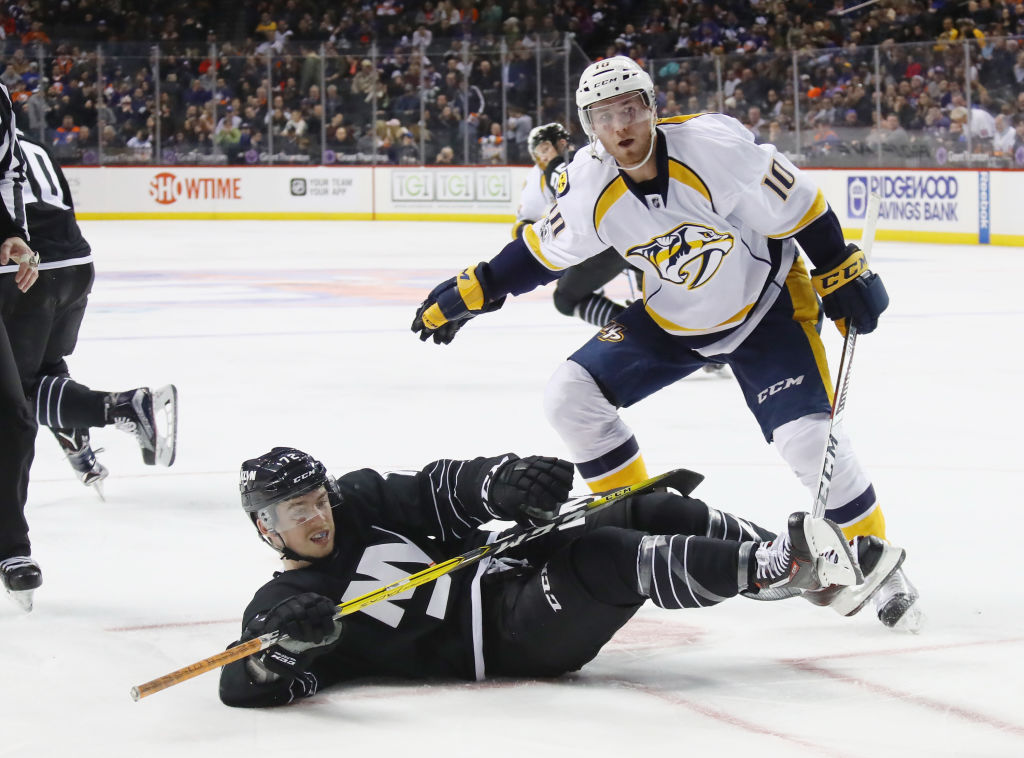 Islanders Pregame: Looking to Put Loss to Wild Behind Them

The Islanders will look to put their misfortunes in Minnesota in the rearview mirror with a win over Nashville tonight in the Music City. New York is 2-3-0 in their last five visits to Bridgestone Arena and 4-8-0 overall against Nashville on the road.

After a trip to the Stanley Cup Final last season, the Predators are off to a 5-3-2 start this season and are coming off a 2-1 win over the Chicago Blackhawks last night. The Predators are the best team the Islanders have faced since their trip to Los Angeles earlier in the month when they fell to the Kings.

New York will make several lineup changes on the defensive side heading into tonight’s game. Ryan Pulock will get back into the lineup, as will Dennis Seidenberg. Scott Mayfield and Thomas Hickey will come out of the lineup.

Jaroslav Halak will be in net for New York.

The Islanders had been on a three-game winning streak going before being humbled by the Minnesota Wild in a 6-4 loss on the road. The Islanders came out flat and fell behind early before making a small comeback in the third period. The Islanders have been dealing with slow starts and a failure to convert on the power play since the season started.

The Islanders has the league’s worst power play, but Islanders head coach Doug Weight could make some changes to the special teams unit. He was tinkering with power play personnel during practice on Friday.

Sundown In Nashville by Marty Stuart & His Fabulous Superlatives