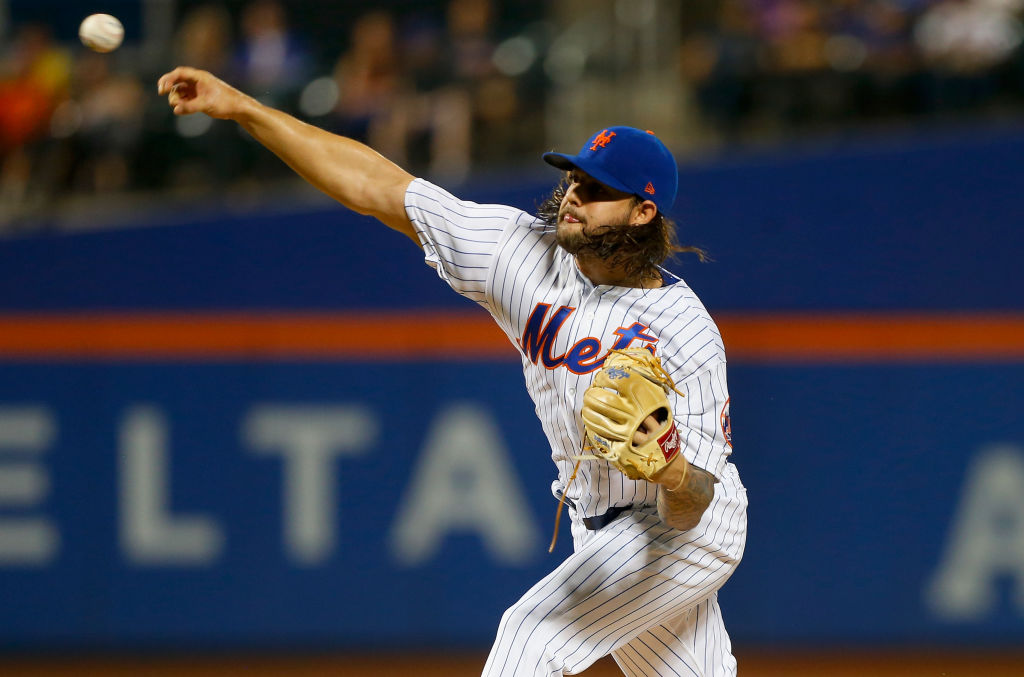 Now that the 2017 season is over for the New York Mets, we have been looking back at the year that was. After taking a more general view of the offense, pitching, and coaching staff, it’s time to take a look back at the Mets’ players. This series will take a look at every player on the active roster for the Mets at the end of season from A (Nori Aoki) to W (David Wright). The review will look at their season statistics, stories, and what role (if any) they will have next season. We continue our series today with a look at starting pitcher Robert Gsellman.

NEW YORK, NY – SEPTEMBER 27: Robert Gsellman #65 of the New York Mets pitches in the first inning against the Atlanta Braves at Citi Field on September 27, 2017 in the Flushing neighborhood of the Queens borough of New York City. (Photo by Jim McIsaac/Getty Images)

Story: The Mets had high hopes for Robert Gsellman after a strong finish to the 2016 season, and he built on those hopes with an excellent performance in spring training. That strong showing earned Gsellman a rotation spot to start the season, but he got off to a rough start, going 2-3 with a 7.07 ERA in his first eight starts to get temporarily demoted from the rotation. The Mets probably would have sent Gsellman to the minor leagues if they had more options available, but after injuries decimated the rotation Gsellman was reinserted after missing just two starts. Gsellman pitched better for a few starts, but got blasted in his final three turns in June. Things got worse for Gsellman on June 27th, when he tore his hamstring running the bases in a loss to the Marlins. That injury knocked out Gsellman for six weeks, and he looked uninspired in his initial rehab starts.

General Manager Sandy Alderson told reporters in early August that Gsellman needed to pitch better in order to return to the major leagues, to which Gsellman responded with a simple “I don’t care”. That lack of concern about his performance drew a ton of criticism, and Gsellman apologized to Alderson before getting activated from the disabled list on August 16th. Gsellman was inconsistent over his final eight starts, but his overall results were better in the second half (3-2, 3.50 ERA) than the first (5-5, 6.16 ERA), so that was at least promising.

Gsellman was one of the bigger disappointments for the Mets this season, especially with the team counting on him to perform as a key member of the rotation. While advanced metrics indicated that Gsellman likely overachieved at the end of 2016, no one expected him to perform so poorly at the start of the season. A decent second half saved Gsellman’s grade from dipping into the D range.

The Mets will bring Gsellman back in 2018, but he will have to compete to earn a role on the Opening Day roster. Gsellman could also factor into the bullpen mix for the Mets, potentially competing with Seth Lugo for the long man position. It will be interesting to see what new manager Mickey Callaway and his new pitching coach can do for Gsellman.

Check back tomorrow as our Player Review Series continues with a look at starting pitcher Matt Harvey!