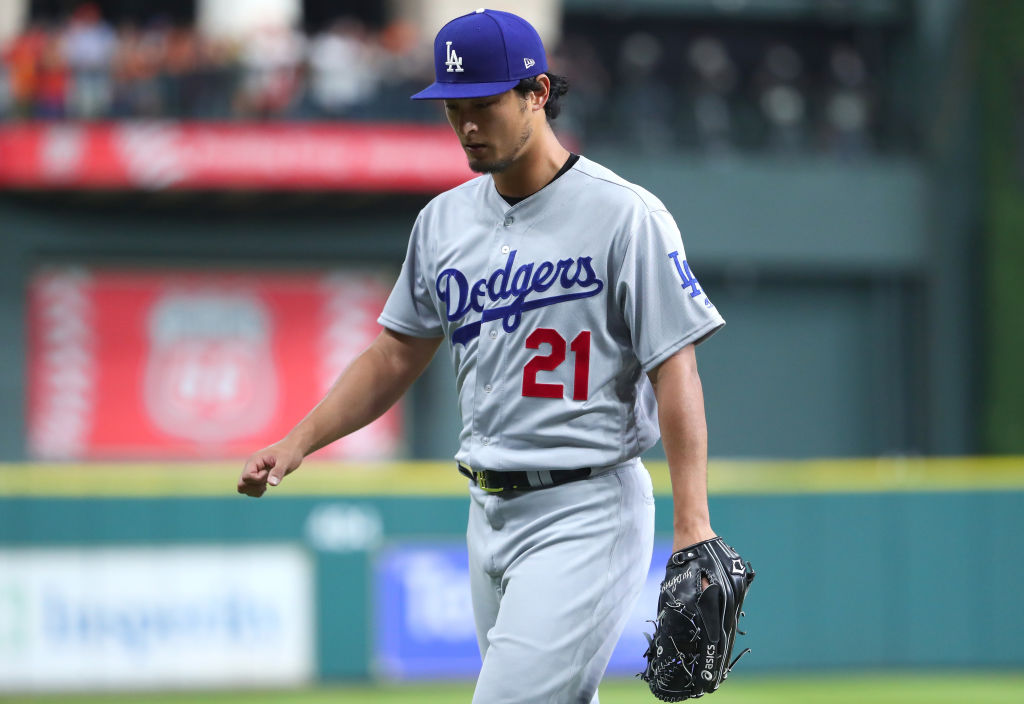 Dodgers pitcher Yu Darvish had a rough outing in Game 3 of the World Series on Friday night, and it wasn’t just about his poor performance on the mound.

Darvish lasted just 1 2/3 innings in the game, and was tagged for four runs on six hits. The first run he gave up was a solo homer that came off the bat of Yuli Gurriel, on a pitch the Astros infielder crushed to left field.

To make matters worse, though, Gurriel appeared to rub salt in the wound afterward. The manner in which he did that, though, was considered classless by many. Gurriel appeared to mock Darvish with a slant-eye gesture and racial slur (watch here), and the Dodgers pitcher did not appreciate it.

Darvish was asked about the questionable gesture after the game, and he called Gurriel’s actions “disrespectful.” He also added that Gurriel will learn from his mistake, and had this to say about it.

Darvish on Gurriel: “He made a mistake. He’ll learn from it. We’re all human beings.”

Props to Darvish for holding his tongue and not going off on Gurriel, which other players in his position would have done. The short outing was tough enough for him to deal with, and seeing Gurriel mock him for his ethnicity likely made the night a disaster on multiple fronts.

Darvish may get a chance to redeem himself later in this series, but first, the Dodgers will need to get back on track by winning a game.