An Open Letter to the 2017 WSU Football Senior Class

An Open Letter to the 2017 WSU Football Senior Class

I am writing this note to you because it’s Senior Week; and, even though last night’s loss still probably stings a bit, your dreams of winning a Pac-12 North Division title (and Championship) are still right in front of you.

I want to begin this note by apologizing in advance for the long-winded tangent that follows, but since I think you’re probably used to that kind of stuff by now…. 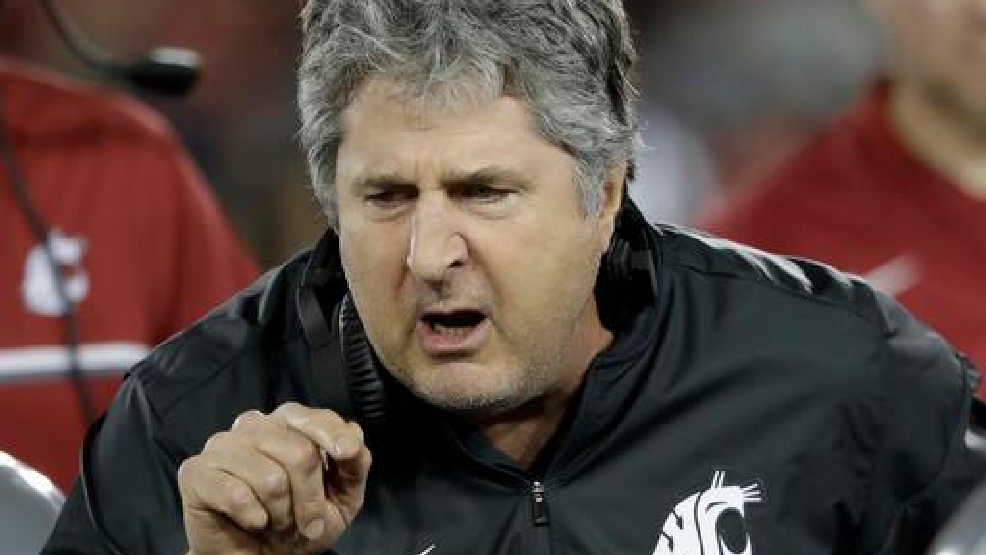 I’ll just go ahead and get right down to it.

In 1994, I was two years removed from graduating from Washington State University. At that time, the football team was having a season that was both historic AND maddening.  That team had a defense, known as the Palouse Posse, who were ranked in the Top 5 nationally while the offense was ranked somewhere in the 120’s. That defense was so dominant that if the offense had even been mediocre, we would have found ourselves squarely in the national title conversation. 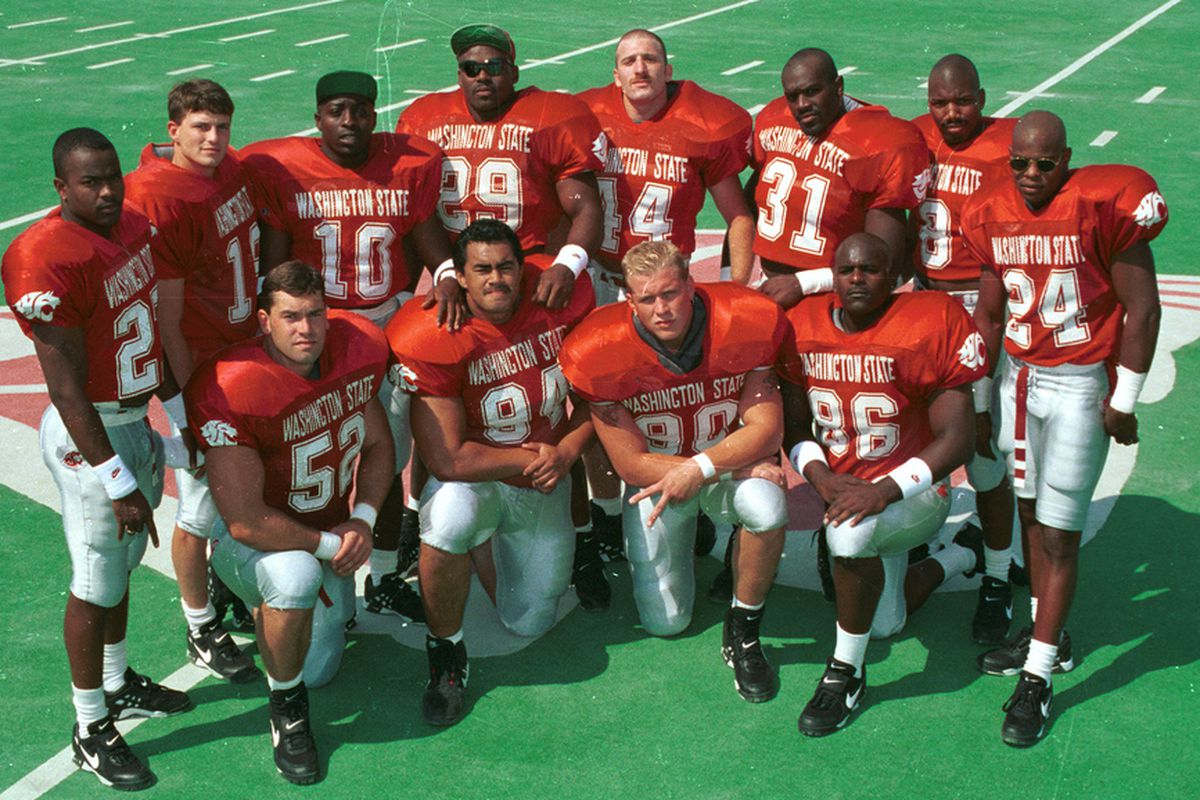 Anyhow, 1994 was a funky year for College Football in the Pac-10. Washington was in their second year of probation after having cheated their way to a national title in 1991–so they couldn’t win the title or go bowling.  But, in spite of their status as leaders of “Probation Nation,” the Huskies were still a very formidable football team—having ended Miami’s vaunted 58 game home winning streak at the Orange Bowl earlier in the year.

So, with Washington out of the conference title mix, the Cougs entered the first week in November squarely in contention for their first Rose Bowl berth in 64 years.  It was a weird conference race that year because, on November 1st, there were still four teams who were in contention with 6-2 records overall (WSU, Arizona, USC, and Oregon).  And oddly enough, NONE of those teams controlled their own destiny—they all needed someone else to lose.

Anyhow, because Washington was on probation, the Apple Cup had lost some of its luster—at least from the perspective of Washington fans.  And because of their probation-fueled apathy, WSU announced in early November of 1994 that they were going to release 1500 extra tickets for the Apple Cup, which was to be played in Pullman in that year.

So, when I heard the news on KJR that a wave of Apple Cup tickets were going to be made available to the public, I quickly got on the phone and called my good college buddy Sean Hawkins to see if he wanted to go.

Of course, Sean was completely down with the idea of making a road trip to Pullman, so I called WSU, bought two tickets, and dreamed of what might happen if that game happened to be for the Rose Bowl!

(Sean Hawkins and I would start the WSU Football Blog together ten years later).

By the time that “Hate Week” had rolled around, we had completely choked away our Rose Bowl aspirations. We got blasted by Rob Johnson and USC at home with first place on the line and then followed up that stinker with a road loss to OREGON STATE (who was TERRIBLE at that time) to fall to 6-4 on the year. And because there weren’t a ton of bowl games out there at that time, there were SERIOUS concerns about whether we would be invited anywhere if we dropped to 6-5 with an Apple Cup loss.

So, on Friday of “Hate Week,” I found myself unusually fired up. For example, I called into KJR’s annual smack-talk contest and SLAMMED four weak-a$$ HUSKY contestants on the air in the process—winning more smack-off rounds than any contestant in the history of that annual radio event (Fact Check: TRUE!).  Then, on Saturday morning, Sean and I drove over to Pullman in the snow.  By the time we got to Martin Stadium (about 5.5 hours later), the temperatures were sub-freezing, the snow was lightly falling, and the atmosphere was ELECTRIC!

Ultimately, the Cougs responded to an opening touchdown drive by the Huskies and coasted to a 23-6 victory which landed us in the Alamo Bowl (which we won).  And when the game ended, Sean and I ran on the field with hundreds (thousands?) of others, grabbed a pylon from the Stadium Way side endzone and ran around the field with it for about 20 minutes.

Then later, at the post-game, I found myself near Coach Mike Price behind the main stage in the Field House and decided to have a few choice words with him.  A couple of things to know about that brief “conversation” with that legendary Cougar coach: (1) I might have had a few drinks before and during the game that night #BrownLiquor; and (2) Mike Price had been widely associated with several high profile Big 10 coaching jobs. And because of the rumors flying around about Coach Price and his tenure at WSU, I found it both necessary and important to let him know about how grateful I was for his service to WSU.

So, when he got up to the stage to address the media about 1 minute AFTER he was introduced, Mike Price apologized on his post-game radio broadcast (and to the crowd) in the following way:  “Sorry I am late folks, but some alum just cornered me and tried to hand me the Michigan State job.”  (FACT Check: True!)

I mention that whole backstory because, at the time, that night represented just another GREAT night for me in Pullman, WA.   And as we headed back to Seattle the next day, I remember telling Sean that I couldn’t wait for the 1996 Apple Cup because of how meaningful it was to watch an historic group like the Palouse Posse end their careers in Martin Stadium on a high note.

What I didn’t know at the time was that I would move away from the State of Washington (permanently) in the summer of 1995 to attend graduate school. And, as a result of that move, starting a family, finances, kids, and job constraints, I wouldn’t see another WSU Football game in person for…… (GULP!)

About a year ago, a scheduling conflict came up that required me to cancel a trip from Alabama to San Francisco at the last minute. And because of that cancellation, I found myself with the unusual fortune of “having” to book a trip somewhere in the Lower 48 by October 23rd.  And because your senior class and this football team have been so darn special, I thought to myself, “If I can’t make a trip to Pullman now, then when in the hell am I EVER gonna get back home?”

So, just like I did 23 years ago, I picked up the phone and asked my good friend Sean Hawkins if he wanted to go to the Stanford game, which of course, he did.  After that, we then asked our fellow Blogfather, Longball, if he could host us—which he readily agreed to because that’s what great Cougs like him do!

And so on this Saturday, after 23 years of waiting–as well as 13 years of blogging about WSU Football–I finally get to come back home to Pullman and watch my team play, in person, at home, and ON SENIOR NIGHT!

And I can’t tell you how excited I am that my own homecoming falls on your final game in Martin Stadium.  Because win or lose on Saturday, your class has done more for our school, its pride, and spirit than you’ll ever know.

So, let’s make Saturday one for the ages, gentlemen.  And thanks to each and every one of you for inspiring this old timer to find his way back home after all these years.