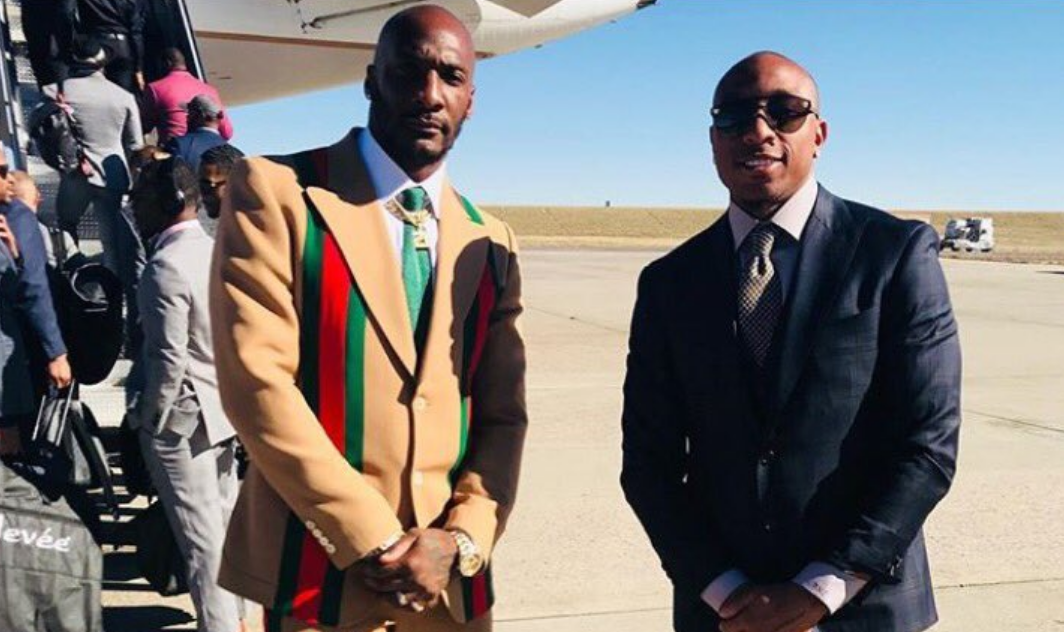 Broncos cornerback Aqib Talib was seen rocking a suit that was quite flashy in nature as he prepared to board the team plane to Kansas City for Monday night’s game.

Talib didn’t go with a traditional look, and instead wore a tan suit with green and red stripes, and a large gold chain, of course. It made him look like a powerful figure, and he resembled a foreign official or someone of high ranking.

Teammate Chris Harris Jr. posted a photo showing the two of them in front of the team plane on Sunday.

No Fly headed to KC #MondayNightShow

If Talib would’ve given a salute, we may have mistaken him for a dictator.