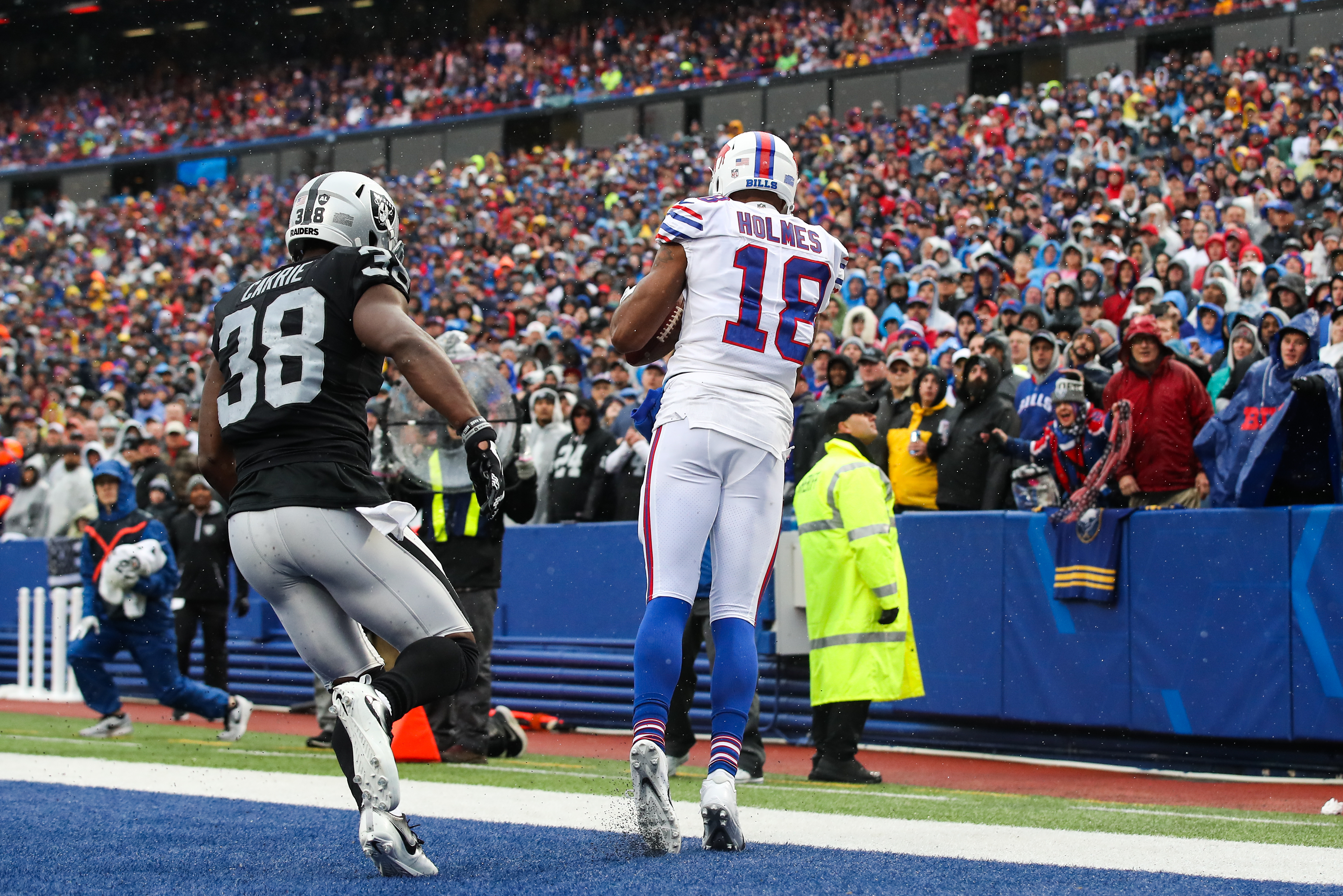 And that’s not counting the actual 34-14 score.

The Process is booming in Buffalo friends.

Team Win – Each week, the game becomes “which Bills player is going to be the hero?” and the rotation has been a fun one. Whether it’s Matt Milano, he of the perfect timing, or Jordan Matthews, or Zay Jones, who had a great game in horrid weather to boot – or Tyrod’s quiet brilliance weekly in concert with McCoy, these guys play well within their schemes and offense, defense and special teams flow so well into each other.

The Defense being stingy – Not only are they strong with points allowed – remember, they’ve lost 2 games by a combined 7 points – but their ability to clamp down on teams late is becoming the expected result. I’m really impressed with McDermott, Frazier and company’s ability to get their players in the right spots every time. It’s not lucky to be there for these plays, when you practice forcing them and how you will react, or bringing in Peanut Tillman to talk about how important a good punch is for forcing fumbles, or how well someone like Lorenzo Alexander has been in every aspect of playing linebacker. I’m really impressed, trade(s) notwithstanding.

“We don’t need talented players” callers – One of the side effects of this win is the clamoring to state that the Bills can win without Marcell Dareus, or Sammy Watkins or any other player that has become the whipping boy of some fans. However, Nick Wojton was awesome providing Kyle Williams’ thoughts on the matter.

Here's Kyle Williams' full thoughts on the #Bills decision to trade Marcell Dareus: "I think it's best for both sides." #Bills pic.twitter.com/GP6cDh6zUP

Looking at Kyle, “next man up” is a totally different mindset than “we don’t need YOU”. Do better – and you know who you are out there.

That call – The claim of offensive pass interference, when the Raiders defender merely slipped on his own was horrid. Not only did it derail a drive, it also puts a bug in the receiver’s ear as to how the refs are going to call 50/50 plays, let alone a play like that one where there was no penalty.

At this point, the only thing that’s Bills-y is the fear this is 2011 and they’re going to lose 7 in a row. If anything, I’m looking at how organized and focused this team is and await a nice win streak in November.

At the half, many were in the “chill” mode until the Bills proved they could take the game by the throat…

a half away from 5-2? pic.twitter.com/CEerwkTssS

Fair – I was getting a little ahead of myself.

While Johnson didn’t get a pick-six, his tackling open field is superb and that 27 point run couldn’t happen without him bringing it from the slot.

The worst part of this is preparing for the bottom to drop out every week. At which point am I going to relax, Dr. Fann? #HangUpAndListen

Jim, as a Ph.D candidate is basic Drought-a-nomics, I would say this – November is going to be huge for this team. Before the 4 games against the Pats and Dolphins, the Bills will face the Jets, Saints, Chargers and Chiefs. Beat the Jets and exorcise the 2011 demons and get to 6-2. Beat a Saints team that comes to Orchard Park and hope for more bad weather, handle the Chargers in the parking lot they call a stadium at present and coin flip in the Mentor-Protege Bowl.

If anything, if they keep at it, I’d bet the Chiefs game gets flexed – and exorcise the “Not Ready for Primetime” demons as well.

What I’m saying is, I’m not relaxing unless they’re at 9 wins going into December. That leaves Pats x 2, Dolphins x 2 and Colts. Win two of those 5 and you’re in the playoffs.

After the game, the mood was deservedly overjoyed:

Carr had 300 yards so by Bills fan standards shouldn’t they win by default?

TWEET OF THE DAY.  Rachel, queen of the astute observations, a hearty Dilly Dilly to you.

There may be extracurricular activities in the parking lot for Milano jerseys after the game.

Up next are the Jets on Thursday. I’m getting a dang quesadilla and going to bed.