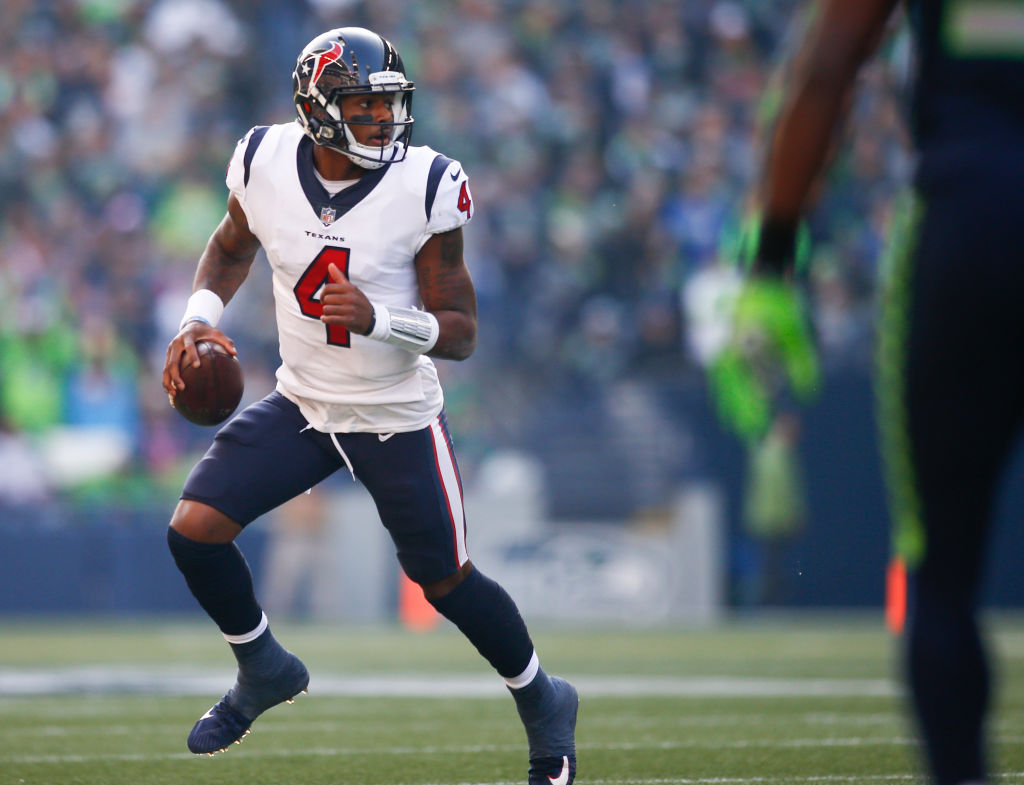 Texans rookie quarterback Deshaun Watson continues to etch his name in the record books with each passing week.

Watson set yet another record during Sunday’s game against the Seahawks, in a game that was anything but the defensive-minded matchup fans and analysts alike had previously predicted it would be.

The Texans quarterback threw four touchdown passes in the game, the final one being a short pass that stud receiver DeAndre Hopkins took 72 yards to the house. Check out the breakaway speed from Hopkins, as he burst into the open field and outran the Seahawks defenders in racing to the end zone.

It was the 19th touchdown for Watson this season, the most by a NFL quarterback in their first seven career games. The record was previously held by Kurt Warner, who had 18.

Watson also managed to accomplish this feat with his stellar performance in Sunday’s game.

It appears the Texans have finally found their franchise signal-caller for years to come.