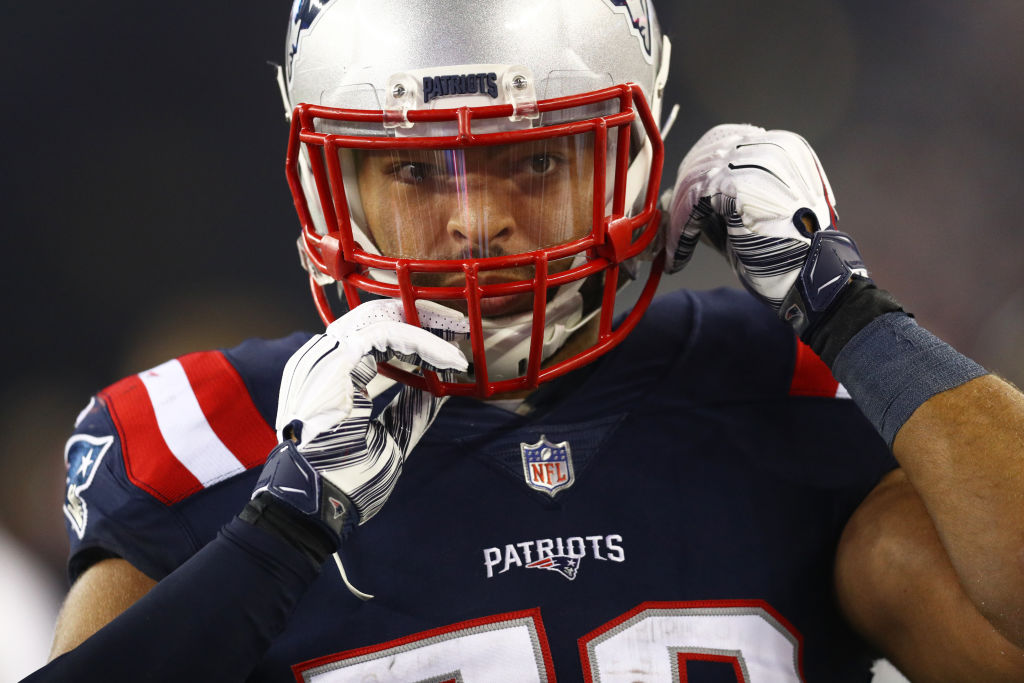 The Patriots’ offense failed to finish drives against the Chargers on Sunday, but the defense came up with some stops in key spots, and New England emerged victorious for the sixth time in seven games.

It wasn’t a pretty win by any means, but the Patriots will now take a 6-2 record into their bye week. New England did struggle in the red zone, and that’s something the team will likely look to work on during their week off. The Patriots racked up 414 total yards and 27 first downs on Sunday, but managed to score only 21 points.

Red-zone efficiency was what held the Patriots back from what could’ve been a much more comfortable win, as the offense scored only one touchdown on four trips when inside the Chargers’ 20-yard line.

Patriots linebacker Kyle Van Noy came to the defense of the offense in speaking to the media after the game, though.

Van Noy raised a good point, as the offense did do a good job of managing the clock and keeping its defense rested. The Patriots possessed the football for nearly 37 minutes on offense, and that seemed to take a toll on the Chargers late in the game.

Still, reporters focused on the Patriots’ red-zone woes, and Van Noy was not happy about it. Here’s what he had to say when a media member asked him about the team’s red-zone issues.

The Patriots linebacker knows of what he speaks, because at the end of the day, despite losing two of their first three games at Gillette Stadium this season, New England still sits atop the AFC East standings, and can enjoy a 6-2 record heading into its bye week.