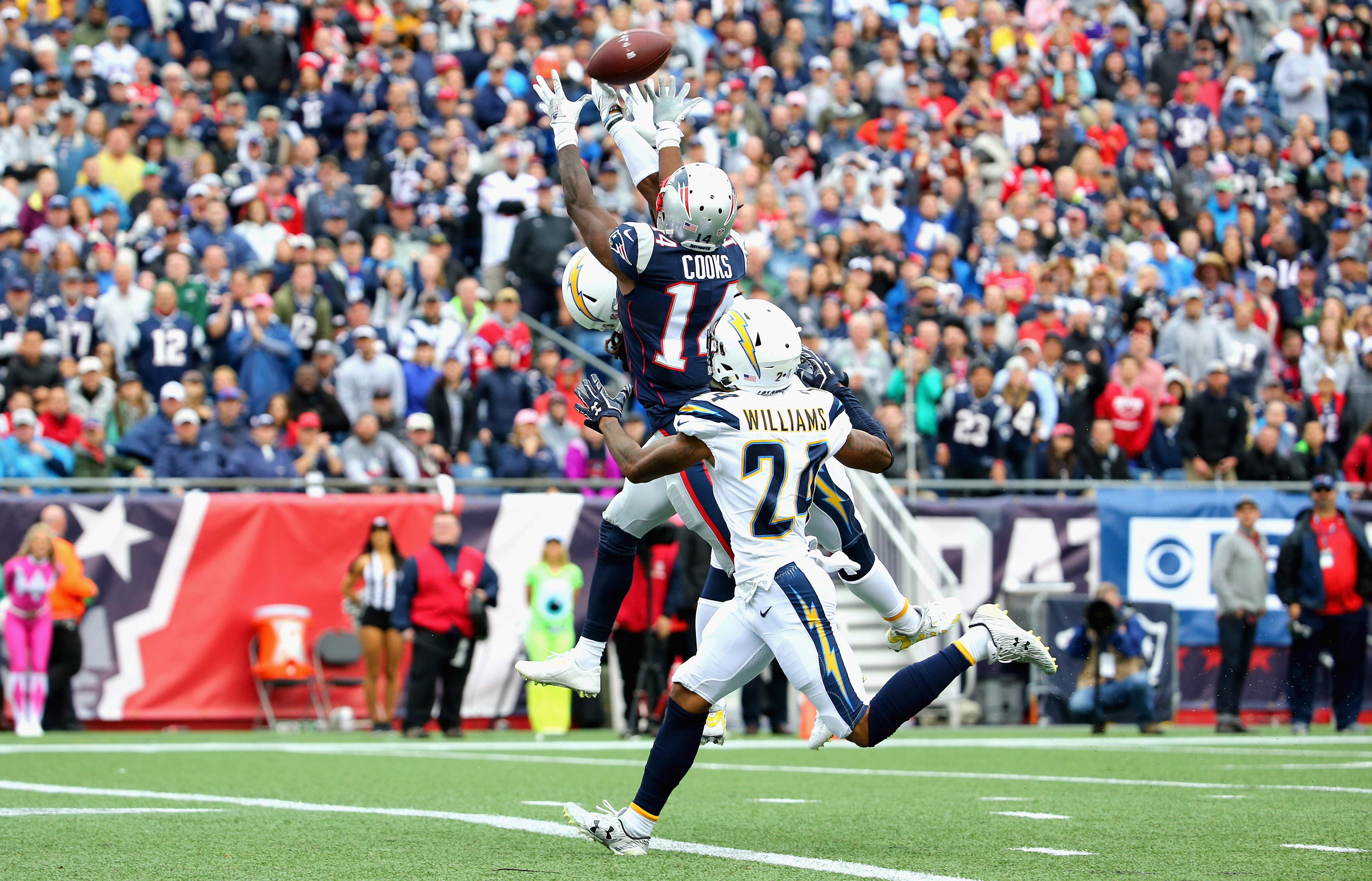 Los Angeles running back Melvin Gordon was a pleasant surprise in the first quarter, breaking off an 87 yard touchdown run to put the hot Chargers on the board first 7-0. Finishing with 132 yards on the day, Gordon was the glue for the running game, but quarterback Phillip Rivers watched several key passes to receivers falling incomplete, which was not moving the chains. A brutal neutral zone infraction on star defensive end Joey Bosa upended the Chargers momentum late in the fourth quarter, eventually leading to the 21-13 defeat to New England after Rivers threw a Hail Mary attempt into the end zone with 0:01 remaining in the fourth quarter  but was picked off by cornerback Jonathan Jones.

Led by the wondrous Tom Brady, New England secures a 6-2 record heading into the Week 9 bye week. Chucking 333 yards on the volatile Chargers defense, Brady  now has over 2, 500 yards on the season with 16 touchdowns passes compared to the lone two interceptions. The only touchdown on New England’s end today was to tight end Rob Gronkowski, who caught five of Brady’s 31 completions for 57 yards. On the ground for New England, running back Dion Lewis was geared for another big showing, taking 15 carries for 44 yards and being the complete back today. Fellow running back Mike Gillislee, who was not prepped to have a huge game, took the other portion of carries from Lewis, running 34 yards on 11 carries. A big surprise from the Patriots high octane offense was pass catching back Rex Burkhead. Not quite a household name in Foxboro yet, Burkhead exploded in the receiving game with 68 yards on 7 catches from Brady. Burkhead dd not drop a single catch, as he was targeted 7 times exact. The leader of receiving yards belongs to former Super Bowl MVP James White, who totaled 85 yards on five catches.

For Los Angeles, a fast start by former Wisconsin Badger standout Melvin Gordon helped the pace of the Chargers surging offense, but eventually could not connect on future opportunities. Longtime quarterback Phillip Rivers continues to ascend in the history books by adding 17 completions today, totaling his career numbers to 3,984 completions. For his receiving corps, relying on speedster veteran Travis Benjamin worked at times, as he gained 64 yards on 5 catches, most importantly the late TD in the fourth quarter to cut the deficit down to 5 points 18-13.

The defense for Los Angeles was blistering all day long against the vulnerable Patriots offense due to a Marcus Cannon injury. Three sacks on Brady throughout the day does not seem like a lot, but the amount of sacks Brady has endured over the course of the season now reaches 21. The Chargers made a team total of 79 tackles today, showing how long they have been out on the field against the New England offense. Rookie cornerback Desmond King made an interesting mark against Brady about midway through the game, slamming his head on the turf after a bizarre end of a play. Both teams rushed to the field to break up the scuffle between the 40 year old quarterback and 22 year old rookie.

Both teams now enter the Week 9 bye, as it was a physical game today on both sides of the ball.