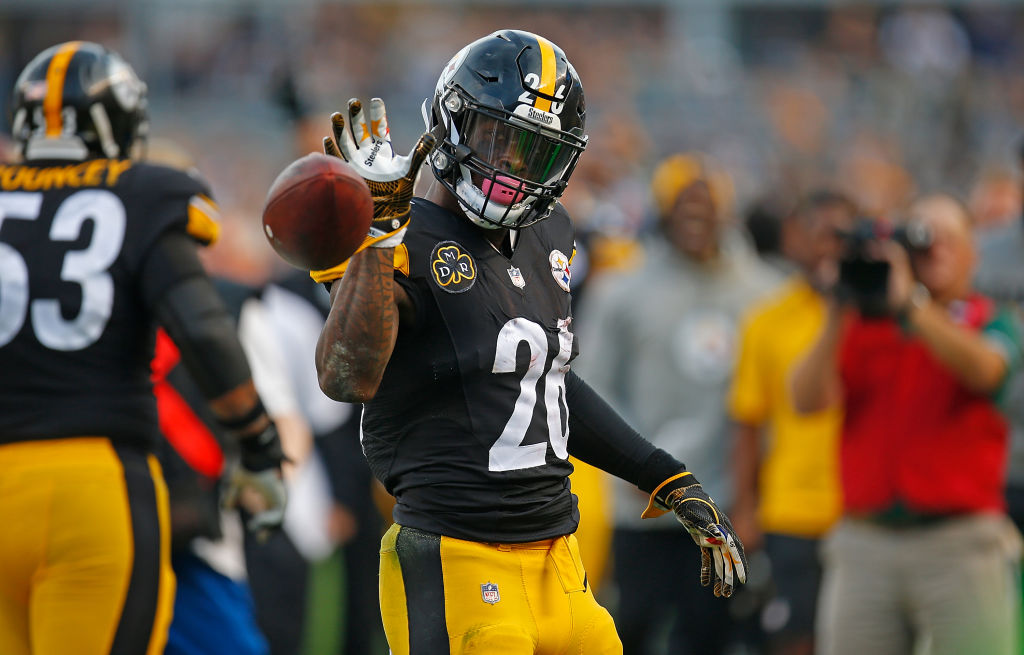 Steelers running back Le’Veon Bell seems to believe his style of play is unique to him, and doesn’t want anyone else trying to replicate it.

Bell, who is known for his patient yet explosive style of running, and for being very difficult to bring down once he gets his legs churning.

Bengals rookie Joe Mixon has a similar build, and is also a quick, shifty runner in his own right. Bell seems to believe it’s similar to his, and isn’t happy that Mixon is running like him, or something.

Check out what he had to say on Twitter during Sunday’s Colts-Bengals game.

for someone who feels they can do “way more” than I can, sure seems like u wanna be me! tryin to mimic my run style, my 1st down celebration

now u wear an arm sleeve on your left arm AND went to the mismatch gloves too?! lol just change your number from 28 to 26 while your at it..

You heard it, Mixon. Change your arm sleeve and your gloves — or else.