Scottie Upshall: "The less thinking we do, the better we are" 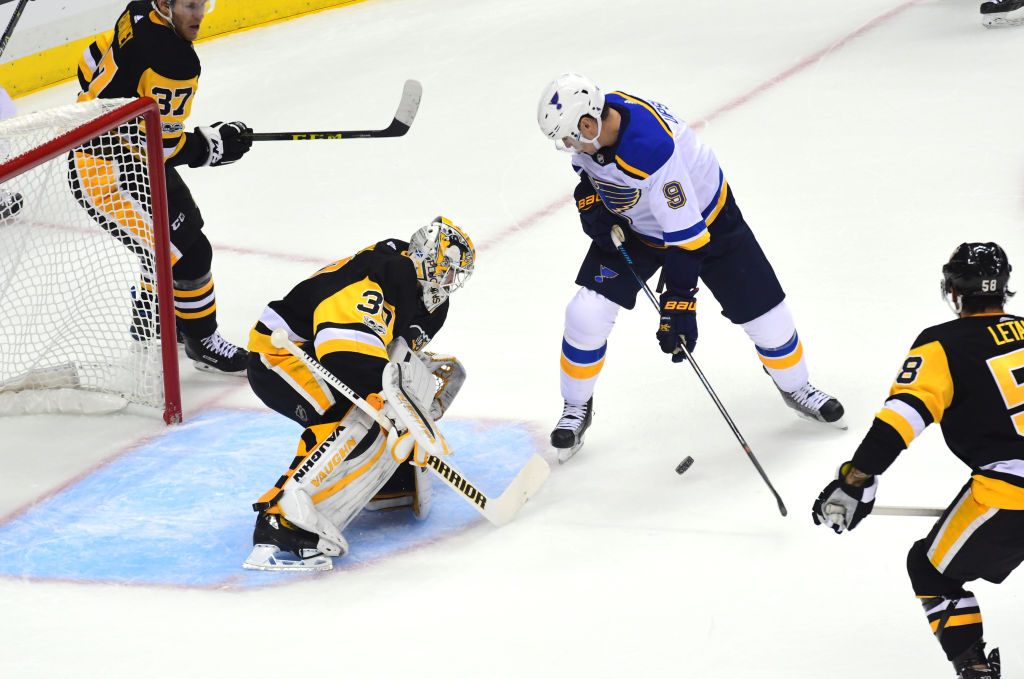 Scottie Upshall: "The less thinking we do, the better we are"

The St. Louis Blues are on quite the roll. Following a 4-1 victory at home against the Columbus Blues Jackets on Saturday, the Blues pushed their overall record to an extremely impressive 9-2-1. That recent victory was mostly fueled by an unexpected source – the team’s fourth line.

The fourth line factored in on three of the Blues’ four goals. Scottie Upshall scored the second goal of the night, assisted by Dmitrij Jaskin. The third goal scored by Joel Edmundson was assisted by Kyle Brodziak and Jaskin. Finally, the fourth goal was scored by Brodziak and assisted by Jaskin and Upshall.

That’s a great night by a line that usually doesn’t factor into too much offense.

What drove the fourth line’s success? Apparently their ability to turn their brain off.

“Our group, the less thinking we do, the better we are.”

That’s oversimplifying things some, but it’s accurate. The fourth line is at its best when its not trying to do too much. When they stick to what they do well, grinding and creating pressure while disrupting the opposition, good things tend to happen.

Finding success on the fourth line is a big deal for the Blues. Overall, the team could be criticized for relying a bit too much on their top-two lines.

“We felt like we were starting to get to our identity. The third and fourth lines, we can’t be lines that are going up and down the ice. We have to be getting the puck in the zone and creating energy and offense through zone time. I think we’ve found our identity a little more and benefited because of it.”

The main objective of the lower lines should be to trap the opponent – as best as possible – within their own zone. From there, the Blues can roll their lines and create some offense. It’s just a bonus when the fourth line generates said offense personally.

Depth is a constant discussion in the NHL and a critical component for genuine Stanley Cup contenders. It’s still early, but the Blues are starting to come around with their depth and pick up some help beyond the top lines.