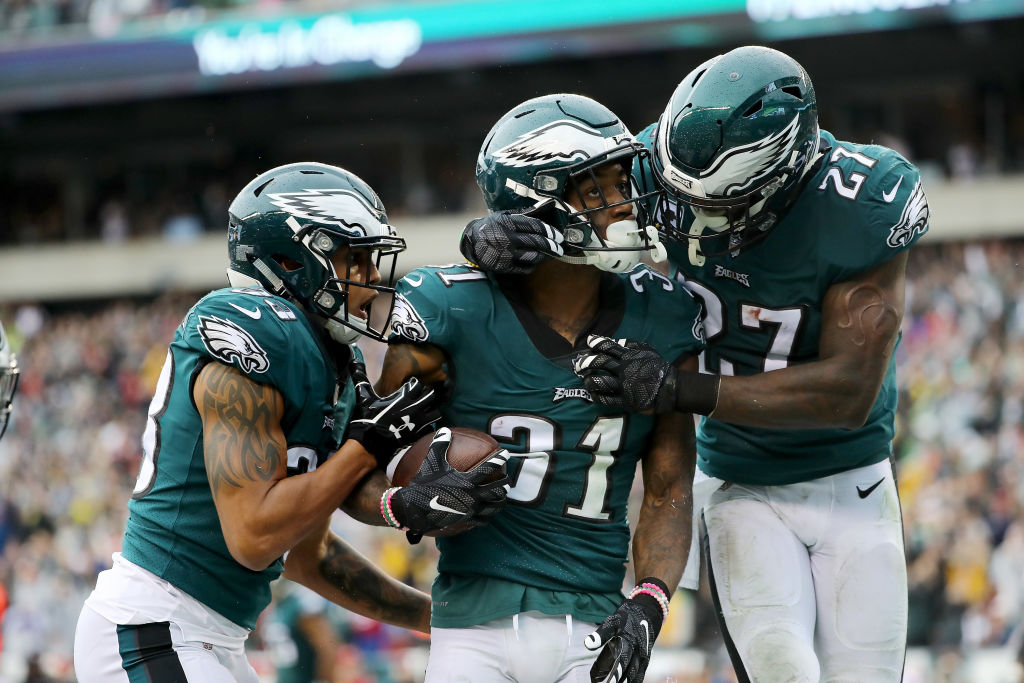 It’s another week and another win as the Philadelphia Eagles have now made it six straight wins with a 33-10 victory over the San Francisco 49ers.

With the impending rainy conditions being the story of this afternoon’s game, both the Eagles and 49ers defenses took advantage of the rather cautious play early on with both teams combining for three straight punts to start the game.

On the Eagles second possession however, they were able to get better movement of the ball, largely by getting their tight ends Zach Ertz and Trey Burton. Although the Niners kept the Eagles out the endzone, kicker Jake Elliott did his magic from 40 yards out to give the Eagles an early 3-0 lead.

The game went back to being a punt-off going into the second quarter, but the Eagles defense hit a second gear when a C.J. Beathard pass was intercepted by Rodney McLeod for the first turnover of the afternoon. Unfortunately, the offense could not squeeze any points out of it, committing their third-straight three-and-out.

On their next possession, the Eagles got Mack Hollins going with a pair of receptions to get the Eagles down the field. A pass interference call would put the Eagles in a perfect position for a wide-open touchdown pass from Carson Wentz to Ertz.

After the offense put up their first touchdown of the game, it was the defense’s turn when cornerback Jalen Mills picked off Beathard and took it 37-yards to the house. Wentz would come in and find Alshon Jeffery for a two-point conversion to put the Eagles up 17-0 just before halftime.

The Eagles continued to put points on the board midway through the third quarter with a 51-yard Elliott field goal, his fifth of 50+ of the season which set a new franchise record.

The Eagles would commit their first costly turnover later in the third quarter when Wentz threw an interception to Ahkello Witherspoon. The 49ers would take advantage with a 21-yard catch and run by Matt Breida.

It would not take long for the Eagles to answer when the Eagles put together an impressive three-play drive that ended with a 53-yard touchdown pass from Wentz to Jeffery.

Early in the fourth quarter, the 49ers looked to put more points on the board as they crept into the redzone, but just as Robbie Gould went for a 27-yard field goal, Derek Barnett swatted it out the air, helping the Eagles maintain their commanding lead.

The lead would only get bigger on the Eagles next drive with a 12-yard touchdown run by LeGarrette Blount. From there, it was all Eagles as they improved to 7-1 on the season.

Next week, the Eagles will once again be at home as they host the Denver Broncos. Kickoff is scheduled for 1 p.m.