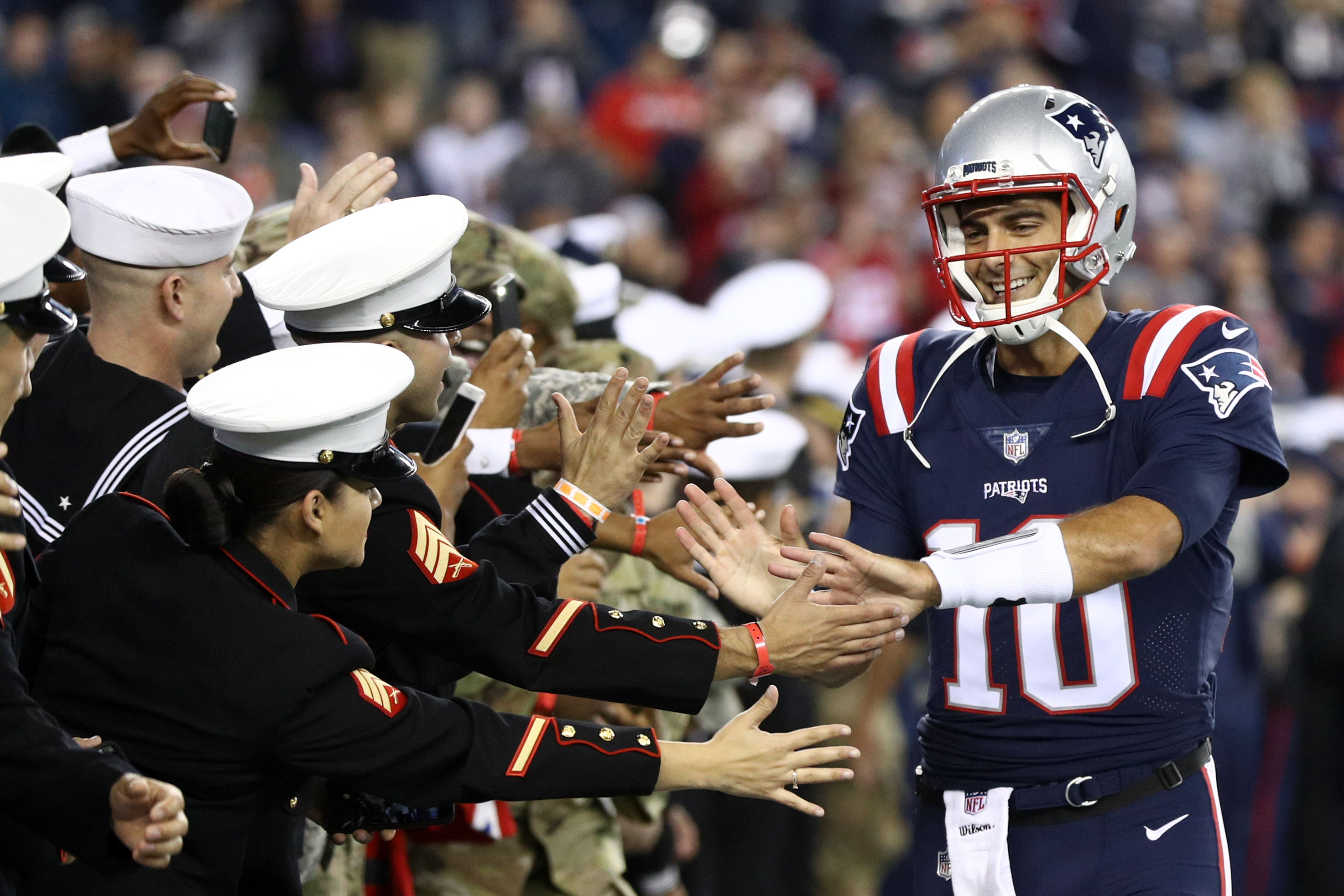 In a trade that will benefit the signal caller woes of the San Francisco 49ers, the New England Patriots have agreed to send fourth year quarterback Jimmy Garoppolo to the Bay Area for a coveted 2018 2nd round pick, according to sources.

In his four seasons in Foxboro, Garoppolo has progressed steadily, and at times stepped in for Brady along with former third stringer Jacoby Brissett, who was sent to the Colts earlier this season. Throwing almost 700 yards and 5 touchdowns in his tenure here in New England, the former Eastern Illinois standout now has a permanent home in San Francisco where he can showcase his skills on the big stage consistently.

Tom Brady is currently the only Patriots quarterback on the active roster.