Killer B's: Barzal, Bailey Benefited from Playing with One Another 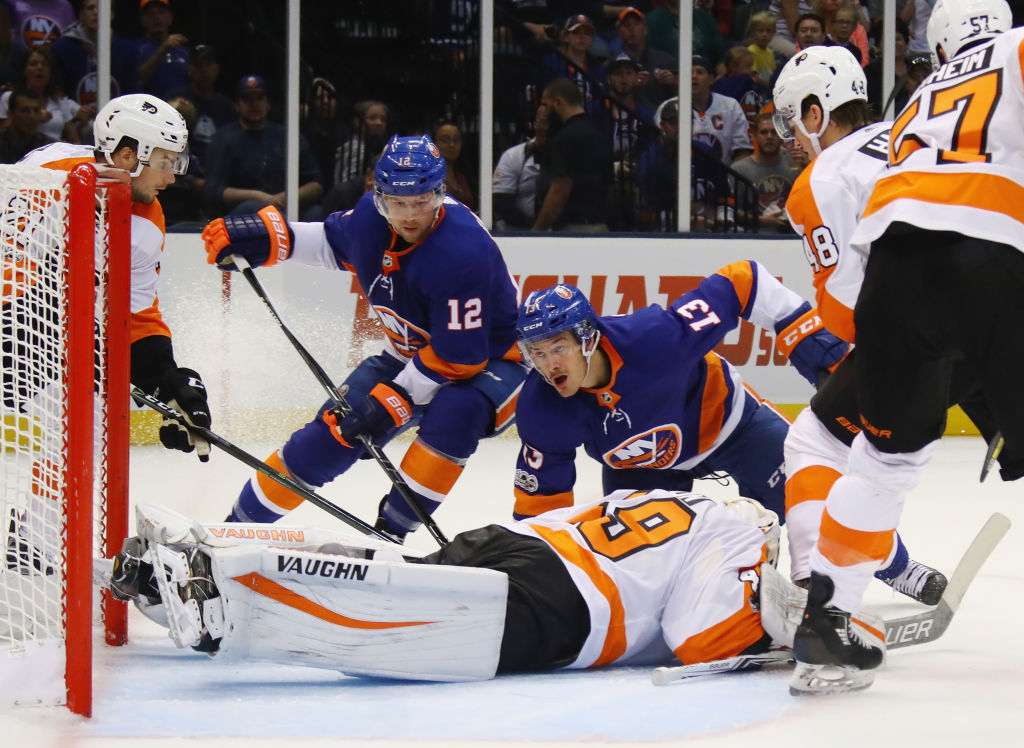 Killer B's: Barzal, Bailey Benefited from Playing with One Another

Since then the two have become the Islanders most consistent players on the ice night in and night out. Bailey, coming off a career year in 2016-17, sit second on the team in points (11) and Barzal has seen his confidence level rise every time he touches the ice.

The Islanders coaching staff opted to pair the two together early, along with veteran forward Andrew Ladd, to help the rookie’s confidence and put two experienced players alongside Barzal.

“Those guys are both cerebral defensive players as far as knowing position and knowing how to talk through things on the bench. I think that’s helped him early.” Islanders coach Doug Weight said.

The move paid off for the Islanders.

Barzal has been explosive on the ice, showcasing his speed and strength with the puck. Heading into Monday night’s game against the Vegas Golden Knights, Barzal has put up six points (two goals, four assists) in the last six games for the Islanders, which included his highlight reel worthy first career goal against the New York Rangers on October 19.

“He’s got a good wide base on his skates and he’s tough to push off the puck,” Bailey said. “You can see defenders now realizing his speed and skill and they’re backing off a little bit more. He’s really good at creating space and time and finding his wingers. It’s been fun to play with him.”

But Bailey’s play shouldn’t go unnoticed either as the former first round pick has been riding six-game point streak (two goals, seven assists) for the Islanders. The 28-year-old’s most notable play this season came on his between the legs goal he scored against the San Jose Sharks on October 21, but Bailey’s biggest attribute has been his playmaking ability.

Bailey’s eight assists are the most among any Islander player through the team’s first 11 games.

Bailey has often been the focus of criticism because of how high the Islanders drafted him and his lack of top-flight production, but Barzal sees a pretty overlooked player in Bailey.

“He takes some flak sometimes I think from fans and what not, but to me he’s a super underrated player around the league,” Barzal said. “If you seem him everyday in practice and games you’d realize how skilled and how smart he is. I’m actually really lucky to play with a guy like that.”

Whether the two play on the same line going forward is up in the air. Weight moved Bailey to the top line in the Islanders’ 6-2 win over Nashville on Saturday night and Barzal was centering the second line. Even separated, the pair continued to contribute offensively, with Barzal setting up Jordan Eberle’s second goal of the night and Bailey recorded an assist on Tavares’ third goal of the night.