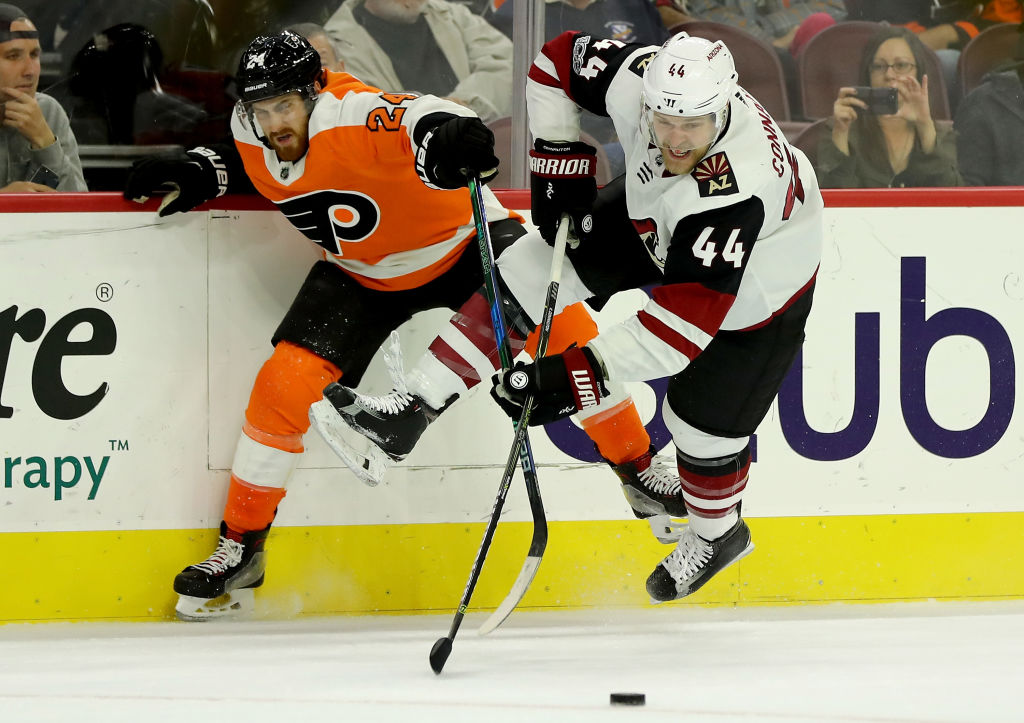 5 Takeaways from Coyotes vs Flyers

The first few minutes of the first period where the Coyotes score their first goal and it kicks in off Brian Elliott’s pad and past him. After the solid performance on Saturday vs the Maple Leafs, I was hoping that he would continue to have another good performance in net in his 2nd straight start. He did not.

Flyers start another two-game road swing with two tough teams in Chicago and St. Louis. While they managed to get a point vs the Coyotes, they will need to clean up their passing or this road trip is going to be a nightmare.