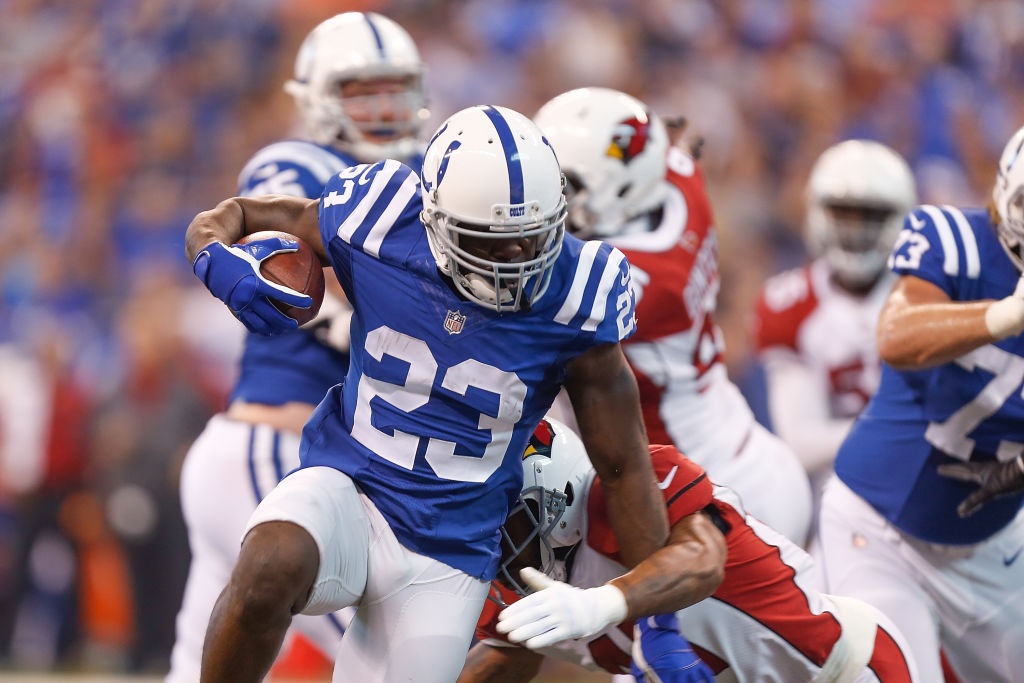 Before the Philadelphia Eagles decided to pull the trigger on a trade for Miami Dolphins running back Jay Ajayi, they were interested in another AFC running back.

According to Stephen Holder of the Indianapolis Star, the Eagles along with the Seattle Seahawks were interested in trading for the services of Indianapolis Colts running back Frank Gore. Holder reported on Monday that there were two mystery teams discussing the concept of trading for Gore, but a deal was far from a sure thing.

On Tuesday, we obviously saw that the Eagles opted for the younger running back, while the Seahawks stood pat.

This is not the first time; the Eagles have been linked to the 34-year-old Gore. A couple of years in free agency, Gore nearly signed with the Eagles, but reconsidered his deal, ultimately ending up in Indianapolis.

Gore, who is in the last season of a three-year deal with the Colts, has rushed for 404 yards on 110 carries through eight games. The veteran running back has not seen the success that he saw during his time in San Francisco due to age and playing behind a poor Colts’ offensive line.

Gore is still a viable option when it comes to pass protection, despite not having the eye-popping stats. However, it looks like the Eagles made the right move on NFL trade deadline day, getting the younger running back who hopefully has more years left in the tank.