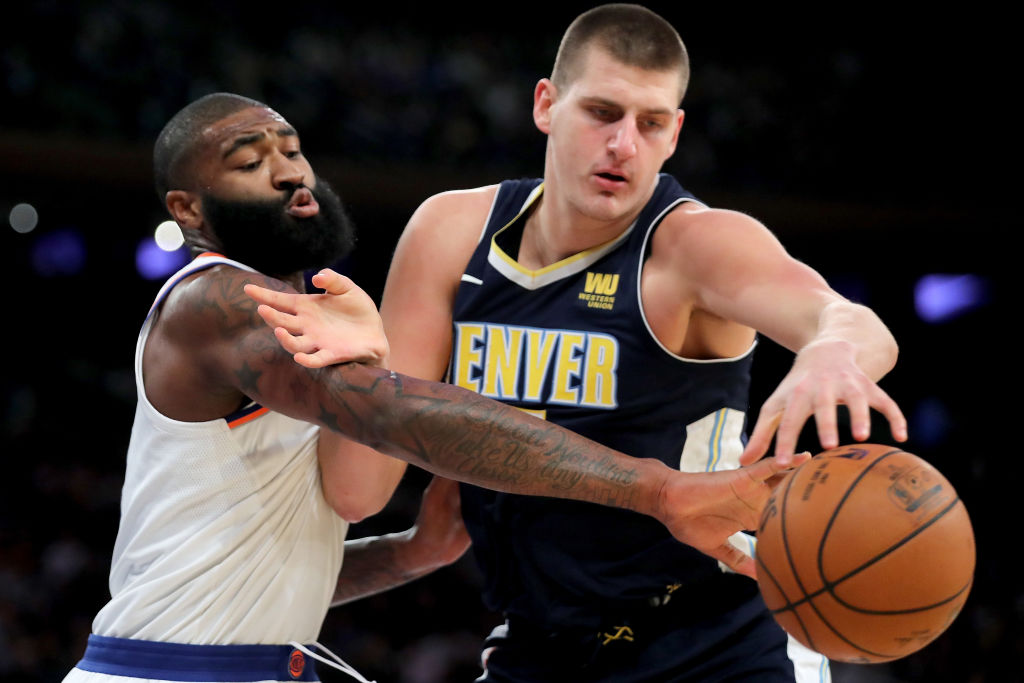 On Monday night, “M.V.P.” chants filled Madison Square Garden, but for the first time in almost seven years, Carmelo Anthony was nowhere to be found.

Instead, Kristaps Porzingis basked in the glory of the excitement, promise, and hope that he has begun to provide this fan base with as he pulled up to the charity stripe with the Knicks on the cusp of yet another victory. There’s a new energy inside MSG, one that was incredibly evident during New York’s third straight win — a 116-110 effort over the Nuggets.

Setting a new career-high, Porzingis scored 38 points and was red hot through the first half and much of the fourth quarter. He shot over a plethora of defenders, dodging the pressure put forth against his 7’3″ frame. His size provided such an advantage as his scoring opportunities came from a bevy of fade away jumpers. When Porzingis was really feeling it, he knocked down a handful of three-point field goals from way deep that no one would have expected he may even attempt. He continuously kept the defense guessing. New York was off and running with a lead that amassed over 20 points by halftime.

At this point in the young season, the Celtics have been the only team to successfully contain or slow down by Porzingis. Unfortunately for the Knicks, the Nuggets made a similarly successful adjustment as they presented New York with the third quarter from the hell. They swarmed Porzingis, double and triple-teaming the budding star each time he got the ball and the young gun simply couldn’t handle it. He finished the game with five turnovers, but there’s no denying that he was particularly flustered in the third quarter. Porzingis wasn’t alone in wearing the collar here. The Nuggets implemented a terrific zone defense, essentially blitzing the ball-handler and forcing key turnovers. Denver secured a two-point lead, charging back against a visibly disoriented Knicks squad.

But if anything is different about this season’s team, it’s that these youngsters are hungry and resilient. They don’t go down without a fight. Porzingis made a few more key shots down the stretch, but it was clear he received the help he desperately needed with the game on the line. Tim Hardaway scored all 13 of his points in the final quarter, and the Knicks finished with a balanced effort — six double-digit scorers, all of whom especially came alive in the fourth. This was enough to pull back the lead for good.

It’s worth noting that Kyle O’Quinn arguably had the game of his life and was the absolute X-Factor in this one. He was a monster down low, both offensively and defensively. The big man tallied 15 points, 12 rebounds, and 5 blocks. Even more impressively, he went to the free-throw line 10 times, sinking nine. His ability to draw fouls and pour in a handful of points while the clock was stopped really prevented Denver from developing any momentum when he was in the game. He’s clearly an underrated player on this team.