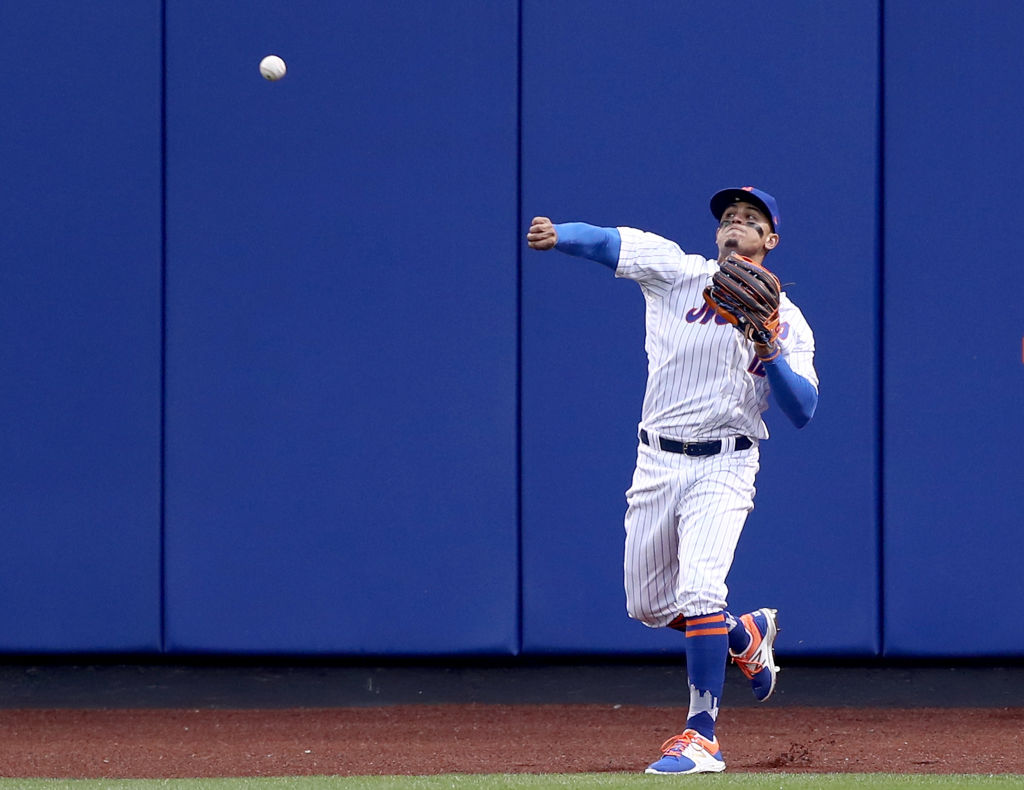 Now that the 2017 season is over for the New York Mets, we have been looking back at the year that was. After taking a more general view of the offense, pitching, and coaching staff, it’s time to take a look back at the Mets’ players. This series will take a look at every player on the active roster for the Mets at the end of season from A (Nori Aoki) to W (David Wright). The review will look at their season statistics, stories, and what role (if any) they will have next season. We continue our series today with a look at center fielder Juan Lagares.

NEW YORK, NY – APRIL 22: Juan Lagares #12 of the New York Mets sends the ball infield in the fifth inning against the Washington Nationals on April 22, 2017 at Citi Field in the Flushing neighborhood of the Queens borough of New York City. (Photo by Elsa/Getty Images)

Story: Juan Lagares entered 2017 in strictly a platoon role, slated to start against left handed pitching and enter games late as a defensive replacement. An injury late in spring training delayed the start of Lagares’ season, and once he did return he didn’t play much outside of his preassigned role. The Mets started to give Lagares some more playing time in early June, but that plan came to a crashing halt once he broke his thumb trying to make a diving catch on June 15th against Washington. That injury sidelined Lagares for six weeks, and once he returned the lay of the land was much different in the Mets’ outfield. Jay Bruce had been traded away to Cleveland and Curtis Granderson followed him out the door shortly afterwards, opening up more at bats for Lagares. Injuries to Yoenis Cespedes and Michael Conforto later in August guaranteed every day at bats for Lagares down the stretch, and he was decent in the second half, batting .239 with a homer and seven RBI’s in 159 at bats.

Lagares delivered a typical season by his standards. The Mets got more below average offense from Lagares to go along with his excellent defense, making him yet another question mark to consider going forward.

The Mets have a lot of questions about how to handle their everyday lineup in 2018, and what they do with Lagares will factor into a lot of the answers. There has been a strong argument to let Lagares play every day simply for his defensive ability, which made him a 1.5 WAR player despite his poor offensive skills. If Lagares can hit .260, like he did in 2015, the Mets can probably live with him as their every day center fielder with enough offensive upgrades elsewhere. Lagares could also be a trade chip for the Mets since a lot of teams would like to acquire him for his defensive ability. The Mets may opt to try platooning Lagares with Brandon Nimmo, who is not as good defensively but offers a better offensive skill set right now, but that probably won’t suffice unless the Mets invest significantly in other bats. Lagares is entering his age 29 season, so there isn’t too much time left for him to develop into more than he already is, making the choice of what to do with him very difficult.

Check back tomorrow as our Player Review Series continues with a look at starting pitcher Seth Lugo!