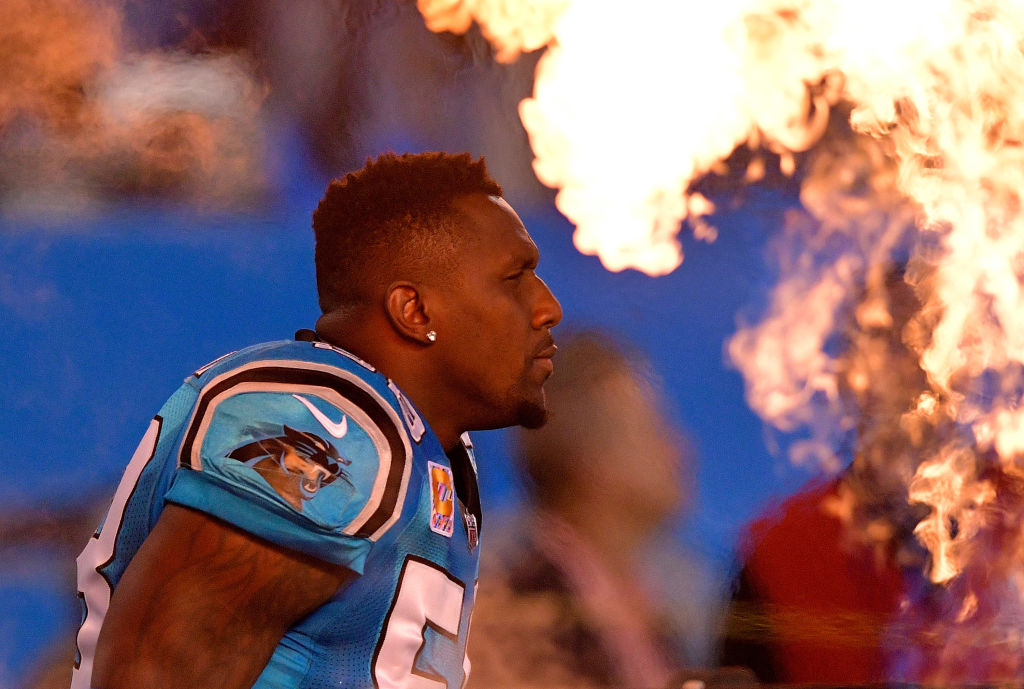 The (5-3) Carolina Panthers have rebounded from a disastrous 2016 campaign, and now sit just one-half game behind the Saints for first place in the NFC South.

That’s why it was a bit surprising when the team elected to trade No. 1 receiver Kelvin Benjamin to the Bills on Tuesday — just three minutes before the trade deadline expired.

Benjamin led the team in receiving yards (475) so far this season, and was second in receptions (32). He’s only caught two touchdown passes, though, which is a bit surprising, given that he stands 6-foot-5, and weighs 243 pounds. Benjamin wasn’t getting it done in the red zone, which is what teams look for in a No. 1 receiver, and maybe that’s part of why the team traded him away.

Still, it was a bit of a curious move, given the Panthers’ lack of weapons on offense. Panthers veteran linebacker Thomas Davis sure didn’t seem to be happy about it, as he sent the following tweet after Benjamin was traded.

Davis has been in the league since 2005, and he knows the NFL is a business. That didn’t stop him from voicing his opinion following Tuesday’s trade, though.