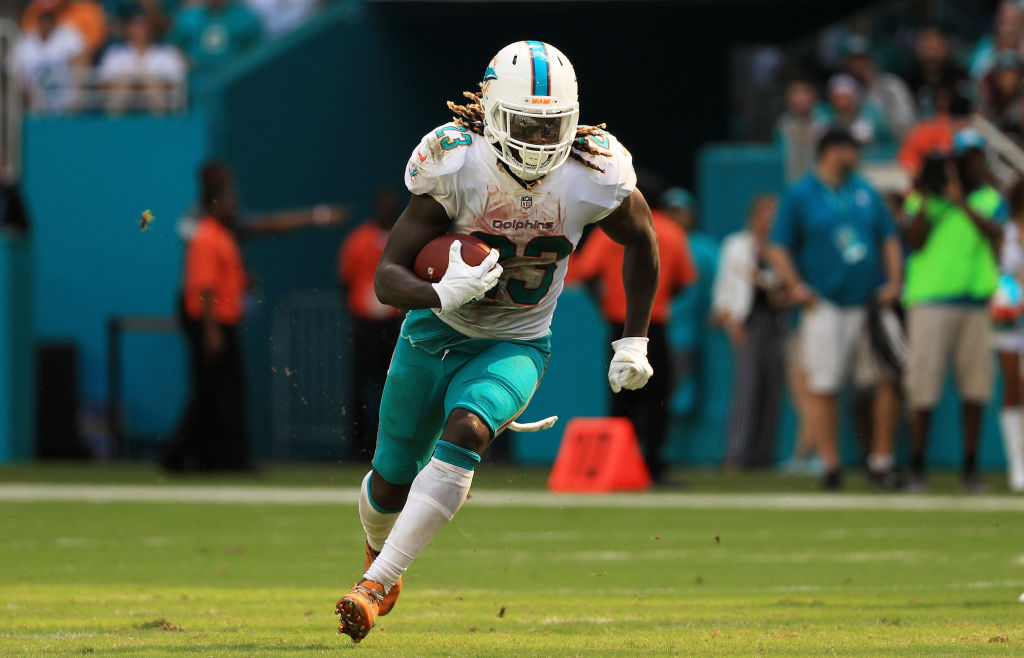 It looks like the Philadelphia Eagles are serious about making a potential playoff run this season. According to NFL insider Ian Rapoport, the Eagles have traded a 2018 fourth-round pick in exchange for Miami Dolphins running back Jay Ajayi.

This is a surprising move as many people expected the Eagles to target either a linebacker or left tackle before the NFL trade deadline. However, the Eagles now get a young, lead back in Ajayi who has proven to be a threat in both the receiving and running game.

This season, the 24-year-old Ajayi has 465 rushing yards on 138 carries to go along with 14 receptions for 67 yards. Last season, Ajayi broke onto the scene in a big way as he was one of the main reasons why the Dolphins made the playoffs.

The Boise State product had a career year on the ground with 1,272 yards on 260 carries and eight touchdowns. On the other hand, in the receiving game, he had 27 receptions (35 targets) for 151 yards.

Also, did I mention that last season, Ajayi had three games where he rushed for 200 plus yards? He’s a good running back that can carry a heavy workload and should be able to help the other backs on the Eagles’ roster (LeGarrette Blount, Corey Clement, Wendell Smallwood, Kenjon Barner).

Nevertheless, it should be interesting to see if Ajayi plays this week against the Denver Broncos or if the Eagles make any more moves before the trade deadline commences.