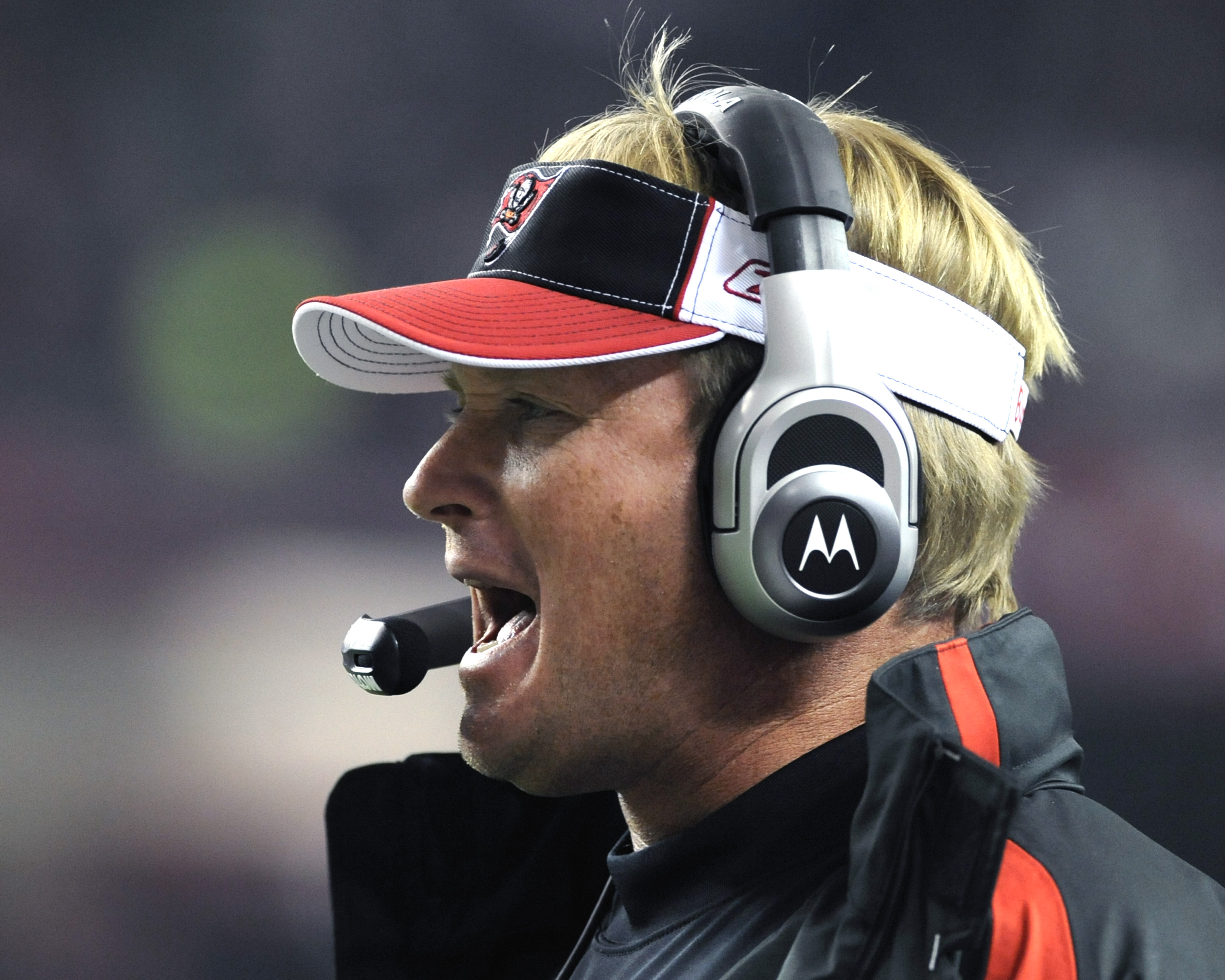 There were high expectations for the Tampa Bay Buccaneers heading into the 2017 season, but the team currently holds a 2-5 record, which has them in last place in the NFC South standings.

The team’s underwhelming play on the field has head coach Dirk Koetter’s seat getting a bit warmer with each passing week, and if the team doesn’t turn things around soon, it could lead to him being fired as a result. Even though he’s only been at the helm for less than two full seasons, Koetter had never been a head coach at the NFL level before, and there was some doubt as to whether or not he could get the job done.

With the Bucs having lost their last four games, talk about Koetter’s future is heating up, with rumors swirling about him being on the hot seat. Mike Lombardi of The Ringer spoke about Koetter’s situation on the most recent episode of his podcast — “GM Street” — and he revealed that Jon Gruden could be headed back to the Bucs if Koetter is fired.

“A lot of people in the NFL are telling me that they’re hearing Gruden back to the Bucs,” Lombardi said. “He’s made up with the Glazers, and they could bring him back.”

“Nobody outside the NFL is talking about it, but everybody I talk to inside the NFL thinks it’s over with for Dirk Koetter if he doesn’t get this thing turned around fairly quickly,” Lombardi said.

Gruden coached the Bucs from 2002-08, and is a favorite among fans. There’s now a lot of pressure on Koetter, who is likely coaching for his job, with the possibility of the only person to lead the team to a Super Bowl victory waiting in the wings.