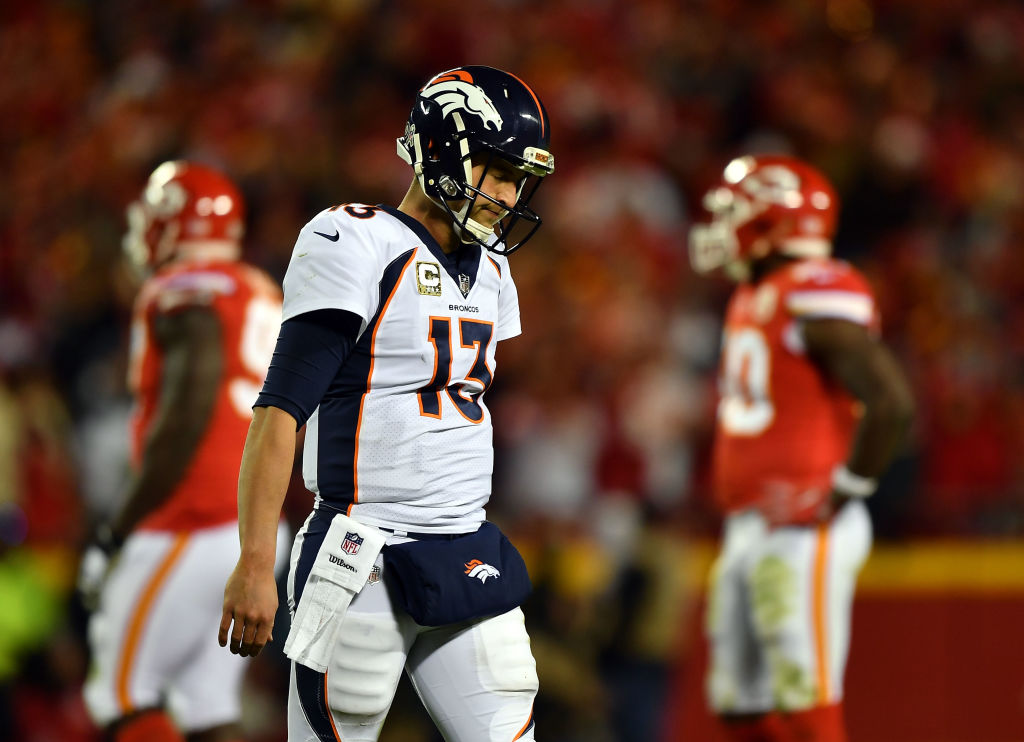 The turnover woes continued for Broncos quarterback Trevor Siemian in Monday night’s 29-19 loss to the Chiefs.

Siemian threw three interceptions in the game, and completed only 19 of 36 passes for 198 yards. He’s now thrown only three touchdown passes and eight interceptions in his last five games, which is clearly holding the offense back, and Siemian’s inefficient play is a big reason the team has lost four of its last five.

Head coach Vance Joseph elected to stay with Siemian in the second half of the game, rather than playing Brock Osweiler in his place, and it’s currently unclear who will start under center in the team’s Week 9 matchup.

Siemian was asked about the possible change at the quarterback position going forward, and had this to say about it after the game.

Siemian on if he’s worried about a potential QB change: “it’s not my job (to decide). … I’ve got to play better.”

Siemian: “The next game comes up pretty quick. I’ll watch this, look at the bad stuff I did and fix it.”

The Broncos quarterback did add that he committed “too many mistakes,” and that the team did a good job of attempting to keep the game close.

Trevor Siemian: “it’s kinda scary. Turn the ball over four times and you’re still in it against Kansas City. … Too many mistakes by me.”

Siemian also noted that the most frustrating aspect of Monday’s loss is that he was beating himself, and admitted that he was pressing a bit at times, which could explain some of the interceptions.

Things won’t be getting easier for the Broncos in this Sunday’s Week 9 matchup, either, as Denver will travel to Philadelphia to face the Eagles, who currently have the best record in the NFL. It might be time for a quarterback change to shake things up a bit, as Siemian has not been getting the job done.