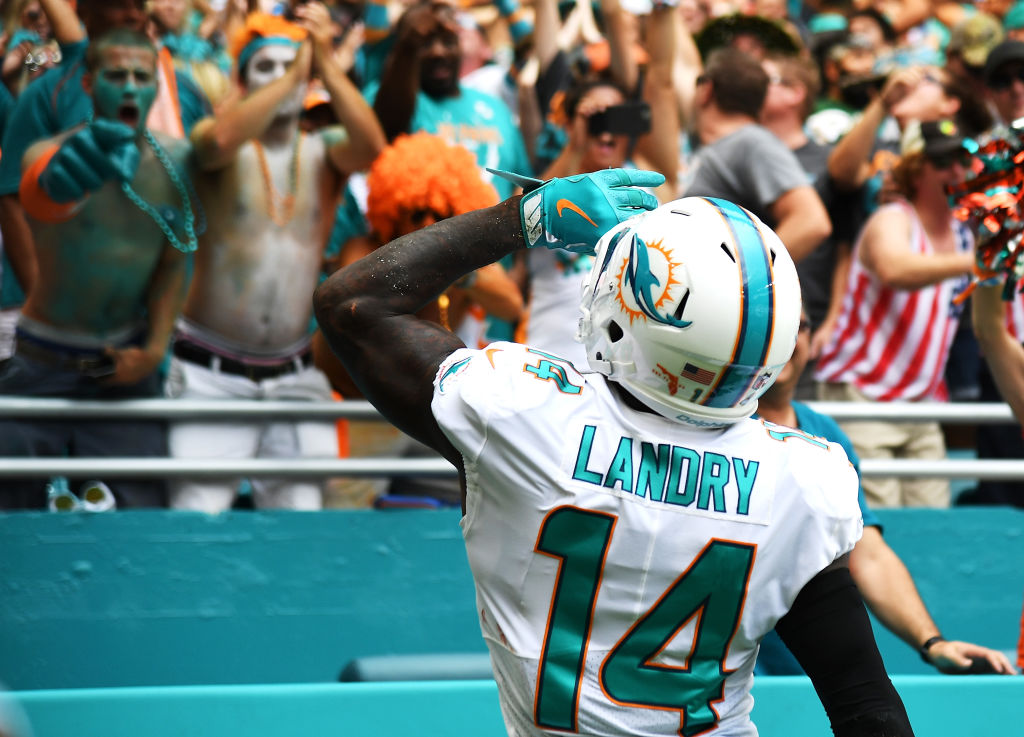 The Dolphins were clearly sellers leading up to the trade deadline, but the team’s actions over the past 24 hours showed that while they were looking to move some talent, there was no fire sale taking place in Miami.

Running back Jay Ajayi was traded to the Eagles on Tuesday in a move that surprised many, illustrating that the Eagles are in “win now” mode, while the Dolphins are heading toward more of a rebuild.

Then came the reports that the Dolphins were shopping Jarvis Landry, which prompted the team’s leader in receptions to further add to the speculation with an Instagram post. It showed a photo of Landry, along with the following caption:

“Sometimes it’s not just about where you been.. It’s where your headed to #JuiceUp“

But Landry isn’t going anywhere it seems, at least not this season. ESPN’s Adam Schefter reported that there is “zero chance” he is moved on Tuesday afternoon.

It appears the team was actively fielding calls for Landry, but did not get the offer they wanted. That’s how it goes in the NFL, more often than not. This year was particularly crazy in terms of the number of trades for big-name players, but that’s certainly not the norm.