College Football Playoff rankings reveal No. 7 Penn State is still on the radar 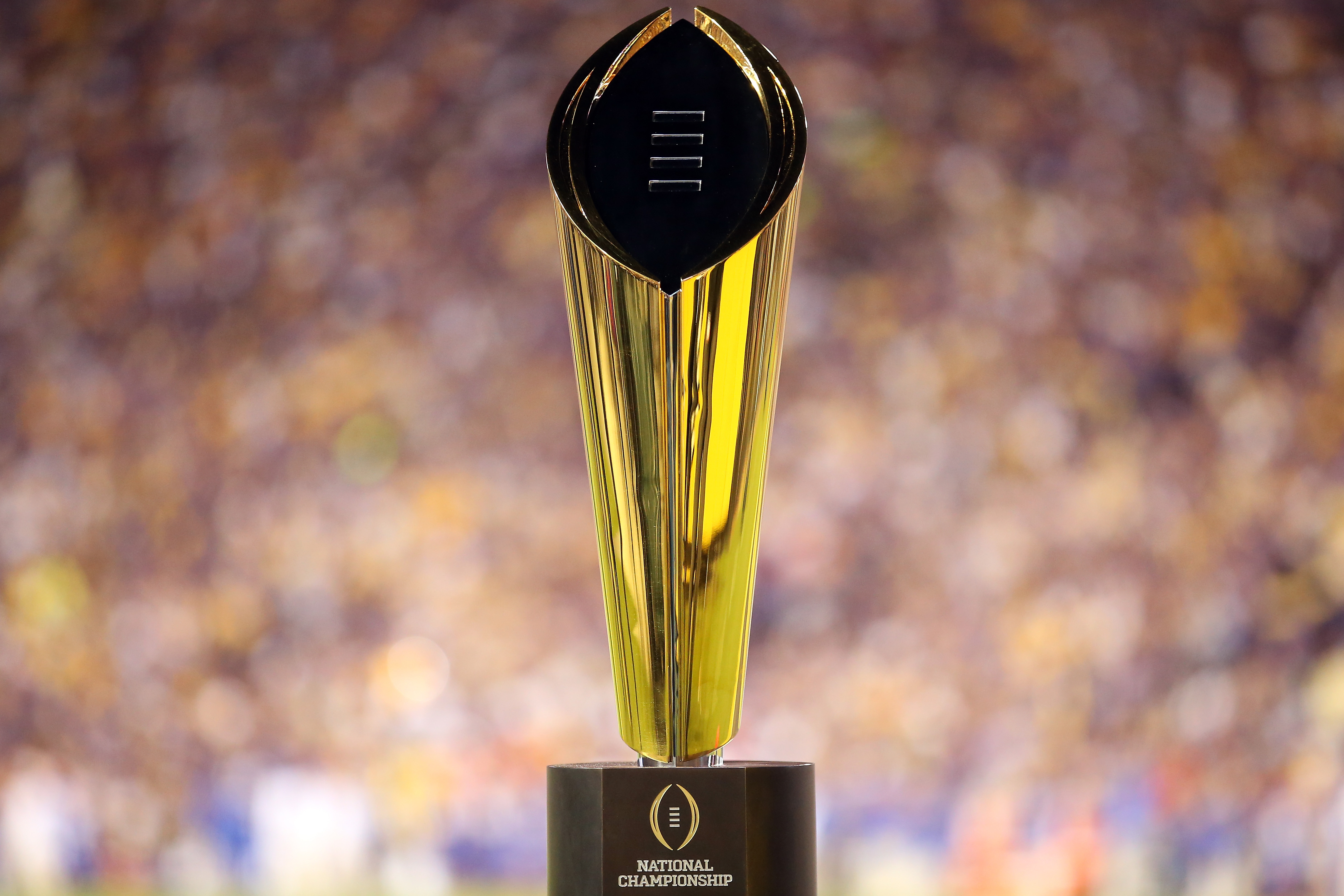 College Football Playoff rankings reveal No. 7 Penn State is still on the radar

The initial College Football Playoff rankings for the 2017 season were unveiled Tuesday night, and Penn State landed in the same spot they did in the AP Top 25 and the coaches poll. At No. 7, Penn State is the fifth-best one-loss team in the nation as determined by the selection committee for the playoff. And if we’re being honest, that feels like a pretty fair assessment given the data used to form this ranking.

No. 3 Notre Dame’s only loss of the year came at home by one point against No. 1 Georgia. The Irish are the only team to really find a way to hang with the Bulldogs this season, so the Irish landing third was to be expected given back-to-back wins against USC and NC State on top of an earlier victory over Michigan State. Notre Dame unquestionably has the best resume of the one-loss teams.

No. 4 Clemson made some noise early in the year with big road wins at Louisville and Virginia Tech, although the Tigers may be getting a bit of a pass for being the defending national champions here. Their road loss at Syracuse may not have been the ugliest a loss a playoff team could suffer, especially while playing with a banged-up quarterback who was knocked out just before halftime. The Tigers have not been spectacular lately and have not been burying their opponents the way they did earlier in the season. Having Clemson No. 4 is probably too high, but they’ll get a game at NC State to prove they belong here this weekend.

No. 5 Oklahoma had the worst loss in the nation for a playoff contender until we started to realize that Iowa State may actually be pretty good. The loss at home to the No. 15 Cyclones is hardly the stain it could have been any other season. And Oklahoma has one key win in their favor over the next two teams in line; a road win at Ohio State.

No. 6 Ohio State came in just ahead of No. 7 Penn State after this past weekend’s victory in Columbus. This was fair and to be expected. And because they lost to Oklahoma, the Buckeyes should have been slotted behind Oklahoma in the first rankings. What does this all mean for Penn State? A few things.

First, Penn State is still very much on the College Football Playoff radar no matter how much some have been quick to dismiss the Nittany Lions with a month to play. One need to look no further than the brief history of the last three teams to come in at No. 7 in the initial playoff rankings for validation of that idea.

Only one of those teams went on to play in the playoff, and it was Michigan State that did so with a victory over undefeated Iowa in the Big Ten championship game to get the final push in. The Spartans managed to get there on the strength of a last-second road victory at Ohio State in the regular season, the only loss of the year for Ohio State in 2015. For Penn State, the circumstances are not as forgiving as of right now, but the proof is there to suggest being No. 7 right now is far from the impossible uphill climb. Michigan State made it, and TCU was left at the doorstep at No. 5 with a case to be included anyway. Pay no attention to how Louisville ended last season (unless you like that Lamar Jackson lost a couple of games and still won the Heisman Trophy… just saying).

It is very simple for Penn State, in concept. Win the last four remaining games, and the Nittany Lions will remain on the playoff radar. Do they need some help? Most likely. I’ll get to what to root for in a separate post tomorrow, but some of that will be pretty obvious.

James Franklin and Penn State will play the one game at a time mantra, as they should. There is simply no entry to the playoff with another loss. Winning out the regular season is essential to even have the discussion. Go 11-1 and seeing where they measure up at the end of the season is the goal right now.

Regardless of what happens in the playoff picture, however, Penn State is now in a prime position to go to one of the New Years Six bowl games, even if these rankings hold form the rest of the way.

The Cotton Bowl has been the most popular pick for Penn State in the bowl projections from various outlets, and a game played in Jerry World would be a fun way to end the season if the playoff doesn’t come falling into Penn State’s laps. The other option would be the Peach Bowl in Atlanta. We’ll see how the bowl projectors adjust their thinking (if at all) in the next week now with the benefit of viewing the playoff rankings. Some projectors have kept Penn State in the College Football Playoff even after the loss to Ohio State. That may be going with the assumption Ohio State and Penn State win out and other teams sitting in front fall by the wayside, and that is absolutely a possibility.

The College Football Playoff is still in sight, although from a much greater distance you expected with 10 minutes to play on Saturday. And if the playoff isn’t happening, then a Cotton Bowl or Peach Bowl is still a fun way to end the season, even if somewhat unfulfilling. It would still be a step forward for Penn State though, and that is not insignificant.