Inside NBA Offseason Training With Knicks' Director Of Performance 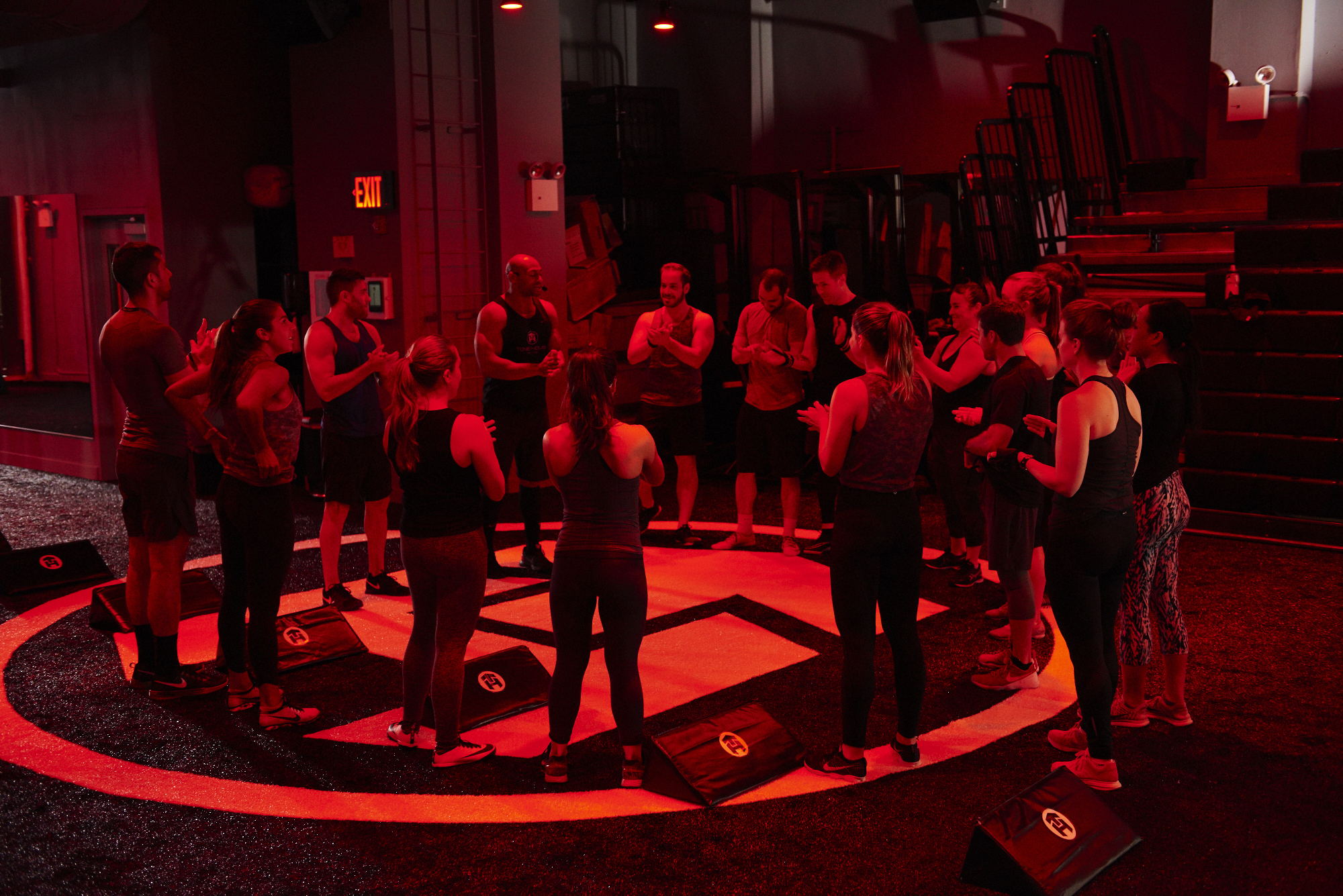 Inside NBA Offseason Training With Knicks' Director Of Performance

After a slower start to the season, the Knicks have come roaring back, boasting plenty of potential. This team is sure to experience some growing pains along the way, but the promising youth in New York should make for an exciting journey to follow in the months ahead. Kristaps Porzingis is embracing his new role as a leader of the squad quite well. Still, building a winning and healthy culture doesn’t start and end with one player. The Knicks are hoping to develop a complementary young core around Porzingis, spearheaded by this year’s draft choice in Frank Ntilikina.

With the goal of instilling that type of culture early on in the forefront , a handful of Knicks were taken to Tone House before the season began to experience an unique kind of workout. Located in New York City, the facility hosted Ntilikina, fellow rookie Damyean Dotson, and some of the team’s other youngsters.

“I think for any sporting environment, the biggest thing for player development coaches to focus on is competitiveness and toughness. When we go outside our facility, it has to be somewhere that speaks the same language from a discipline standpoint,” Knicks’ Director of Performance Mubarak “Bar” Malik told KnicksJournal.com. “To be ready for a workout at Tone House, you have to eat, sleep, and recover the right way. It’s one of the hardest facilities to go to, [especially] if you’re not taking care of yourself over the course of a given day.”

Tone House promotes a collaborative and supportive environment that focuses on the importance of teamwork. For the Knicks, it proved to be the perfect place to begin developing that camaraderie from the onset.

“You’re pushing sleds, doing different crawls, galloping, and making different movements. It’s a race, but in the background, you’re cheering each other on. You might be in a different group, but it’s an encouraging environment,” Malik said when describing the workout. “Even if you’re the last one, it’s not a demeaning place. Your teammates are there to support you. They make sure everyone completes the activities. Guys want to win in games, in practice, just everywhere. Tone House pairs you up into different teams and keeps that competitive spirit alive. It doesn’t feel like a day off.”

“It’s unbelievable to have someone like Bar come in, have a great workout himself, and then want to bring his players along. When I first opened Tone House, I was hoping it would become a hub for athletes to train at in the offseason,” Founder and Director of Training Alonzo Wilson shared with Knicks Journal. “But also, we’re a place where the everyday stock-broker, grandmother, or model can all work out together. Sometimes that happens. You have people from all different backgrounds come together.”

For Wilson, a fitness model and two-time national champion as a defensive lineman for Grand Valley State, creating this welcoming and open environment while promoting a healthy lifestyle is key. He found his motivation to build the culture at Tone House from an inspiring place.

“My mother had cancer and happened to be obese. The doctor told us that if she was in better physical condition, she would have had a stronger chance of fighting it. That stuck with me and got me into fitness. That’s why our workouts are the way they are,” he said. “It’s a very supportive atmosphere. If you support people during a hard practice, it lifts your spirits and makes you a better team.”

Wilson has successfully carried out his vision. Malik is quick to sing his praises, shedding light on his meticulous attention to detail and ability to relate to athletes. He knows how/where to push for more and/or pull back as needed. That was crucial in selecting Wilson to run the workout with the Knicks, Malik said.

“Basketball players are in the best condition possible. I don’t want to lose that and Tone House abides by the standard.  We wanted to make sure our guys were tapping into that level of conditioning heading into a weekend. I need to make sure they keep up that mindset throughout the offseason,” he explained.

This aforementioned workout regiment was geared towards the team’s prospects, with current Westchester Knicks Nigel Hayes and Xavier Rathan-Mayes also participating, according to social media. Some of the team’s more veteran players were active during boxing workouts at Rumble Boxing in New York City.

For the Knicks’ Director of Performance, it’s all part of a day’s work.  There’s truly no offseason for someone like Malik, who follows New York’s players all year long. If anything, the summer months only intensify for a person in his position. It’s up to Malik to travel and check in with players to follow up on their individual goals: they are tested before they leave the Big Apple, and upon their return for a new season as well. It’s up to him to assist those who are looking to gain weight, become more explosive, and/or follow up during various offseason tournaments, like the Olympics or FIBA championships.

“[My job] entails overseeing and implementing a holistic program. It’s broken down into three tiers: sports science, physical performance, and recovery. It’s my job to have a viewpoint on our guys 365 days of the year,” he said. “Even when they’re not with us, I need to have a pulse on every member of our team from a training, physical, and management standpoint. Are they manipulating their training phases to be ready by October 1st? There’s consistent communication and engagement.”

The goal for someone like Malik is clear, and there’s no doubt the environment at Tone House assists him in supporting the Knicks in the best possible fashion.