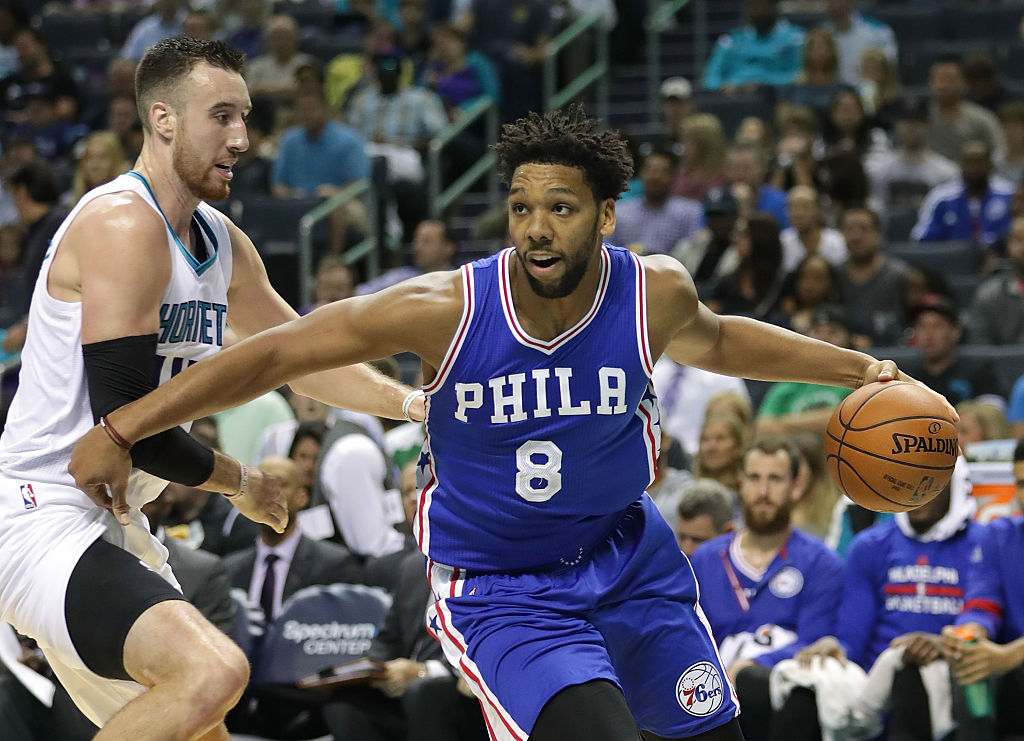 Jahlil Okafor is finally fed up with the BS in Philly and is trying to force his way out this season:

“Bryan didn’t think [a buyout] would be a great idea,” Okafor said, “because he said he would be giving me away to a team for free. But that’s pretty much where we stand right now.”

“That’s where we stand today because you waited so long to trade me,” Okafor said. “There’s nothing else to do. I’m not playing here. At the end of this season, I’m an unrestricted free agent.

“I tried to do everything the right way,” Okafor said. “I tried to be professional; I will continue to be professional. But at some point, I have to defend myself, and this is my career. I’m not sure if [Colangelo] cares about that. I think that’s evident at this point.”

I don’t blame Philly for drafting Okafor. Most GMs prioritize talent over need (although some might fault them for passing on Porzingis). But at some point, you need to forecast roster trouble and make moves. Look at this:

Imagine if I had told you back in June 2016 that all the #sixers would get for Jahlil Okafor and Nerlens Noel is Justin Anderson and cash.

If Okafor keeps chirping to the media, the 76ers might finally cave. And…

Assuming @JahlilOkafor did get a buyout, the #Celtics would be the most likely destination for the center.

The Celtics have been linked to Okafor since 2015. Danny Ainge obviously sees talent, he just hasn’t been willing to give up assets like Smart and Rozier in a deal.

I’ve also reached the point where I think Brad Stevens can turn any player into a productive one.