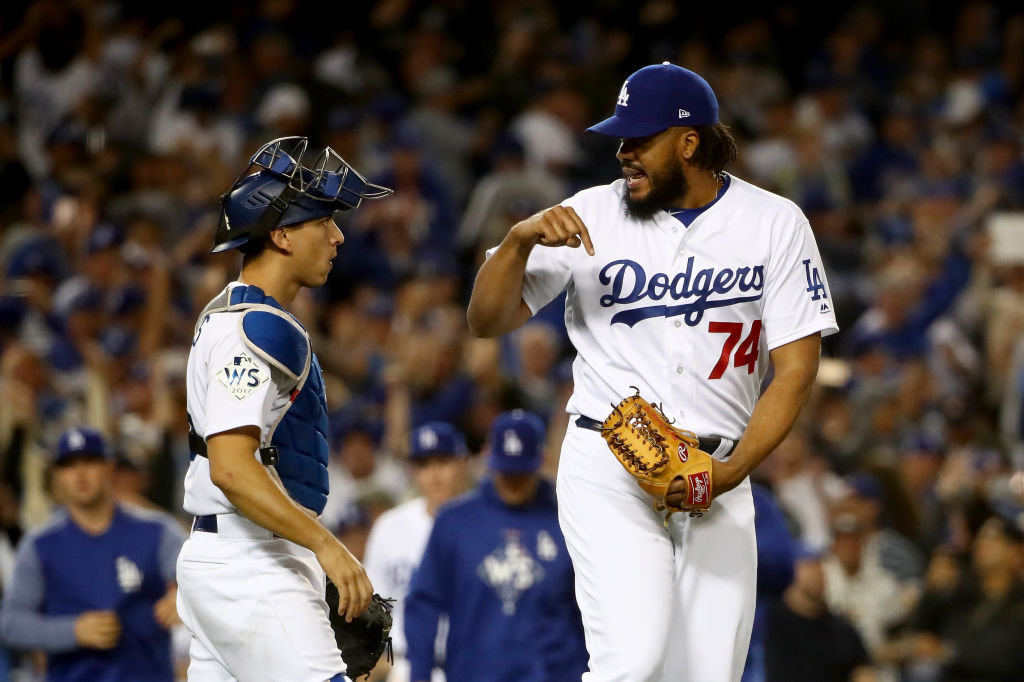 It took Kenley Jansen only 19 pitches to record six outs and close the door on the Astros in Game 6 of the World Series, forcing a winner-take-all matchup at Dodger Stadium on Wednesday night.

Jansen was extremely efficient in rebounding from an uncharacteristically bad performance in Game 5, when he was listed as the losing pitcher in the box score after giving up two hits, including the game-winning single in the 10th inning. A number of analysts believed that Jansen was merely fatigued — after having pitched in four of the team’s first five games of the World Series — and that he just needed a break.

Jansen proved them right on Tuesday night, returning to his dominant form in two innings of work. The stud closer did not give up a hit, and struck out three of the six Astros batters he faced. The Dodgers pitcher who started Tuesday night’s game talked to the media about Jansen’s six-out save, and had some high praise for his teammate after the 3-1 win.

“He’s the best closer in baseball,” said Rich Hill, the Dodgers’ Game 6 starter, via MLB.com. “To see him coming out of the bullpen for the eighth, everybody was really excited. He wanted to come back and prove himself and win it for every guy in this locker room.”

Jansen threw 18 strikes on only 19 pitches, and will be available for Game 7, if given the opportunity.

“I feel great,” Jansen said about his availability. “Whatever they want me to do. Excitement, adrenaline. We’re in front of our fans, it’s awesome, Game 7. These fans are ready for it. We’re going to try to do everything, stay focused and try to help our team win.”

Jansen is the current postseason leader in saves (5), and he’ll likely get one more opportunity to possibly add to that total and maybe even improve on the 1.72 ERA he currently boasts in the 2017 MLB Playoffs on Wednesday night.

And sure, it’s not surprising that Hill would think highly of his teammate, but he happens to be right about Jansen. The 30-year-old tied for second among all MLB pitchers during the regular season (41), and posted the lowest ERA of all closers during that time (1.32).

Now, it seems that the only thing left to round out Jansen’s stellar résumé is to close out a World Series Game 7, and he may be given the opportunity to do that on Wednesday night.